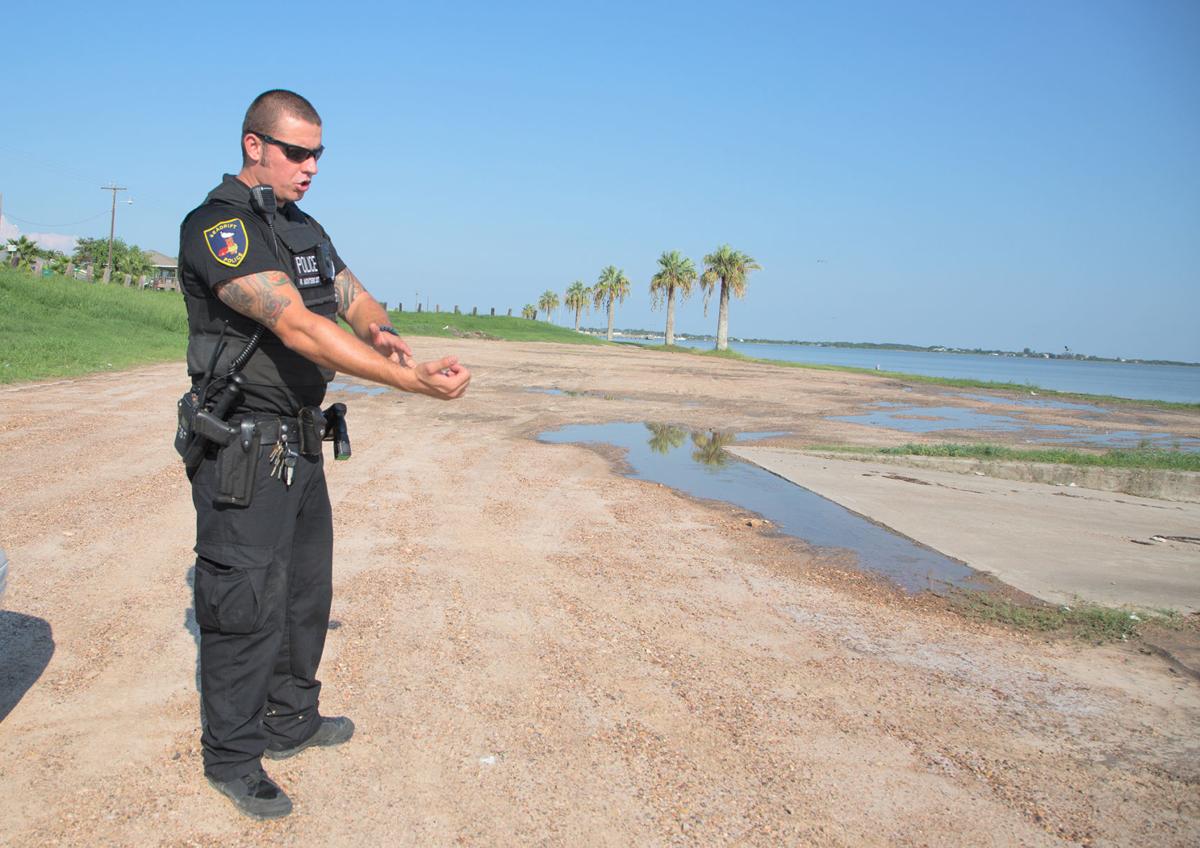 Patrol officer Robert Montero describes how the first man who he and Lt. Louis Warren saved had a cut on his arm when they found him. In July, Montero and Warren were honored at a Seadrift City Council meeting for saving two people who attempted suicide. ANA RAMIREZ/ARAMIREZ@VICAD.COM. 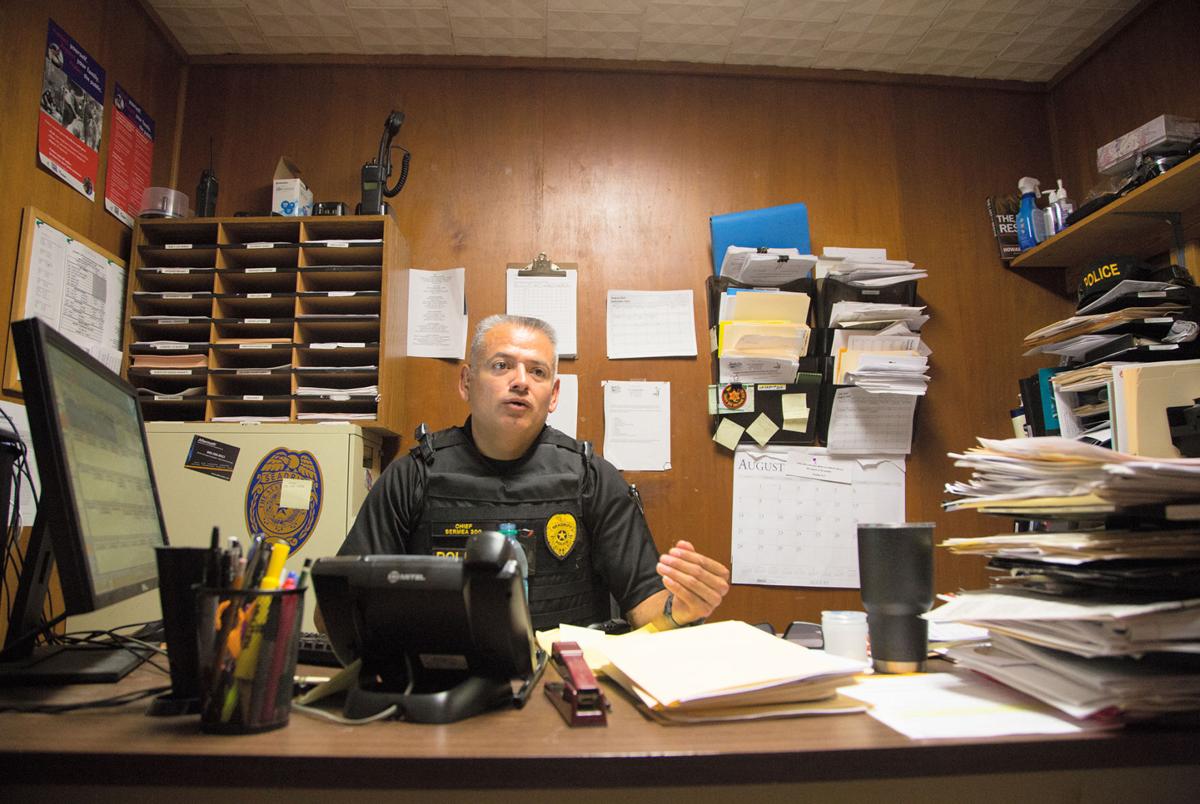 Patrol officer Robert Montero describes how the first man who he and Lt. Louis Warren saved had a cut on his arm when they found him. In July, Montero and Warren were honored at a Seadrift City Council meeting for saving two people who attempted suicide. ANA RAMIREZ/ARAMIREZ@VICAD.COM.

Seadrift is a place where its three officers can easily spot something out of place.

With a population of about 1,446 and barely 2 square miles to patrol, the officers can name each kid they see trudging to the bus stop weekday mornings.

Small Crossroads towns like Seadrift lack the resources to offer training to officers on how to handle mental health crises. The officers try to compensate for that by knowing more deeply the people they serve.

They did that on Fourth of July. Then, Officer Robert Montero and Lt. Louis Warren spotted a car parked on a boat dock near Bayfront Park.

The car had a temporary tag. They didn’t recognize the driver.

When Montero got to the car, he noticed the driver’s head was tilted back. The man’s eyes were closed and blood was soaking through the fabric car seat, pooling on the floor board.

The man had cut his right arm from his wrist to his elbow.

“Help is on the way,” Montero said as Warren applied pressure to the wound.

The first thing the man said was, “I want to die.” But Montero and Warren pushed that aside, determined not to let that happen.

That man, who the officers later learned was a veteran unhappy with his treatment, lived and so did another who, a few weeks later, slit his throat. The second man was not only living with mental illness, but in a shed with no air conditioning or running water.

Of the 20 law enforcement agencies in the Crossroads, nine agencies have fewer than 10 full-time peace officers.

Seven percent of all peace officers in the Crossroads are certified by the state as mental health officers. None are in Seadrift.

Chief Leonard Bermea does not grant days off when the coastal town’s population increases from May 1 to Sept. 30.

“Somebody could die because we’re not on patrol, because we’re out there trying to better ourselves. What’s the call I’m supposed to make?” Bermea asked.

The department also only has about $1,000 to spend annually on training.

“I have a SWAT course coming up in October that I’m doing, and that alone is going to be $1,000,” Montero said. “A lot of our stuff that is not able to be covered by the police department comes out of our own pockets. It’s hard to balance everything.”

Are you interested in how much money candidates raise in campaign donations?