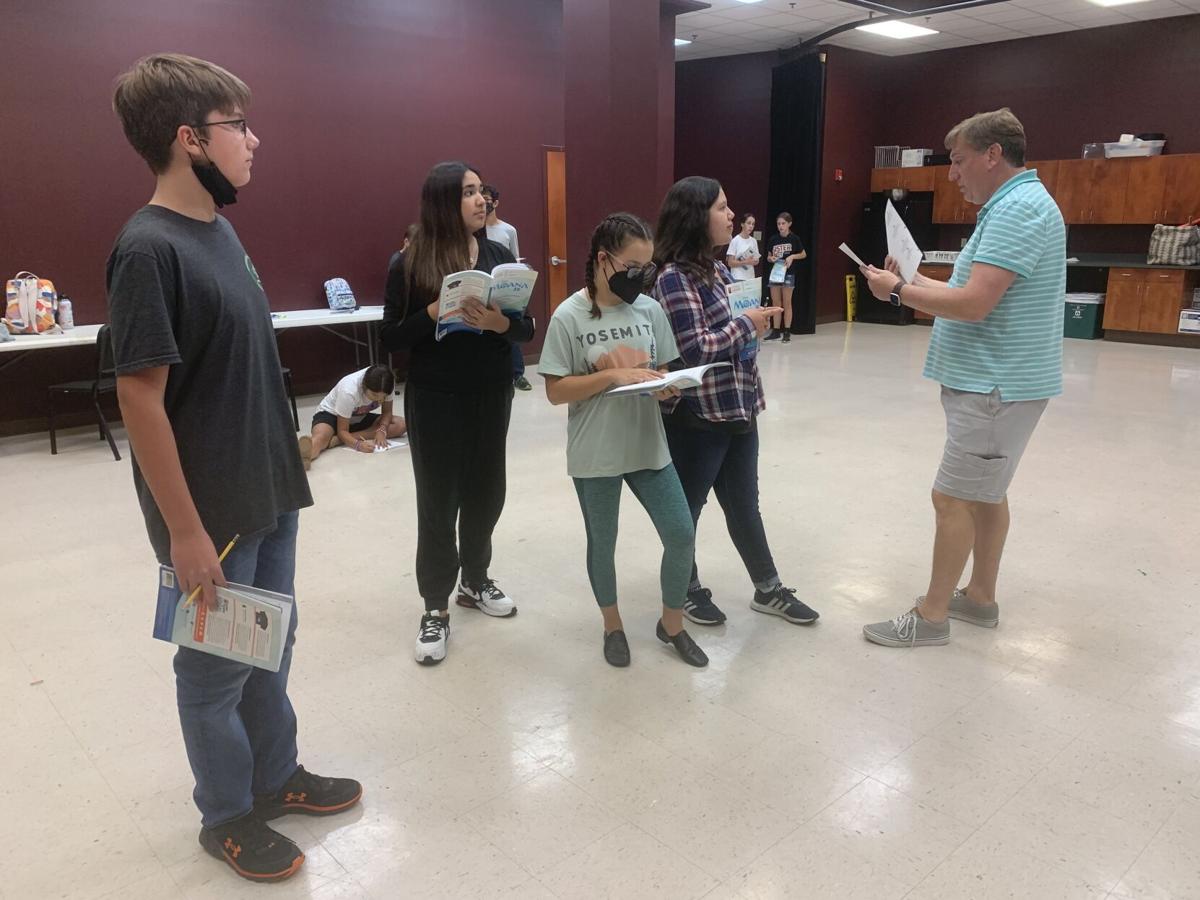 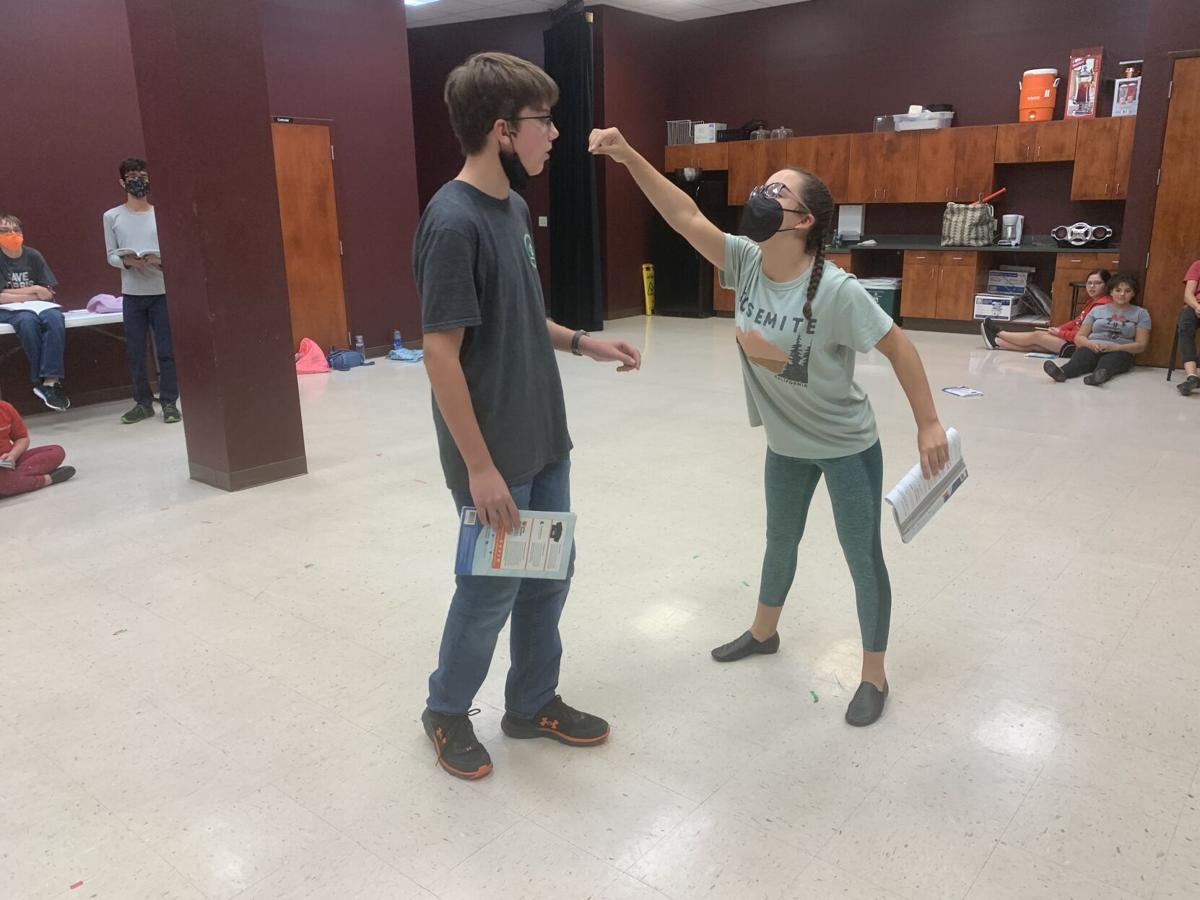 When it comes to live theater in Victoria, children are in luck this month.

Almost 20 cast members ranging in age from 8 to 17 will sing and dance their hearts out in Theatre Victoria’s production of “Moana Jr.” at 6:30 p.m. Oct. 23 and 24 at the Ethel Lee Tracy Park Amphitheater.

The musical is based on Walt Disney’s 2016 computer-animated movie, “Moana,” which features songs written by renowned Lin-Manuel Miranda, the award-winning composer, lyricist and actor who created and starred in Broadway’s “Hamilton” and “In the Heights.”

Moana is the strong-willed daughter of a South Pacific island chief who sets out on an ocean voyage in a daring adventure to save her people. Along the way, she meets the once-mighty demigod Maui who helps her find her way as well as her identity despite enormous odds.

“We wanted to do more challenging shows for kids, so this is another one similar to ‘The Lion King’ with different languages to learn, not just lines,” said Michael Teer, executive director of Theatre Victoria and director of the musical. “They sing in English, Samoan and Tokelauan languages, so it’s a good challenge for the performers.”

“Moana Jr.” appealed to Teer because of the movie’s popularity and its well-known songs.

“It helps out tremendously when the kids know what they are coming to see,” Teer said. “The parents get to introduce their kids to live theater in a way that is familiar to them.”

After “Frozen Jr.,” the first performance at the outdoor amphitheater, Teer received a lot of positive feedback from parents. They liked the outdoor venue because their children could stand up and stretch their legs and sing along to the songs without disturbing those around them.

Teer said the upbeat music reinforces the musical’s positive storyline about Moana growing into a leader. He added that he can hear hints of the musical styles from some of the main composer’s other productions including “Hamilton” and “In the Heights.”

Loria Rose is the music director for the hour-long musical which features about 20 songs including the popular “You’re Welcome” and “How Far I’ll Go.”

“It’s so classic Disney, very positive and uplifting, and everything is super catchy as you would expect from any Disney musical,” Rose said. “So, for me, it’s about nostalgia, and I love it.”

Rose finds the musical appealing because of its inspirational “girl power” message. Since the beginning of September, the cast has been rehearsing for the musical four days per week for two hours each session.

Olivia Mahon choreographed the dances for the musical.

Marissa Oubre, a 15-year-old sophomore at West High School, plays Moana. She decided to audition for the role because she loves Moana’s bravery in the movie. Since her voice range leans a bit more toward alto than soprano, she has been working with Rose to hit the high notes. Marissa is not new to singing, though. Home videos show her belting out “Mamma Mia!” songs as a child. She performed in her first musical as Fern in “Charlotte’s Web,” a Cade Middle School production. Later, she was cast as Alice in Theatre Victoria’s “Matilda the Musical.” As a result of joining the theater community, Marissa said she has gone from shy and introverted to an outgoing chance-taker.

Greg Buesing, 12, a seventh-grade student at Howell Middle School, plays the part of demigod Maui. Greg has performed in Theatre Victoria’s Triple Threat Theatre (T3) Summer Camp productions including “The Little Mermaid Jr.” and “High School Musical.” Getting involved in theater has provided opportunities for meeting new friends, being expressive and having fun, Greg said. He is a big fan of the movie “Moana” and appreciates playing a character who is so confident.

“It’s so fun to act like you think you’re awesome all the time. He (Maui) acts like he’s the greatest, and there is no one better than him,” Greg said. “‘Moana’ is a great movie, and I think people will want to see what it looks like as a musical and how the kids perform it.”

“From the get-go, from auditions to rehearsals, he’s done a great job of being a standout in terms of wanting to watch him all the time,” Rose said. “He’s such a great charismatic actor that you can’t help but root for him from the beginning.”

Taking children to see live theater is a good way to expose them to art as well as support the community and those who work so hard to present incredible performances, Rose said.

“Everyone will be incredibly impressed with the amount of work the kids have put in. This musical is quite a bit harder than some of the adult shows we have put on,” Rose said. “They have taken on an incredible workload and have hustled to get it done, and I think it will be a great show.”

Attendees can spread out blankets and bring low folding chairs so people can see over them. In the past, families have brought picnic dinners to enjoy during the performance. Soft drinks, water and candy bars will be available for purchase.

“We do these kids’ shows to show off the talent in Victoria, and parents can take their children to see live theater and know the material is appropriate,” Teer said. “The kids enjoy it because they are familiar with all the songs. This is a great outing with the kids. Who doesn’t want an outing with the kids?”

What: "Moana Jr.," a musical production of Theatre Victoria

More information: Tickets are $15 each at www.theatrevictoria.org or at the event