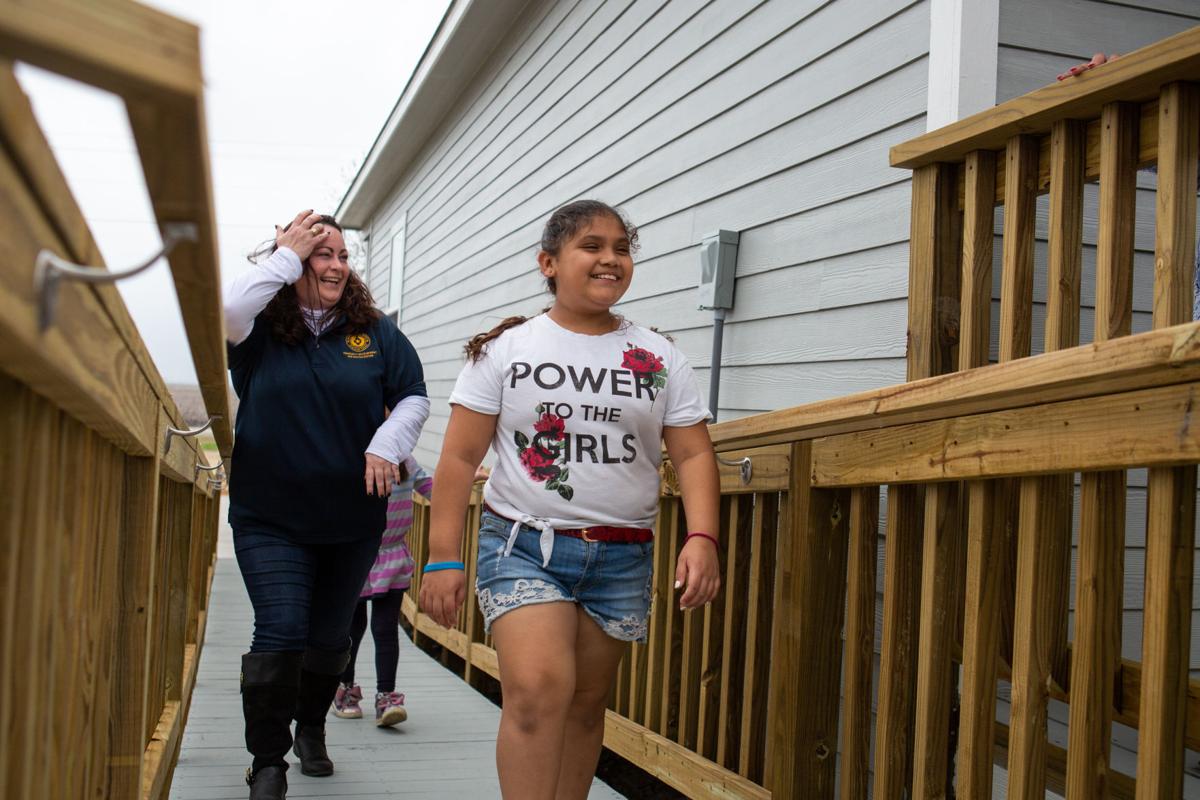 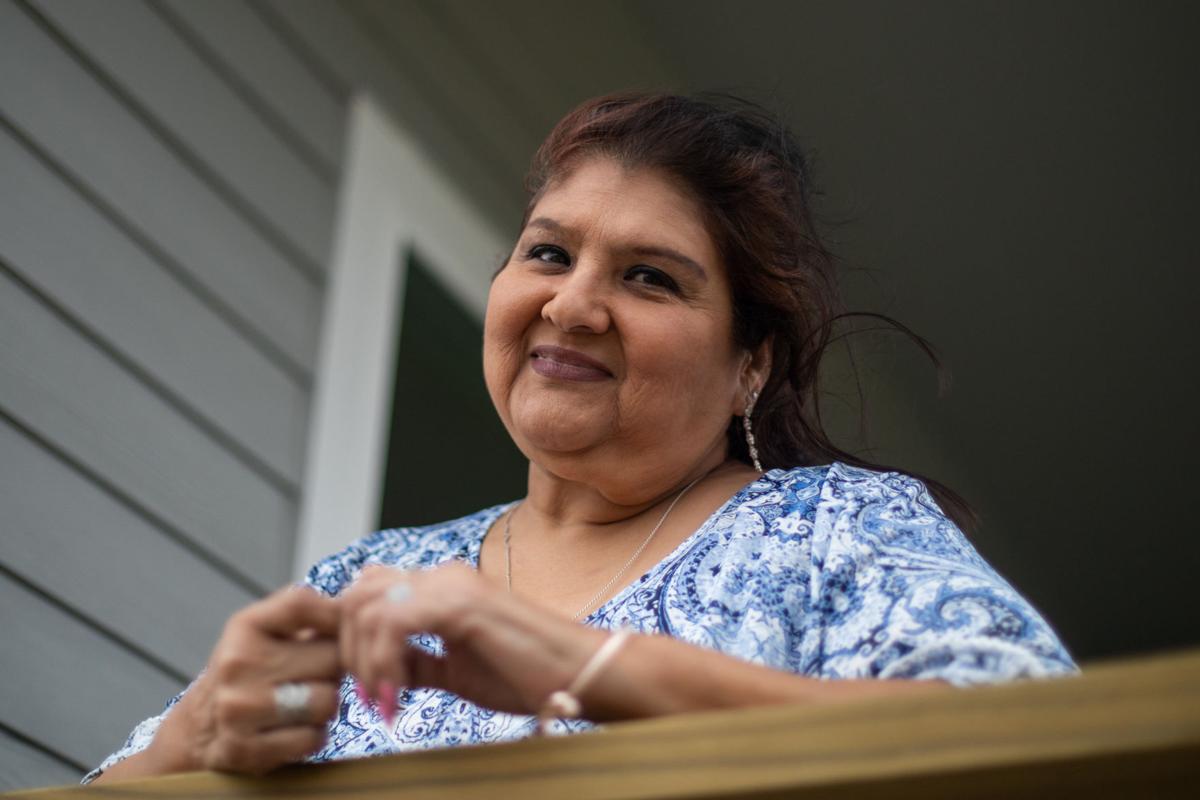 Josephine De La Vega leans on the railing on her back patio at her new home as her daughter and granddaughters tour the outside of the house. 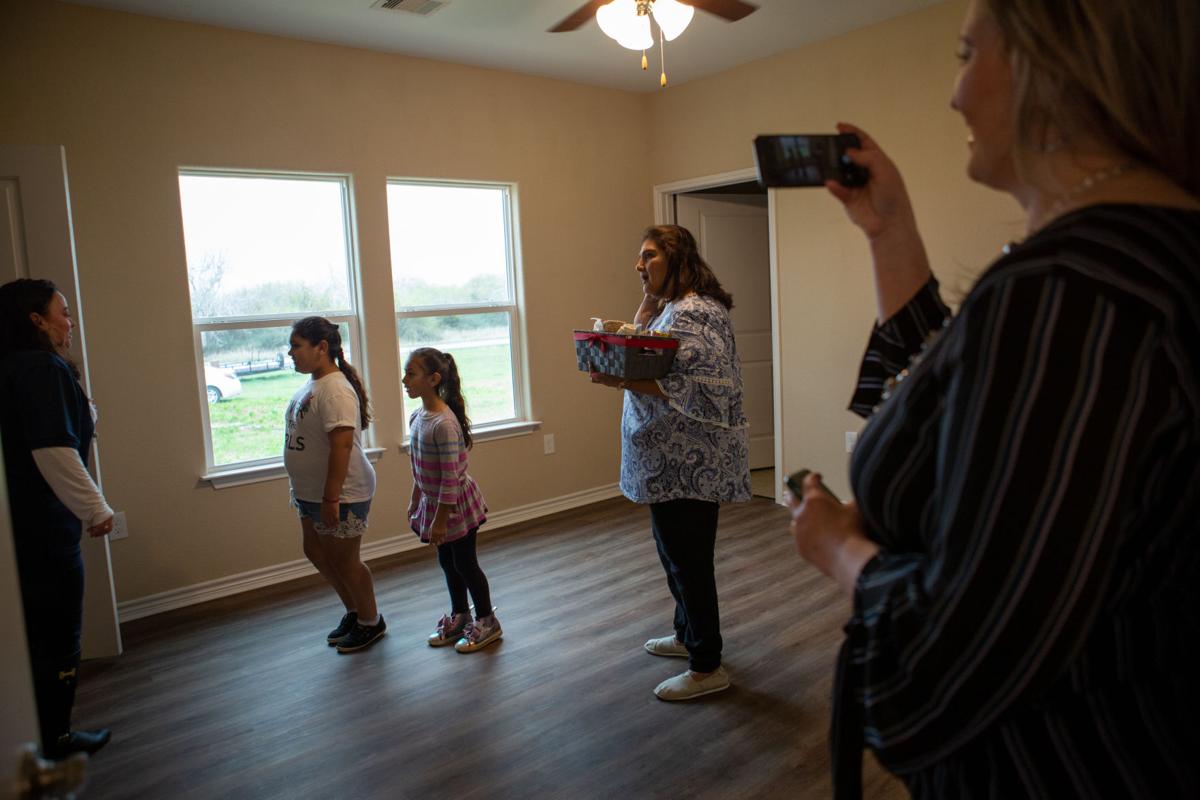 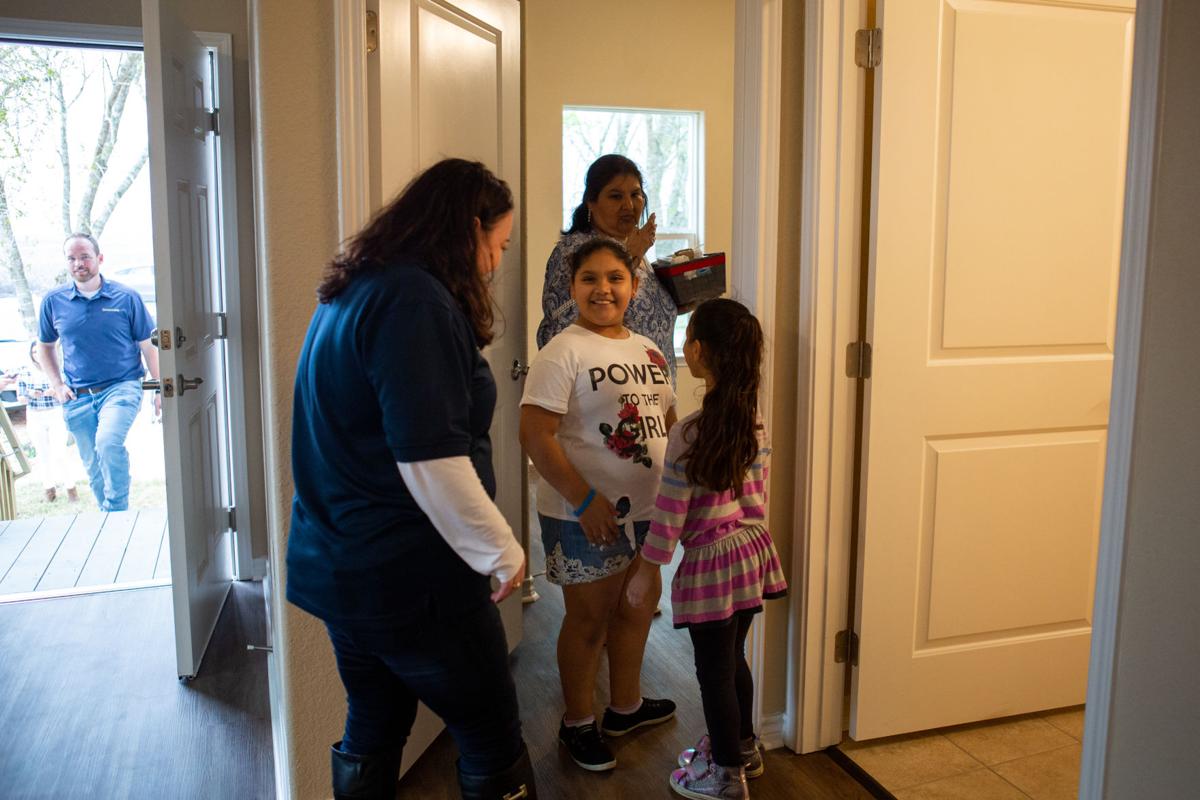 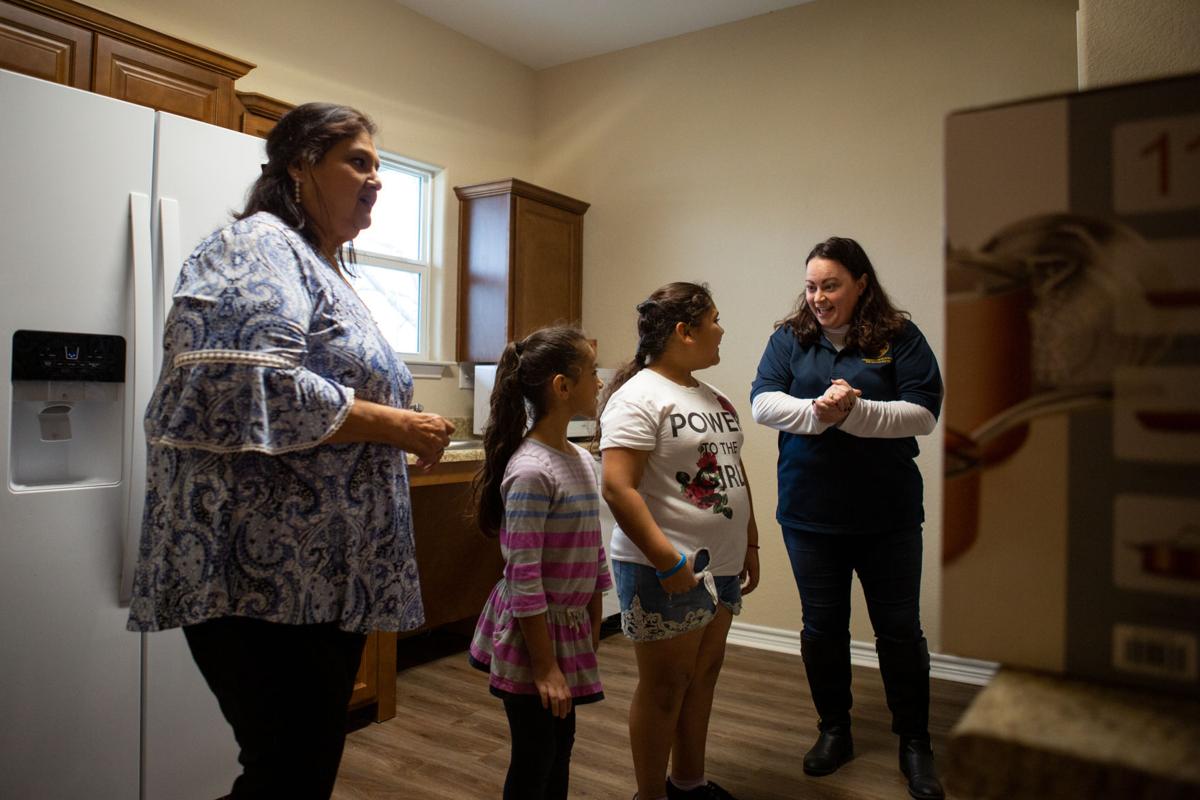 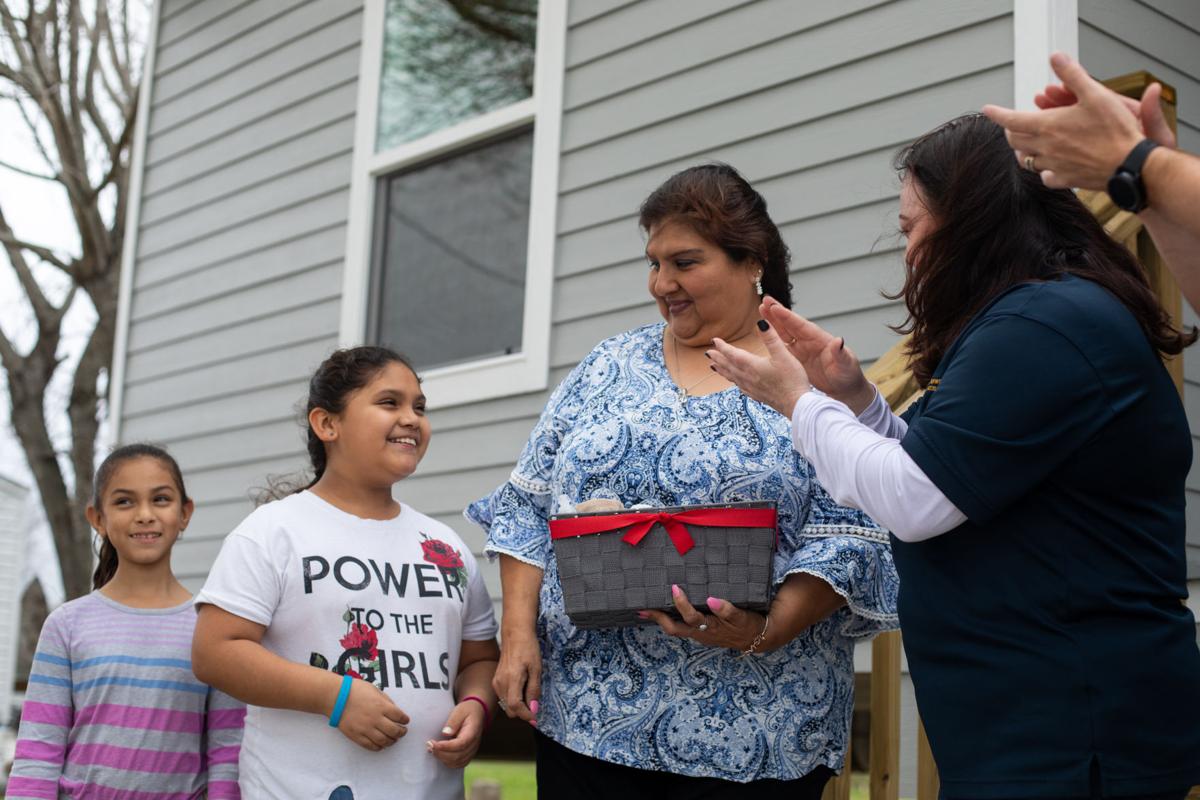 Josephine De La Vega leans on the railing on her back patio at her new home as her daughter and granddaughters tour the outside of the house.

For more than two years, Josephine De La Vega has been constantly moving.

She evacuated her home of three decades in August 2017, before Hurricane Harvey made landfall. She went with her daughter and three of her grandchildren to East Texas to wait out the storm before she returned to Victoria County to find her longtime home battered by winds and rain. Shingles were missing from her roof, and the walls of her house and many of her belongings were soaked.

From there, De La Vega lived in a hotel room paid by the Federal Emergency Management Agency before the funds for that program dried up. After that, she stayed with her son and his family or her daughter and her children. For a few months, she stayed in what remained of her home, before her doctors told her that mold growing in the walls was aggravating her asthma and other health concerns, she said.

On Monday, De La Vega finally got the keys to her new rebuilt home.

“She’s so excited,” De La Vega’s daughter, Raquel Zendejas, said. “She won’t have to worry about living in and out of her car, she’s tired of all that moving around.”

“It’s just happiness,” De La Vega said after she got the keys to her home. “It’s such a blessing.”

The 59-year-old grandmother’s home was repaired through the Homeowner Assistance Program, part of the Texas General Land Office’s multi-pronged approach to help communities throughout the state recover from the 2017 storm.

The program, the largest of the GLO’s massive Harvey recovery plan, is helping thousands of homeowners whose homes were damaged or destroyed by Harvey to rebuild, although demand for the program outstripped the dollars available. The office decided to allocate another $400 million to the initial $1.334 billion designated to help homeowners rebuild in 48 counties affected by the storm. Applications for the program closed Dec. 31.

In Victoria County, 752 homeowners asked the state for help rebuilding. Of those, 410 families were put on a wait list, according to state data. De La Vega’s home is one of about 600 that has been completed in the state so far said GLO spokesperson Brittany Eck.

Throughout the past years, De La Vega stayed with Zendejas and her two daughters, Caitlyn and Calysta. The girls said they loved living with their Nana because they’d have movie nights together, where they’d watch cartoons or movies. De La Vega said she was excited to have her own space, to be able to host movie nights with all nine of her grandchildren.

De La Vega said her family endured the challenge of the years since Harvey through their faith and by leaning on each other.

“My daughter was my right hand; she helped me a lot,” she said. “We made it through with a lot of prayer and supplications to God.”

In Victoria County, 51 homes have been rebuilt so far through the Homeowner Assistance Program and 80 homes are under construction, according to state data. Learn more by visiting the General Land Office's website.

Retired Army veteran Victor Torres used to sit outside watching his chickens and listening to the horses across the street. The tranquility ou…