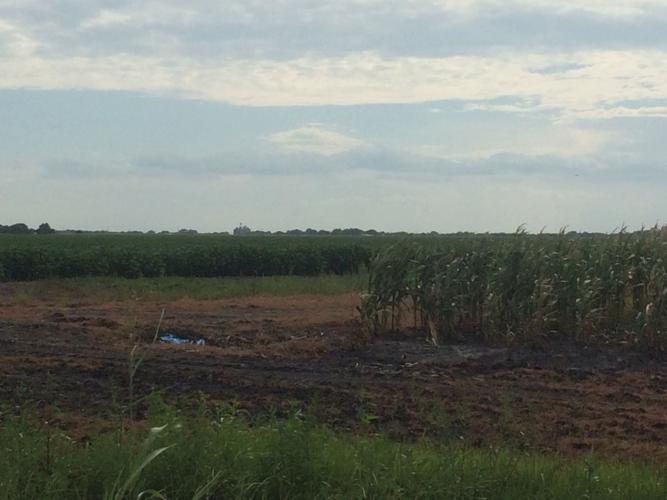 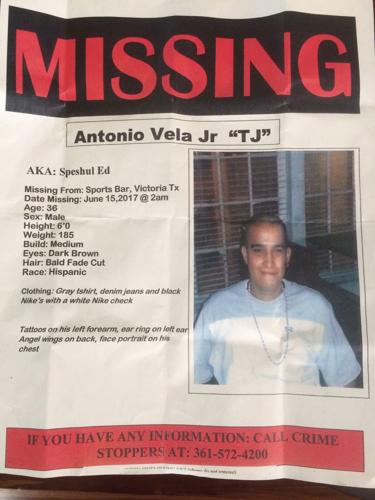 Flyers asking for information about Antonio Vela's disappearance were left in mailboxes along Venglar Road.

Flyers asking for information about Antonio Vela's disappearance were left in mailboxes along Venglar Road.

The family of a missing Victoria man are praying for his safe return.

"I'm not even a praying person, but I pray to God every night that my son is in good health and will come home soon," said Ninfa Vela, 65, whose son has been missing for almost a week.

Antonio "TJ" Vela Jr., 36, was last seen leaving Sports, a bar at 5803 John Stockbauer Drive, about 2 a.m. Thursday for a nearby store where he was to purchase snacks, she said.

Vela's mother said she does suspect foul play is involved in her son's disappearance, a theory based on numerous suspicious details.

Snacks, which family guess were bought the night he went missing, were found at his house uneaten. His garage door was open - a rarity for Vela, his mother said.

His vehicle was found about 3 p.m. Friday outside Victoria city limits at a location near Venglar Road, said Lt. Eline Moya, department spokeswoman.

Peggy Venglar, 58, a Victoria County resident living in the 1100 block of Venglar Road, said she first noticed a tan or gold Pontiac Firebird parked about 1 mile west of her home about 4 p.m. Thursday. Vela's mother confirmed her son drove a car of that color, make and model.

The Firebird, which had a flat tire, was parked on the side of the isolated road near hundreds of acres of corn and cotton fields. Moya said police detectives are investigating the car.

Monday, uniformed and plain-clothes police investigators whom Venglar identified by their badges, were at the scene. And a helicopter circled the area for several hours in what Venglar assumed was a search.

Moya confirmed that police currently are investigating his disappearance.

Vela's mother and family are asking anyone with information about his disappearance to call Victoria Crime Stoppers.

Her son made a name for himself locally by mixing music under the label "Clock Work Recordz."

But his kindness, humor and quiet charisma made him popular among many residents of Victoria, she said.

As Ninfa Vela and other loved ones wait anxiously for his return, they can only guess at his whereabouts and hope for his safety.

Anyone with information relevant to the disappearance of Antonio Vela Jr. is asked to call Victoria Crime Stoppers at 361-572-4200.

A year after Antonio “TJ” Vela Jr. disappeared, family, friends and community members will gather June 15 where he was last seen for a candlel…

Are you concerned about the number of strays killed at your local animal control?