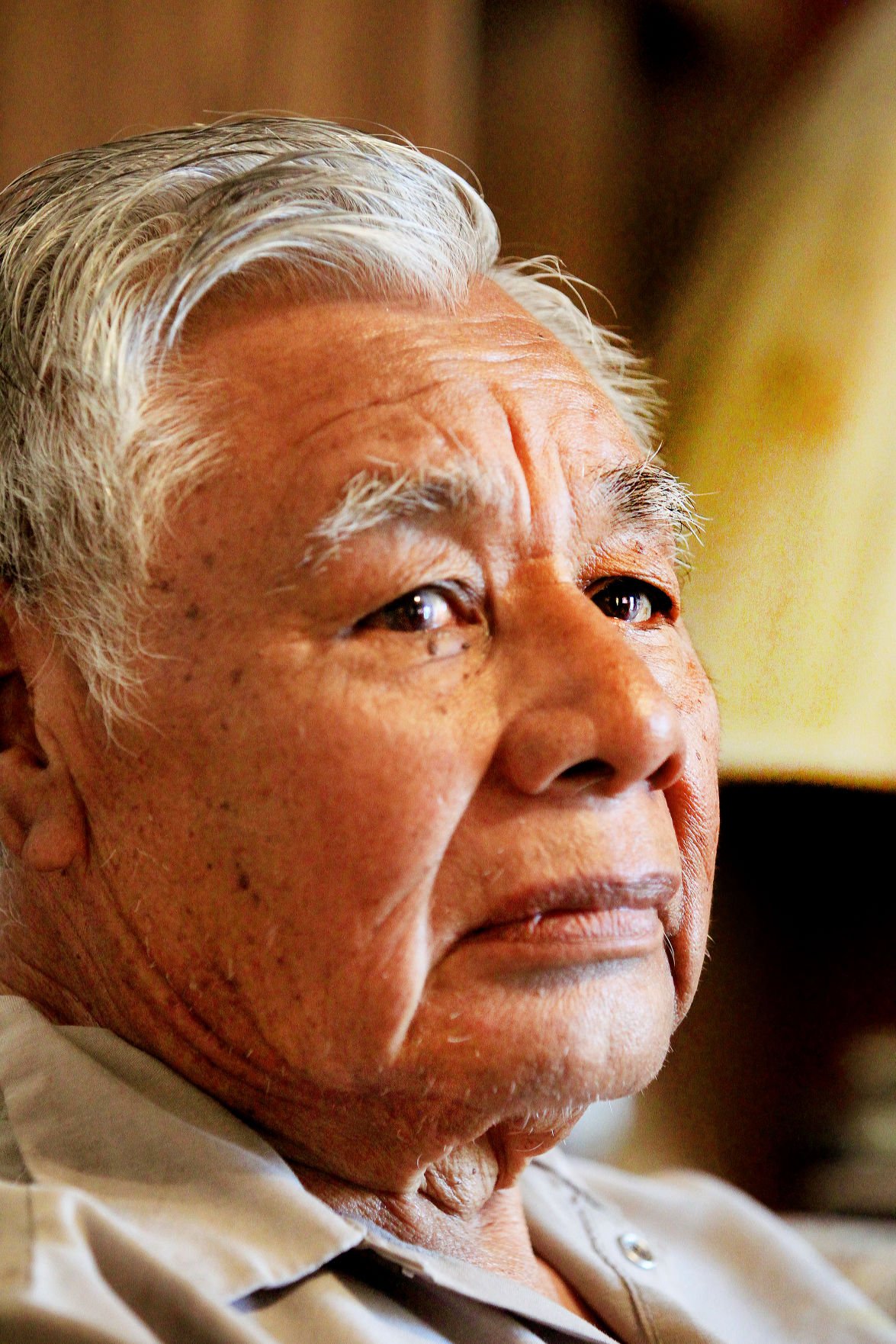 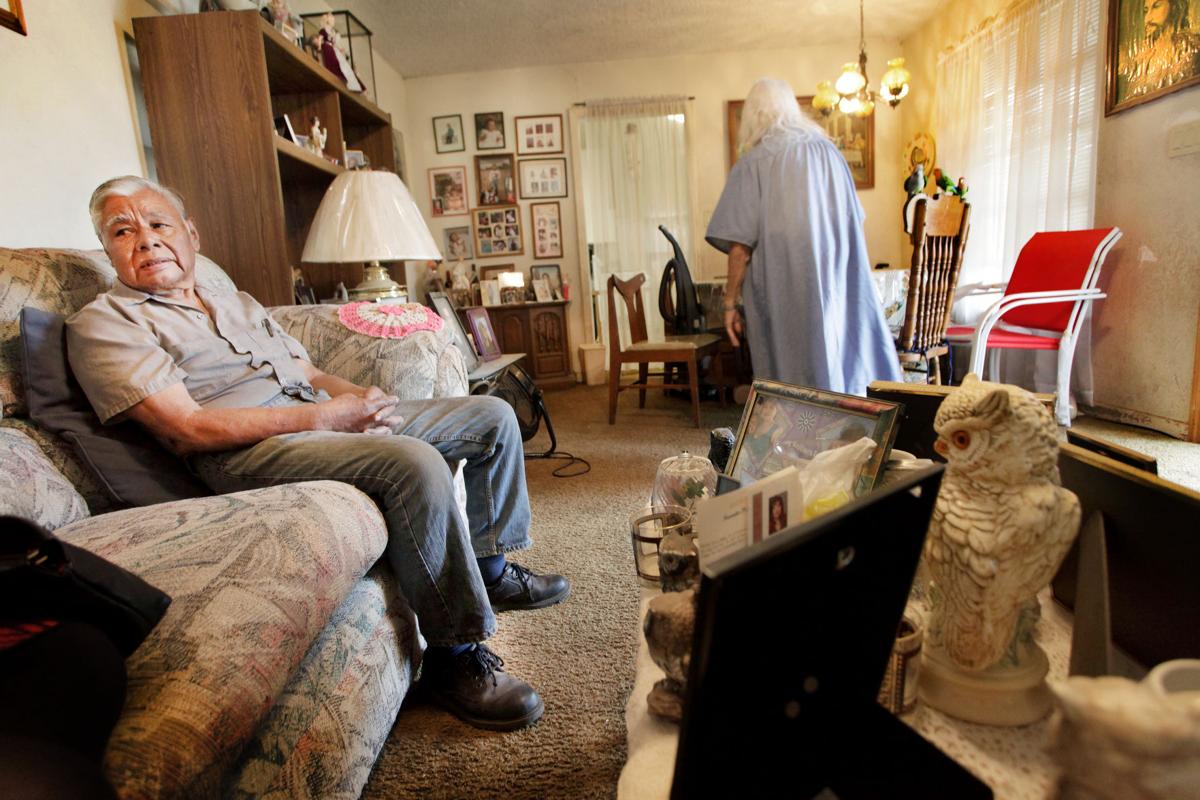 A Victoria police officer is under investigation after a 76-year-old man accused him of using excessive force during a traffic stop.

The officer, Nathanial Robinson, 23, was placed on administrative duty Friday pending the outcome of an internal investigation into whether he violated the use of force policy when he tased Victoria resident Pete Vasquez, said Chief J.J. Craig. The officer was hired after graduating from the police academy two years ago.

The incident happened Thursday after Robinson saw an expired inspection sticker on the car Vasquez was driving back to Adam's Auto Mart, 2801 N. Laurent St., where he helps with mechanical work.

Vasquez got out of the car, which is owned by the car lot, attempting to get the manager. He pointed out to the officer the dealer tags on the back of the car, which would make it exempt from having an inspection.

When the officer first grabbed Vasquez's arm, the older man pulled it away. Robinson then pushed Vasquez down on the hood of the police cruiser. The two fell out of the camera's video frame, but police said the officer used the Taser on Vasquez twice while he was on the ground.

"He just acted like a pit bull, and that was it," Vasquez said. "For a while, I thought he was going to pull his gun and shoot me."

Vasquez was handcuffed, placed in the back of the police cruiser and taken to Citizens Medical Center, where he remained in police custody for two hours.

He decided to open the investigation after viewing the footage and has personally apologized to Vasquez for the incident.

"Public trust is extremely important to us," Craig said. "Sometimes that means you have to take a real hard look at some of the actions that occur within the department."

The internal investigation also will examine the details of the arrest. Driving with an expired inspection sticker is a Class C misdemeanor, typically addressed with a citation. Because Vasquez was driving a car with dealer tags, the car was exempt, Craig confirmed. Vasquez was released from the hospital without being cited.

If the investigation finds Robinson violated the use of force policy, his possible punishment ranges from a letter of reprimand to suspension without pay or termination, Craig said.

District Attorney Stephen Tyler said he has not been contacted by police about the case or seen the video.

"You want to make sure you give the right kind of person a badge and a gun," he said.

Larry Urich, a 62-year-old sales manager at the car lot, said watching the scuffle unfold made him sick. He said he wanted the officer fired and prosecuted for excessive use of force and causing bodily harm to an elderly person.

Urich followed behind the police car that drove Vasquez to the hospital and waited until his friend was released.

"There should have been an ambulance called for this elderly gentleman," Urich said. "He should not have been handcuffed to go to the emergency room when he had not done anything wrong."

Through it all, Urich said, he feels sorry for the officer.

"He's probably a good family man, but you don't treat people like that," Urich said. "I don't see how in the world anyone would think he should keep his job after that."

A day after the incident, Vasquez said he still had body aches and expected it would be a few days before he healed.

"I feel like my rights were violated," he said. "The police department is supposed to train their police officers to be more conscientious and use common sense. I don't think he had any."

Craig said he hired the officer "because he was a very good candidate," but he also felt obliged to talk to Vasquez in person to apologize for the incident.

Vasquez said he appreciated the conversation with the chief.

"He didn't want me to think that all policemen are like that," Vasquez said. "I said he's got a lot to do to prove to me that."

After Pete Vasquez was placed in a police cruiser, the dashboard camera recording captured this conversation.

Sergeant: How are you doing?

Vasquez: You see how I'm doing.

Vasquez: Nothing happened. I'm just driving down the business. ... He come behind me, put his damn lights on. He said you don't have a sticker, but I have a state license plate in there. It's supposed to be exempt.

Vasquez: So I don't know what his deal is.

Sergeant: Then what happened?

Vasquez: He came over here and got nasty with me. I'm not going to put up with that. I don't care who it is.

Vasquez: Then he grabbed me and threw me on the pavement there. I almost knocked my head on that damn pole. And then he started Tasing me.

Sergeant: Are you hurt?

Sergeant: Are you hurting anywhere?

Vasquez: Not yet. Probably later on. I'm 76 years old.

Vasquez: I hit my knees and my back and everything else. My shoulder and everywhere else.

Sergeant: Is your head hurting or anything?

Sergeant: You think it will later?

Sergeant: You want us to get you checked out?

Do you have a loved one buried in a historic cemetery?