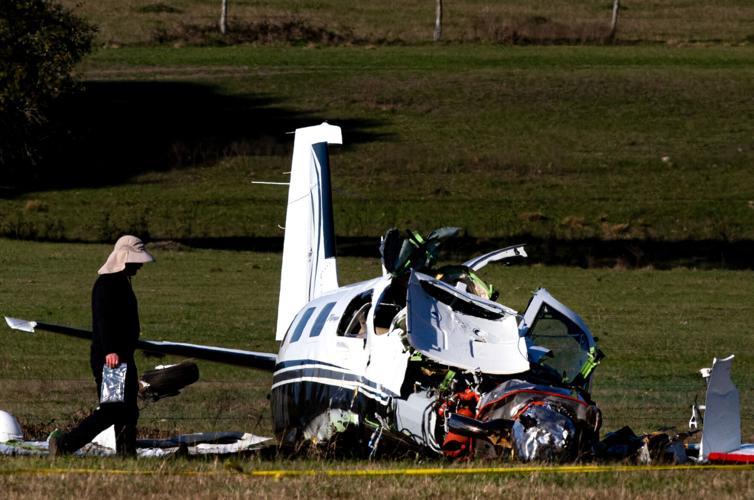 An official at the scene of the plane crash Wednesday afternoon near Yoakum. 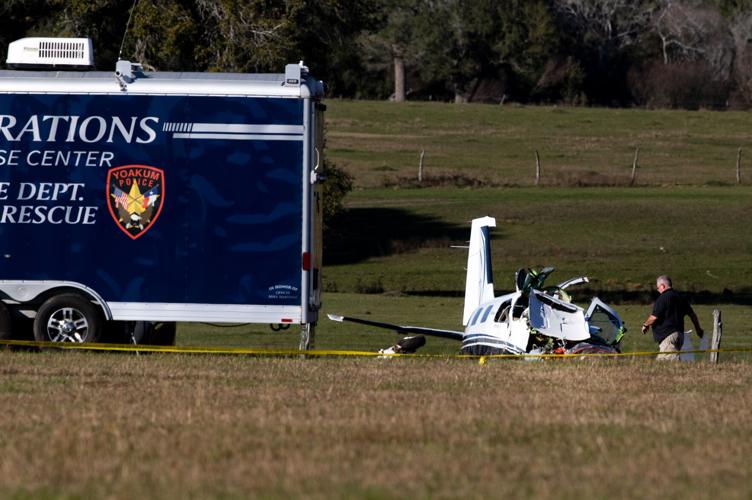 An official at the location of a plane crash Wednesday afternoon near Yoakum. 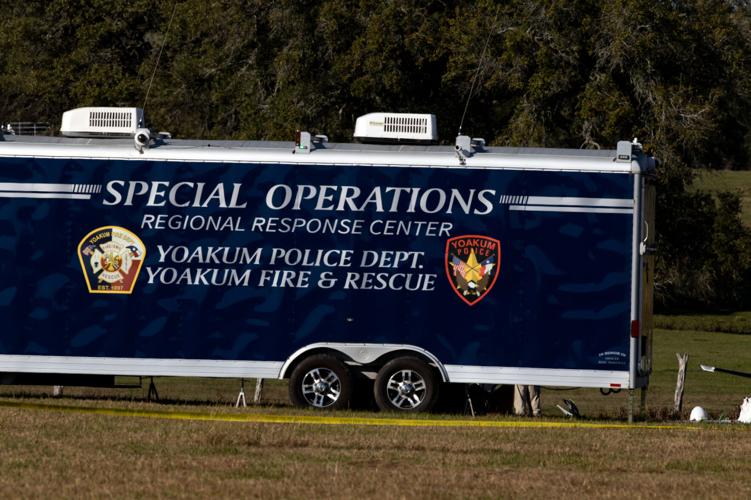 A Special Operations Regional Response Center vehicle at the location of the plane crash Wednesday near Yoakum.

YOAKUM — The lone survivor of a plane crash outside Yoakum was able to breathe on his own and communicate through writing Wednesday morning after suffering serious injuries the day before.

The survivor and four others aboard the single-engine, 6-seat aircraft were all members of the same church in Tennessee.

Church officials were hopeful the man would soon be able to talk with his wife, according to Harvest Church Facebook posts published that morning.

“We rejoice this morning in God’s goodness. Kennon is breathing on his own and has been able to communicate some through writing. The latest reports from the doctors are all positive,” according to one of the posts.

Harvest Church Lead Pastor Kennon Vaughan, 45, of Germantown, Tennessee, survived the crash and was in stable but serious condition at Brooke Army Medical Center in San Antonio, as of Wednesday morning, Sgt. Ruben San Miguel, spokesperson for the Texas Department of Public Safety, said. Germantown is a suburb southeast of Memphis.

Vaughan has a wife and four young sons, according to church Facebook posts.

About 10:30 a.m. Tuesday morning, a single-engine Piper PA-46-350P Malibu Mirage carrying Vaughan and four other Harvest Church members crashed while on approach to the Yoakum Municipal Airport near County Road 462 amid a patchy fog advisory, killing everyone but Vaughan.

Among the dead were the pilot and owner of the plane, Steven Carl Tucker, 64, of Germantown; passenger Brandon Tyler Patterson, 34, of Germantown; as well as passengers William Lee Garner, 66, and Tyler Bradley Springer, 36, both of Memphis, San Miguel said.

The four were pronounced dead at the crash site at 11:58 a.m. by Hallie Hall, Lavaca County Precinct 4 justice of the peace.

In accordance with FAA guidelines, Hall has requested autopsies from the Fort Bend County Medical Examiner’s Office for two of the deceased people in the cockpit — Tucker and Patterson.

A National Transportation Safety Board investigator arrived at the crash site Wednesday morning.

A preliminary report from the NTSB could be available after 12 days, Keith Holloway, an NTSB media relations specialist, said Wednesday.

“The investigator has been documenting the scene, examining the aircraft,” Holloway said. “He will request air traffic control communications, radar data, weather reports, any witness accounts who can provide insight into what occurred, aircraft maintenance records, medical records and flight history of the pilot.”

The investigator will be at the crash site for about one to two days, Holloway said.

“I have no information on removal of the wreckage,” Holloway said. “Once the investigator is completed at the scene, the wreckage is removed in a nearby facility. Which facility the wreckage will go to is up to the owner or the owner’s insurance company.”

The investigator’s preliminary report will be available within 12 business days after the removal of the wreckage, Holloway said, and can be viewed on the NTSB Twitter account @NTSB_newsroom.

The NTSB website lists five points in the process of an investigation, including “the initial notification and decision to investigate; on-site fact gathering; analysis of facts and determination of probable cause; acceptance of a final report; and advocating for the acceptance of safety recommendations arising from the investigation.”

The investigation was in the second of the five steps on Wednesday.

A plane crashed outside Yoakum near the intersection of CR 462 and Farm-to-Market Road 318 Tuesday morning, A Lavaca County official said.