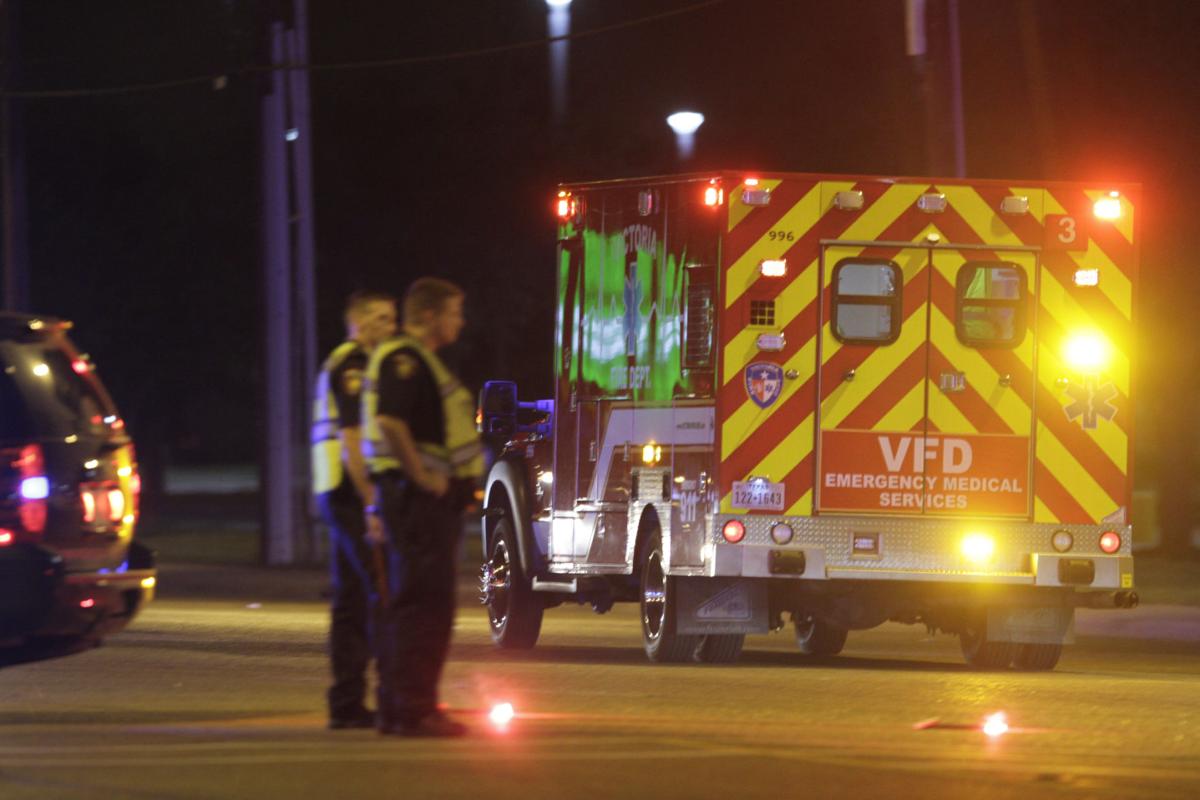 A pedestrian who was struck by a vehicle near 3008 Houston Highway is transported to Citizens Medical Center. 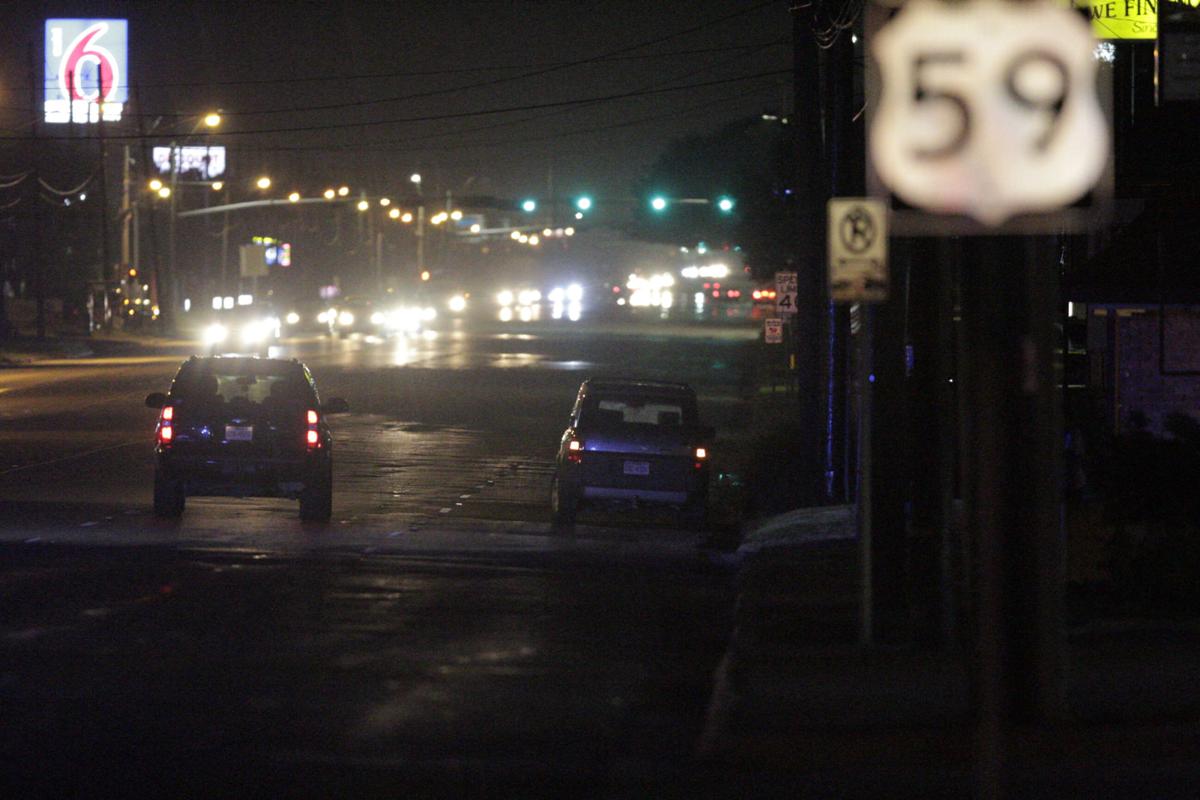 A vehicle that struck a pedestrian near 3008 Houston Highway is parked on the side of the road near the site of the wreck. The injured pedestrian was taken to Citizens Medical Center. 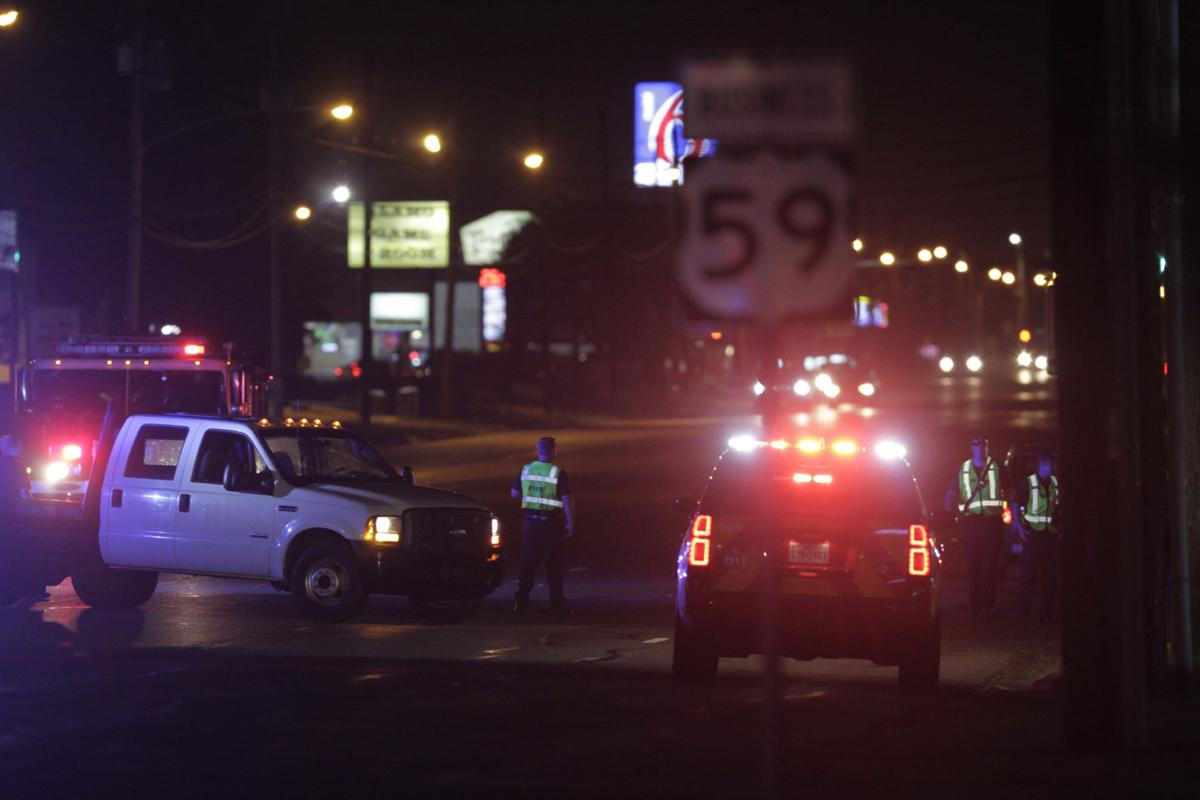 Victoria police respond to a wreck involving a vehicle and one pedestrian near 3008 Houston Highway. The injured pedestrian was taken to Citizens Medical Center.

A pedestrian who was struck by a vehicle near 3008 Houston Highway is transported to Citizens Medical Center.

A vehicle that struck a pedestrian near 3008 Houston Highway is parked on the side of the road near the site of the wreck. The injured pedestrian was taken to Citizens Medical Center.

Victoria police respond to a wreck involving a vehicle and one pedestrian near 3008 Houston Highway. The injured pedestrian was taken to Citizens Medical Center.

Tyny Romero held the hand of a pedestrian and comforted him as he lay in pain on Houston Highway after being struck by a vehicle until police and EMS arrived to the scene.

Romero is a housekeeper at Six Flags Motel, where the man was staying. Yohannan John, 59, of Florida, was crossing north in the 3000 block of Houston Highway from the motel about 9 p.m. Saturday when he was struck by a Honda Element, said Mark Hayden, Victoria Police Department traffic safety unit investigator. He was not using a crosswalk, Hayden said.

“I felt so bad,” said Romero, 41. “He was laying there crying and screaming, and he would get real quiet and wake up and start screaming (again).”

David Moreno, 49, of Goliad, was headed east on Houston Highway in the Honda Element in the center lane, Hayden said. He attempted to stop when he saw John but swerved to the right and hit the pedestrian with the left front of his vehicle. John was transported to Citizens Medical Center with injuries that were not life-threatening but was later transported by air to University Medical Center San Antonio with several broken bones that required surgery.

“The delivery driver was so upset. We’re just glad that he (John) lived, and we hope he’s OK, and everyone here is praying for him,” Romero said.

John’s condition was not available Sunday night. John failed to yield the right of way to Moreno, but no citations were issued, Hayden said.

“The delivery guy had pulled over to the side of the road and ran back to check on him, and another driver blocked off the road so he wouldn’t get hit by more cars and other tenants were out here directing traffic,” Romero added.

If pedestrians are walking at night, they need to wear reflective clothing and be aware that a vehicle might hit them even if they’re using a crosswalk, she said.

The nearest crosswalk is several businesses away from where John was struck.

Residents and city officials need to come together to find solutions for the pedestrian safety problems in Victoria, Secrist said.

“Other cities have faced it before, and it’s always worth looking at how other cities might have approached it and solved it,” she said. “We have situations in this city where they have the crosswalk and the sign and the punch button is on the opposite side.”

Since 2010, about 30 pedestrians in Victoria County have suffered incapacitating injuries after being struck with a vehicle, and 18 pedestrians have been killed by vehicles during that same time.

Katie Parker was struck by a vehicle that killed her Great Dane at the Lone Tree Creek Hike and Bike Trail on John Stockbauer Drive in 2016. Tookah Hobbs was also walking her dog when she was struck by two vehicles and killed on Houston Highway in July. Kevin Garza, 11, was killed by a vehicle while walking to school in 2016. Most recently, Jose Guadalupe Vasquez Velasquez died after being struck by a vehicle on East Rio Grande Street on Sept. 29.

Man injured after being struck by vehicle on Houston Highway

A Victoria man was struck and injured by a vehicle Saturday night, said Sgt. Daniel Torres with the Victoria Police Department.

Who is your favorite comic book hero?