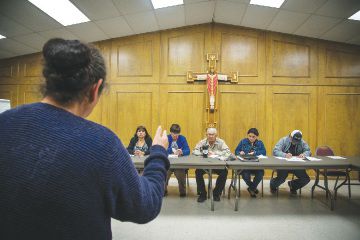 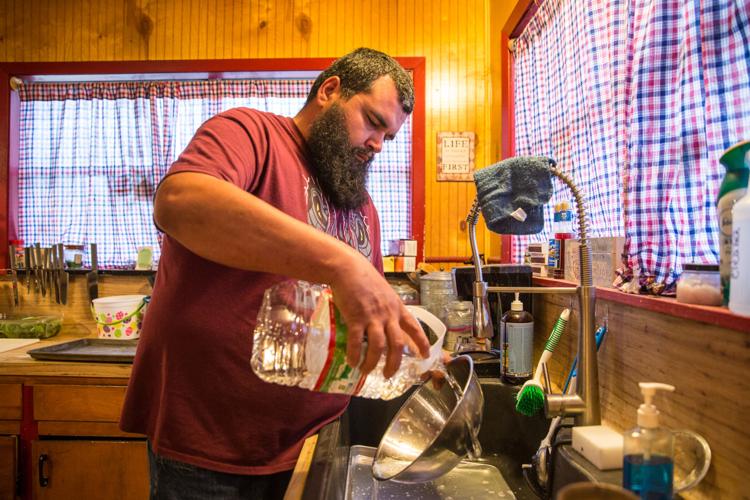 Mark Hernandez, 35, rinses a bowl with bottled water before making dinner for the family at his house in Placedo.

Mark Hernandez, 35, rinses a bowl with bottled water before making dinner for the family at his house in Placedo.

At water departments in Bloomington and Placedo, three board members including sitting board presidents were up for re-election. By 9 p.m. Saturday, unofficial election results in Bloomington suggested that two challengers had ousted sitting board members, including the board president who campaigned on a platform to fight against a local landlord who launched multiple legal attacks on the district.

Water board vice president Lucy Morales appeared to have held onto her seat.

In Placedo, meanwhile, unofficial results indicated that three challengers with campaign promises to straighten out the district’s finances won their races to control Placedo’s water board, which has been accused of misusing funds while water contained illegal levels of arsenic.

In Placedo, the election came after the water board was accused of misusing at least $6,500 in taxpayer funds. That’s on top of a slew of other problems, including the Texas Rangers investigating the district for potentially breaking public records laws, allegations of nepotism and illegal levels of arsenic that have been found in the water for about a decade.

Based on the unofficial voting results, it appeared that most Placedo voters wanted a change — sitting board member Calvin Davis and embattled board president Maria Zapata had the fewest votes.

“I hope that we can do something about the arsenic level, we can get that system up and running and we can get our department financially stable,” said Kathy Moses, a winning challenger who promised to work to clean the water.

Adrienne Hernandez, who ran for Placedo’s water board and works as a nurse, also echoed Moses’ sentiment.

“I’m feeling a little excited about hopefully being able to make a change and turn things around for the water department,” said Hernandez.

But on election night, it appeared that Bloomington voters were headed toward ousting two sitting board members, including the board president who ran with a campaign promise to fight against ALMS, a nonprofit housing provider that accused the district of overcharging for water and discriminating against its tenants.

As of Saturday evening, unofficial final results showed that William Harvell, who has done business with ALMS, was among the winners in the race to control the water board, which effectively decides what the landlord pays for water at its rental properties.

Bloomington resident Jonathon Sarkis also won. Saturday night, he said he promised voters that he would work to improve water quality, which comes after the water was found to have illegal levels of arsenic.

“People in this town must want a change,” said Sarkis, saying he wanted the water to be safe for his seven children and other Bloomington families to drink.

Morales, the water board vice president who campaigned to protect the district against ALMS, also won.

But current water board president Noemi Troncoso lost. On Saturday evening, she said she still felt thankful for the voters who supported her and Morales.

"I know that Lucy will continue to do a good job on the board, and I hope the people that have won today will look at the interest of the district, and not ALMS," said Troncoso.

Earlier this week, Troncoso said she worried that if ALMS’ representatives were elected to the water board, they would slash the amount it pays for water, thus forcing other residents to pay more to maintain and build new water and sewer lines.

She also said she was concerned that ALMS was trying to unfairly win votes.

Two years ago, the Texas Rangers conducted an investigation into the district’s 2016 election after some people accused ALMS of giving perks to tenants to win votes. Although charges involving voter fraud didn’t materialize, the investigation led to the indictment of a former water board member associated with ALMS who is accused of allegedly lying about being a felon on his election application.

Incumbents running for the seats include board president Maria Zapata, of Placedo, retired; and director Calvin Davis, of Placedo.

Members currently on the board are Beverly Barnett, the vice president, and John McGrand, the secretary.

Three seats are up for re-election.

The fate of Bloomington’s water supply is again in the hands of voters this May, just two years after the last election ended with a convicted…

Have you ever volunteered with Habitat for Humanity?