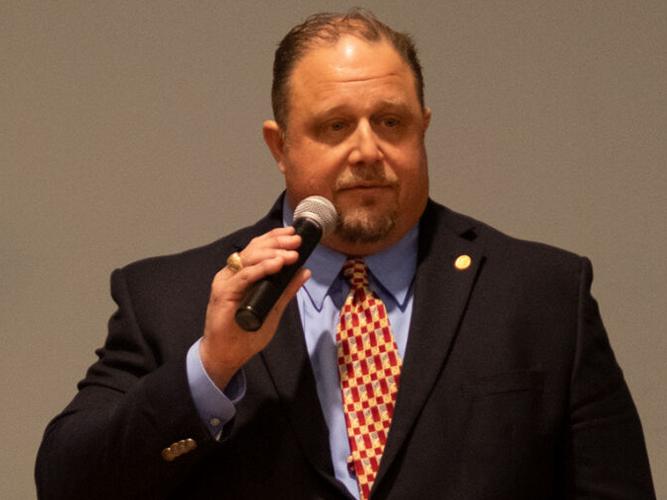 Candidate for Victoria county commissioner, Precinct 2, Jason Ohrt introduces himself at the start of a four-way debate in February in the University of Houston-Victoria’s Kay and Ron Walker Auditorium. 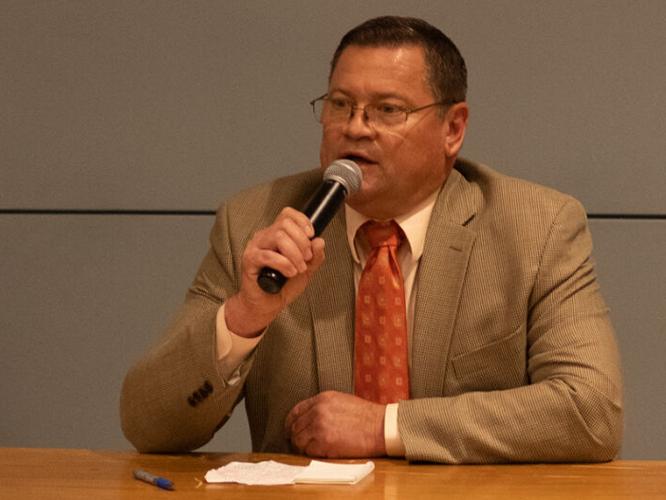 Left, Victoria County Commissioner, Precinct 2, Kevin Janak offers opening remarks during a four-way debate in February in the University of Houston-Victoria’s Kay and Ron Walker Auditorium. Right, Candidate for Victoria county commissioner Jason Ohrt responds to a question about the response to Hurricane Harvey during a debate on Wednesday evening at the University of Houston-Victoria Kay and Ron Walker Auditorium.

Voting concludes on Tuesday in the primary runoff election for the Precinct 2 seat on the County Commissioners Court, as well as a handful of statewide races.

Incumbent Precinct 2 County Commissioner Kevin Janak faces Jason Ohrt in the GOP runoff. The winner of the primary will take the seat, as there is no Democratic challenger for the November election. Polling places are open from 7 a.m. to 7 p.m.

Low voter turnout means your vote matters that much more 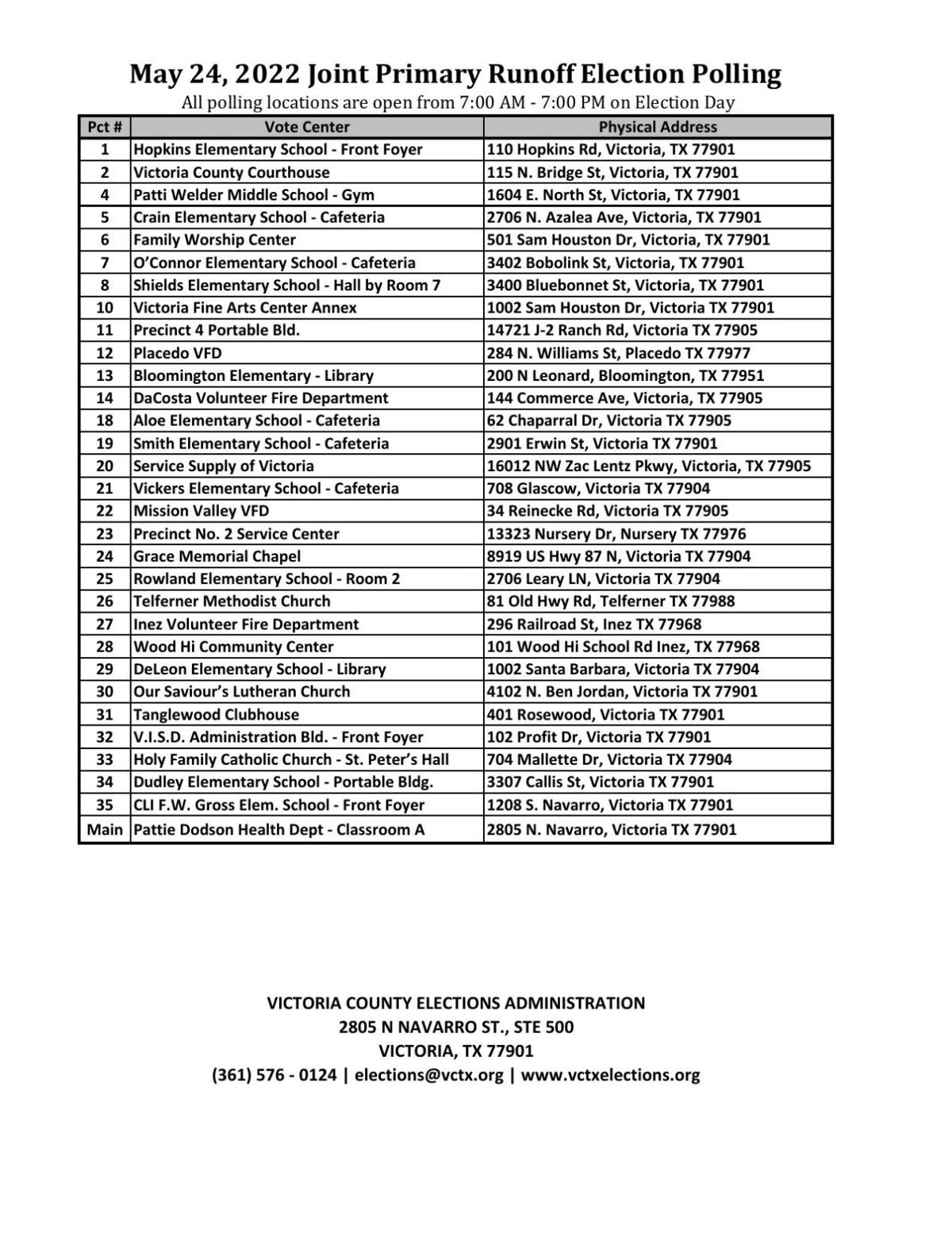 In the results from March 1, Ohrt took 47.9% of the votes in the primary election, while Janak took 43.6%. Because neither garnered at least 50% of the vote, the Tuesday runoff should resolve the divide.

Janak, 62, first elected in 2007, told the Advocate spending taxpayer dollars wisely is one of the most important responsibilities he has as commissioner. If elected, this would be his term as a commissioner.

He said voters know that by voting for him, they get exactly what they expect in terms of service.

“Yes I do believe with Kevin Janak, voters will get Kevin Janak,” he said. “I represent all of Victoria County and the county residents, and I mean all residents.” 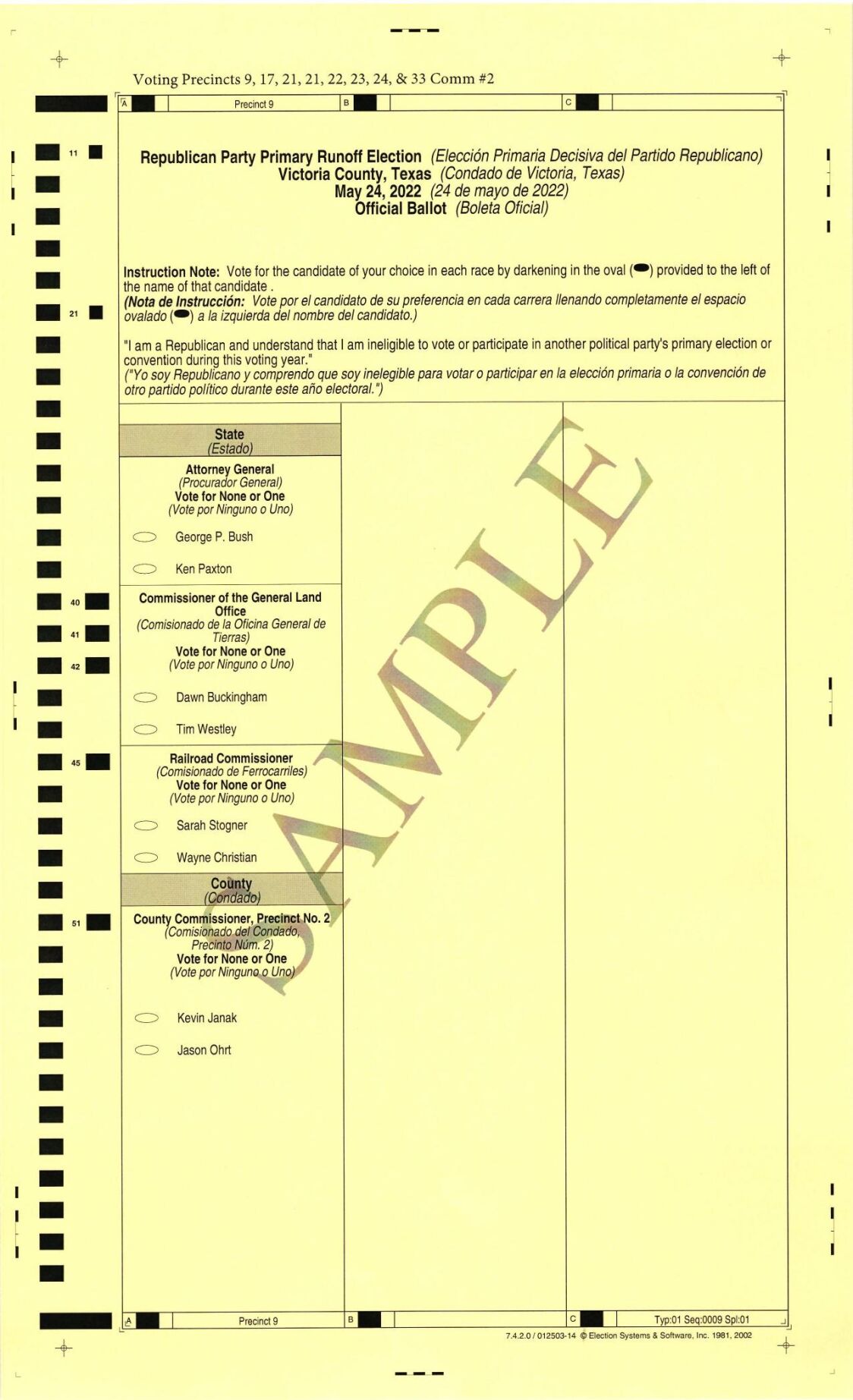 Ohrt, 50, is executive director of the Vitality Court assisted-living facility. He told the Advocate he knows what it takes to attract high-paying jobs to the area, deliver results and preserve the quality of life in Victoria.

He said his experiences in business will allow him to make strategic, long-term decisions for Victoria County. 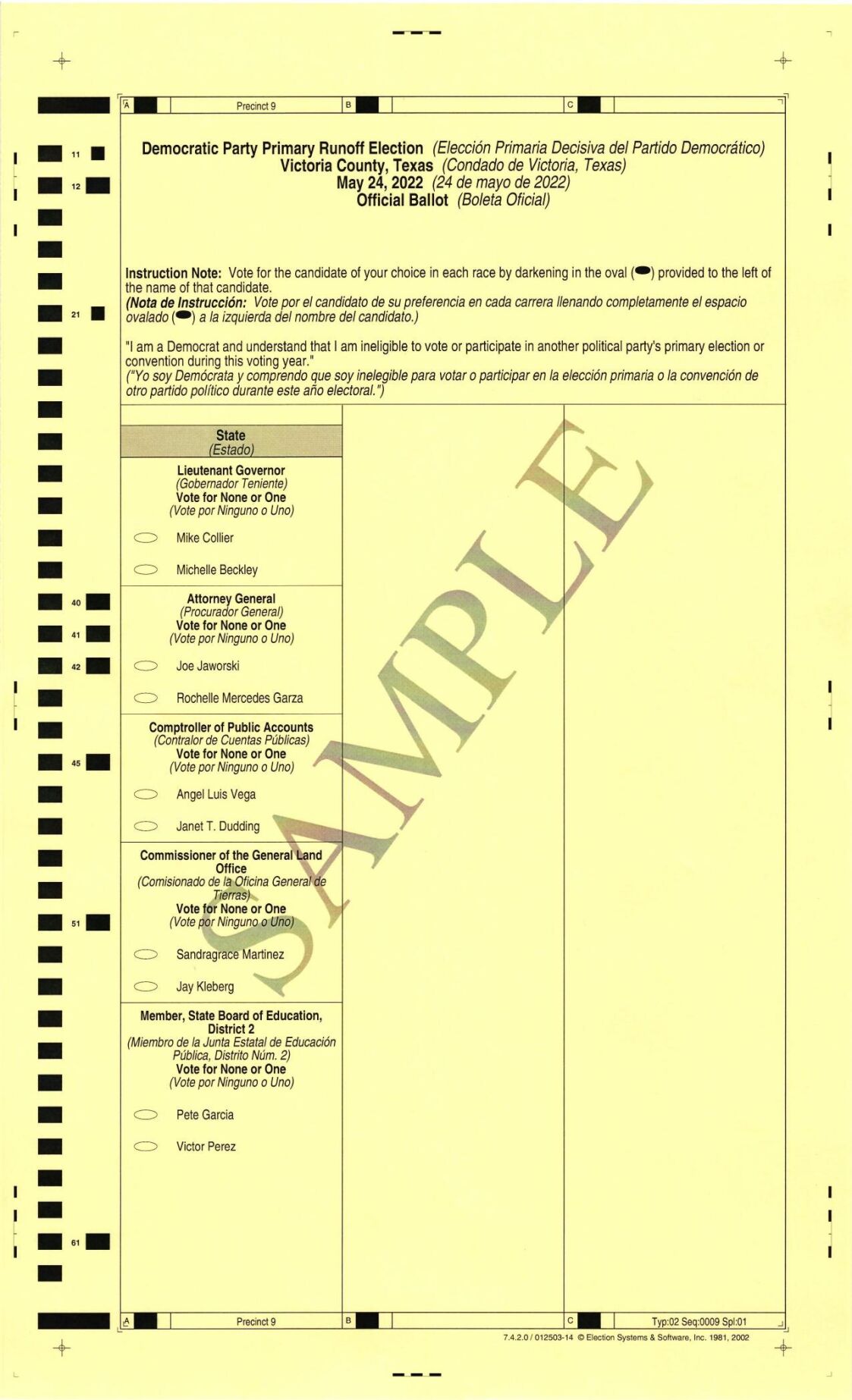 “We need to have more accountability,” Ohrt said. “We need to know that the commissioners have the best interests of the citizens at heart.”

Also on the ballot are races for lieutenant governor, attorney general, comptroller of public accounts, commissioner of general land office, railroad commissioner and seats on the state board of education.

The League of Women Voters noted in its election guide, “Since many districts in Texas heavily favor one party over the other, the primaries often determine the winner of the General Election.”

Since many districts in Texas heavily favor one party over the other, the primaries often determine the winner of the general election

"When they walk in, it's important. Some come in thinking it's a handout," Lee Bowman told the Victoria County Commissioners Court. "I explain to them that it is not. They deserve it."