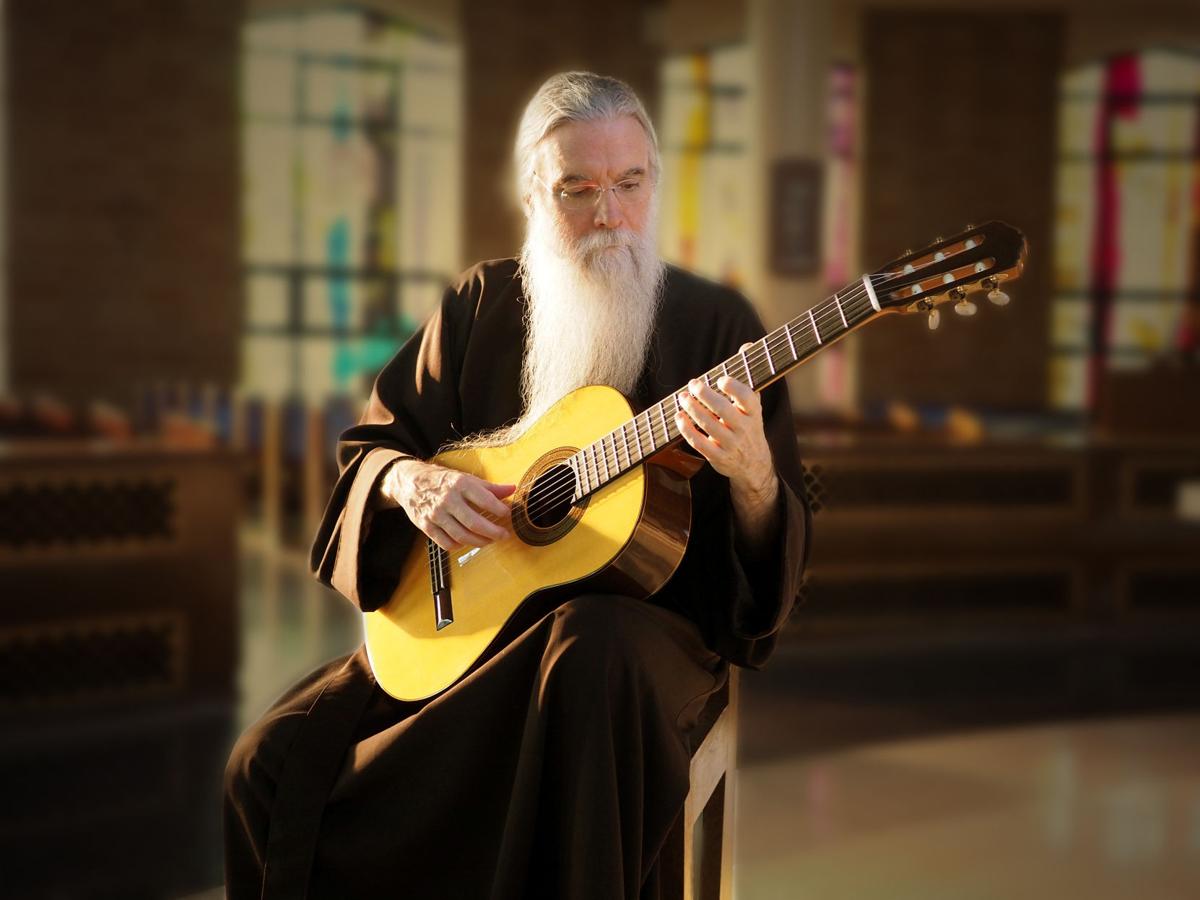 Catholic singer and songwriter John Michael Talbot is a Grammy Award-winning performer. He has sold more than 5 million copies of his Christian music worldwide. As a monk and missionary, he donates all the proceeds to Catholic charities. 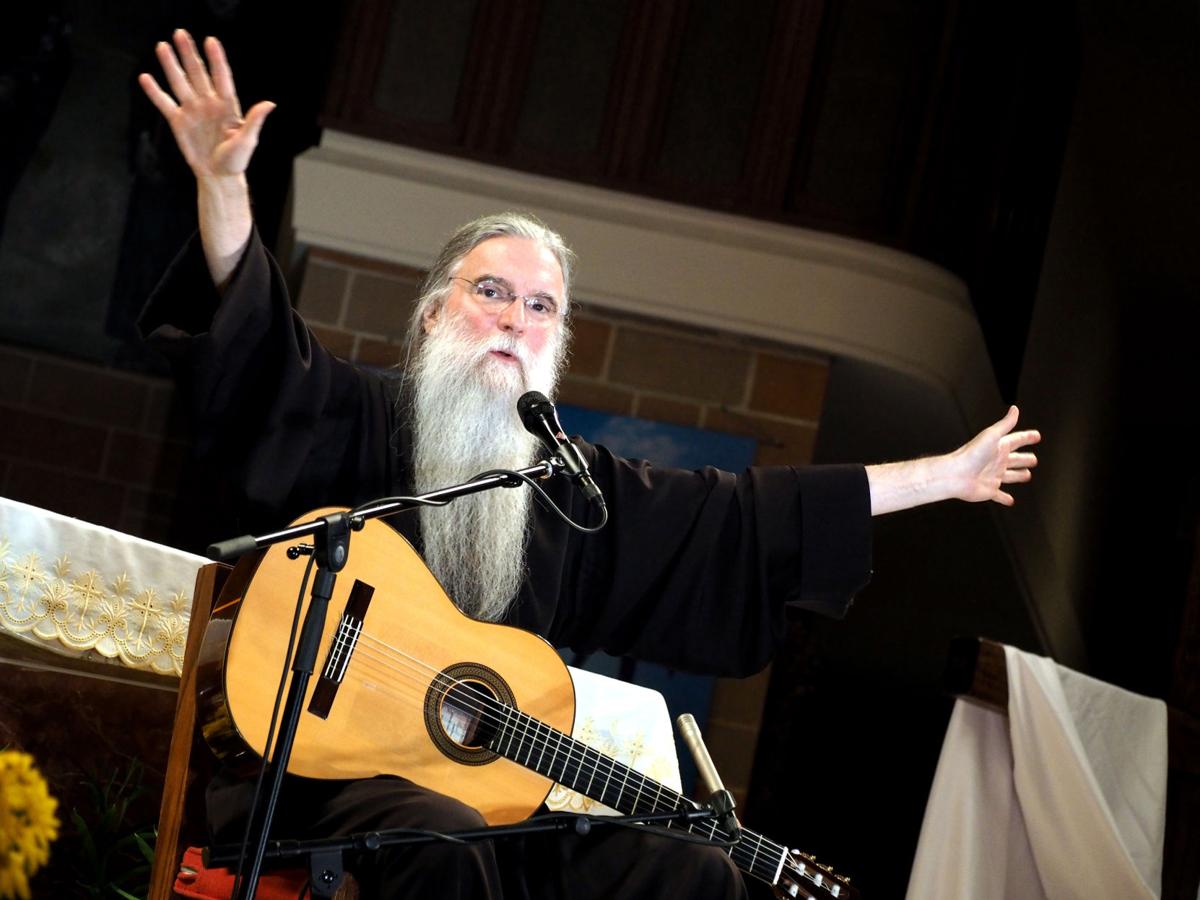 Catholic monk John Michael Talbot tours the nation a few weeks each year to perform hits from his 55 albums. Talbot has earned numerous Grammy and Dove awards for his Christian music.

Catholic singer and songwriter John Michael Talbot is a Grammy Award-winning performer. He has sold more than 5 million copies of his Christian music worldwide. As a monk and missionary, he donates all the proceeds to Catholic charities.

Catholic monk John Michael Talbot tours the nation a few weeks each year to perform hits from his 55 albums. Talbot has earned numerous Grammy and Dove awards for his Christian music.

It was 1975 when multi-time Grammy- and Dove Award-winner John Michael Talbot experienced Jesus for the first time.

Though he was raised a Methodist in Indiana, Talbot said he moved away from the faith and Methodism early in life and didn’t circle back around for many decades. By then he had picked up a guitar and had become an up-and-comer on the national music scene of the ’70s.

By mid-decade, Talbot’s band, Mason Profit, had officially taken off. He was rubbing shoulders with rock legends of the era, including members of the Eagles, who Talbot said later rejected him and his band members when they learned he converted to Christianity.

In 1978, when everyone around him was sinking deeper into a lifestyle of drugs and overdoses, Talbot leaned closer to Jesus. That year, he converted to Catholicism, and later adopted a monastic life of hermitage, spending many of his days in servitude and joyful silence. He now lives in a monastery in Houston, and he says the silence allows for greater creativity. Fifty-five albums and five million copies sold of his music, including more than two dozen books published, Talbot has found his footing as a famed performer who donates everything he earns to Catholic ministries.

Life as a monk doesn’t stop him from performing, touring, and preaching the Gospel. He said if he hadn’t become a Catholic, it’s likely he wouldn’t have survived the fallout of the sex, drugs and rock ’n’ roll, and he wouldn’t have become one of Catholicism’s most significant and awarded performers.

Talbot performed Thursday night at The Cathedral of Our Lady of Victory, introducing a new audience to his meditative music.

Q: How did you become a Catholic, and why did you move away from the Methodist Church?

A: Well, that’s a long story. Simply put, I fell out of the Methodist Church. Back in the day when I was with Mason Profit, which was a lot more rock than the music I do now, I saw a lot of people get on the wrong track. And I saw some people die. So I started getting into philosophy in the ’70s, then into religion. In 1975, I had an encounter with Christ and started calling myself a Christian, but I didn’t really understand what that meant. When I got into the Jesus movement, I released an album with a company called Sparrow and got involved with the interdenominational movement. But what I realized was everybody went to the Bible to follow Jesus, but they couldn’t agree with each other. I thought, ‘there’s got to be something else.’

Q: So why did you decide to pursue Catholicism?

A: I started searching through early church fathers and reading about the saints, in particular about St. Francis and St. Benedict. I realized all these men were Catholic. I heard God tell me all these men were Catholic, and they’re part of the church and Catholic church is his first church, and that she’s been sick and nearly died and he wants to heal her and raise her up. I really thought the music I was doing would go away after that because there was a lot of anti-Catholic sentiment then. I eventually retreated into a hermitage and found my vocation at a Franciscan Center. My music continued, and we ended up selling more than 5 million records. I’ve written 35 books, and more are coming out. God has been really good to me.

Q: So where does all the money go that you earn from your success? As a monk, I know you likely don’t keep it.

A: I’ve never earned anything, not more than a couple thousand a year. I don’t have a retirement plan or anything like that. I’m not in this for the money.

A: They were definitely intertwined. I think we were asking all the right questions in the ’70s, but we didn’t have the right answers. I found my answers in Jesus, in the lives of the saints, and I’ve been very satisfied by this life.

Q: Tell me about a typical day in your world?

A: There are about 18 of us in the monastery and two families. There are traditional monks and traditional nuns and the monks and sisters live a traditional monastic life. We are integrated and the Scriptures are paramount. We’re guided by love. We have monastics and non-monastics in our community. I really believe monasteries in our basically secular society, are very important. Our average day is not too terribly radical. We’re up around 5 a.m., prayers at 7 a.m. or a Mass, and after prayers we go to a silent breakfast. Then we have a community meeting about what we’re going to do for the day. Then we go out and do it, and try to work in sacred silence working in joy. We come back for a community meal in the afternoon. Then prayers, we come back for vespers at 5:30 p.m., and then after that is personal time. And it’s usually lights out around 9 p.m. I like to think of us as ordinary people doing ordinary things with an extraordinary call.

Q: As a musician and creative, how do you spend so much time in silence when your talents are meant to make noise?

A: The music I do now is very meditative, first of all. And I think the music naturally comes out of the silence. Sometimes the greatest comes in the space between the notes. Music flows very naturally out of contemplation.

Q: And what about new material? Are you ever able to turn off your inner songwriter?

A: I don’t always write new music. I’ve done 55 records and at my age, I don’t feel a terrible need to produce anymore. Fifty-five albums is a lot. And now my audiences aren’t as big as they once were. I think a lot of my audience has died off (laughing). I was once the young guy who played to big audiences, but that’s not what I do anymore. And ironically, a lot of young Christians enjoy the music I do. Even Christian music of today can be very noisy, and I get that. I did that once. But many Christians are looking for contemplative music now.

Q: It’s really something that you’ve won all these Grammys and Dove Awards and written all these books and hosted TV shows, and that you’ve voluntarily given all your money away to serve Jesus. Most other artists coming up would kill for the success you’ve had, and it seems like you don’t want it.

A: I wouldn’t say that. I like to be noticed like everyone else. I just learned a long time ago I can’t center my being on my music. When you renounce all, you gain everything. If you own the stuff of the world, it can lead to unhappiness. If your desire to be famous or successful doesn’t happen the way you want it to, it can lead to disappointment, and that can lead to anger, and that leads to bad stuff. So much can happen if you let and let God. If you enjoy the journey and grasp on to the things that matter, you’re setting yourself up for everything.

Q: Do you think you’ll ever retire?

A: I think one of the reasons I’ve lasted this long is because I’m not on the road all the time. I do 20 to 30 shows a year now. I live a sane life, of which creativity flows easily and plentifully.

Q: What do you hope to communicate with your audiences when you perform?

A: The simplistic answer is Jesus. That’s the reason I do what I do. I tell stories of the songs I write, and go back to the 1970s and talk about those times. It’s fun to go through the journey.

Q: Where do you think you’d be if you hadn’t become a Christian?

A: Our band was so good back then. I mean nobody wanted us to play with them because we always stole the show. But I think my older brother who was also in the band would have been dead. The sex, drugs and rock ‘n’ roll was a real thing and many succumbed to it. I don’t know where I would have ended up. I have no regrets whatsoever about turning away from that life. It’s a hard lifestyle and I think most people get the point where you straighten up and straighten out or you burn out.

Jennifer Preyss-Mathlouthi writes about religion and faith for the Victoria Advocate. You can reach her at jenniferpreyss.com, or on Twitter @jenniferpreyss.

For more information on John Michael Talbot’s life in ministry, or where to purchase his albums and books, visit johnmichaeltalbot.com.

Jennifer Preyss-Mathlouthi is an award-winning faith writer and columnist.

Have you seen the red wolves at the Texas Zoo?