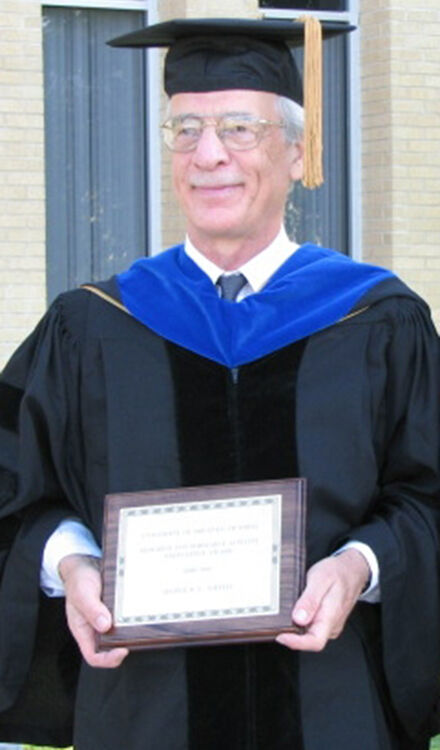 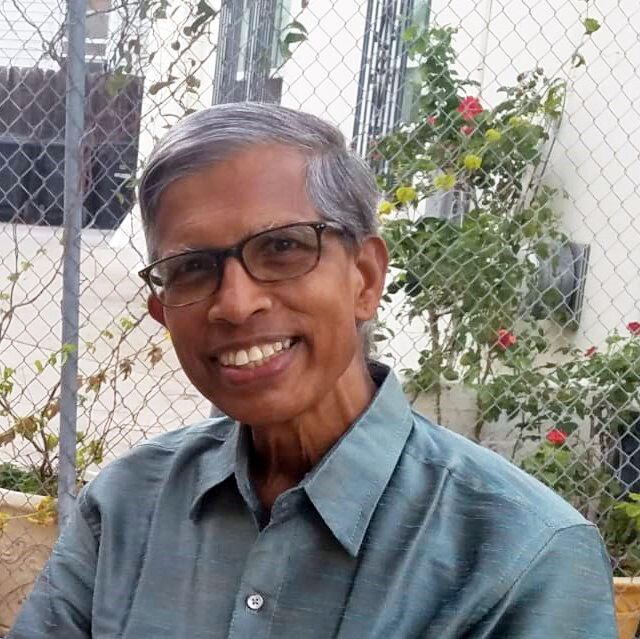 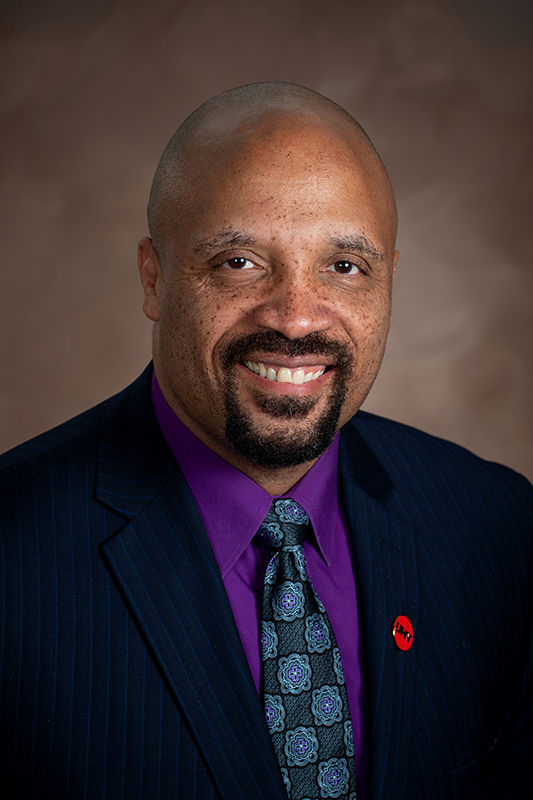 Two retired University of Houston-Victoria faculty members have each received the title of professor emeritus for their years of service to the university and their profession.

“UHV has been extremely fortunate to have faculty like Dr. Smith and Dr. Damodaran, who helped create a foundation of excellence here,” said Chance Glenn, UHV provost and vice president for academic affairs. “The work they have done in their fields and in the classroom has been crucial to UHV’s success and is part of our university’s history. I am proud to see these two receive the honored status of professor emeritus.”

The title of professor emeritus is given to retired faculty members by their colleagues to honor their service to the university and their profession. To be eligible for emeritus status, a retired faculty member must have completed at least 10 years of full-time service at UHV and have achieved the rank of associate or full professor. The title is awarded through a selection process that includes a recommendation from the school, votes from the university’s faculty and UHV Faculty Senate, and approval from the UH System Board of Regents.

“Dr. Smith and Dr. Damodaran are a vital part of the history of UHV and had a positive impact on so many students,” said Craig Goodman, interim dean of the School of Arts & Sciences. “Their efforts helped transform UHV, and it is only fitting their contributions as scholars and researchers be recognized with the rank of professor emeriti.”

Smith enjoyed one of the longest tenures at UHV with 37 years of teaching full time. He joined the School of Arts & Sciences in 1976 when the university had only been open for three years. He taught a variety of history courses, including “Modern Britain,” “Gender Studies,” “The French Revolution,” “Nazi Germany” and more.

One of the biggest changes Smith experienced at UHV was teaching online. In 2000, the university encouraged him to teach an online course to help make higher education available to people outside of the 13-county Crossroads and he taught his first online course.

“When I made the shift to teaching courses online, I had students from across Texas and as far away as Germany and Saudi Arabia,” Smith said. “It has been such an interesting experience to see the university grow and provide access to higher education to a much wider range of students than UHV originally served.”

Two of Smith’s books, “British Feminism in the 20th Century” and “War and Social Change: British Society in the Second World War,” have been required reading at Cambridge and Oxford universities; several of his other books were required reading at the University of Oxford and other universities in the U.S. and Great Britain. Smith also was elected a Fellow of the Royal Historical Society of Great Britain by British historians in recognition of his significant contributions to scholarship on British history. He was a Visiting Fellow at the University of Oxford during the 1994 Michaelmas term and shared his research findings with their faculty and students.

In addition to teaching, Smith said he was honored to have served in various roles to help UHV grow and develop. The administrative positions he held included university research officer, special assistant to the president and history program director. Although Smith retired from teaching full time several years ago, he continues to teach online part time for the university.

He said he enjoys being a teacher and seeing his students become successful in their careers after they graduate from the university. He also is proud and honored when he hears from students that he contributed to their success as well as to their education.

“I am extremely honored and so happy to receive this status, and I appreciate all the work people have put into moving my nomination through the selection process,” Smith said. “This is a high honor and recognition of my years of service at UHV, and I am honored to have contributed to the growth and development of UHV.”

Damodaran first came to UHV in 1991 as an associate professor of computer science. During his time at UHV, he was promoted to full professor and became the coordinator and helped create the UHV computer information systems program. He spent nearly 20 years as a full-time faculty member and taught one course as an adjunct faculty member for several years after retiring.

Some of the courses Damodaran taught at UHV include “Advanced IT Project Management,” “Information Security, Privacy and Ethics,” “Computer and Data Security” and “Artificial Intelligence.” In 1992, Damodaran received the prestigious Fulbright Scholar Award and lectured in India for five months. He later spent a year as a visiting faculty member at an institution in India while he was on sabbatical at UHV.

He fully retired from teaching in December 2019.

“I am extremely happy and honored to be named professor emeritus, and I consider it a gift from my colleagues and the administration,” Damodaran said. “Through this appointment, I will get to stay connected to the university where I gave my heart and soul for 29 years. UHV is very close to my heart.”

The UHV School of Arts & Sciences was different in 1991 when Damodaran was first hired, he said. Back then, the university shared a floor in one building at Victoria College. He came into the computer science program when there was one full-time faculty member. Within a couple of years, the UHV Computer Information Systems program was created, and several semesters after that, enrollment called for hiring additional faculty.

He also helped develop the computer information systems graduate program, UHV’s first fully online program. Along with another faculty member, Damodaran helped create the digital gaming and simulation concentration, which has grown to be its own degree program. He also started Math and Computer Science Awareness Day, a day camp for local youth to learn more about computer science and science, technology, engineering and mathematics.

Additionally, he served in several other capacities at UHV, including as the School of Arts & Sciences representative for the Faculty Senate, and as a member of several committees, including the Promotion and Tenure Committee, the President Search Committee and the Dean Search Committee. He also served on the UHV Academic Affairs Committee.

Damodaran is grateful to the university and faculty, and is happy to see the university continue to grow. His time at UHV was filled with good experiences, outstanding colleagues, and supportive staff, he said.

“It is wonderful to see the younger colleagues and faculty continue to make UHV a great place with scholarships and programs,” Damodaran said. “The university is doing an outstanding job contributing to scholarly programs and helping students succeed.”