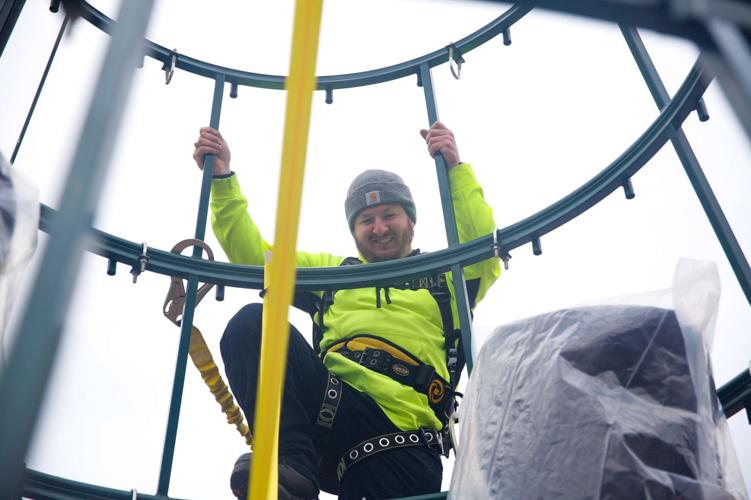 Ben Berger helps set up the Christmas tree on Forrest Street. The completed tree will play Christmas tunes throughout the season. 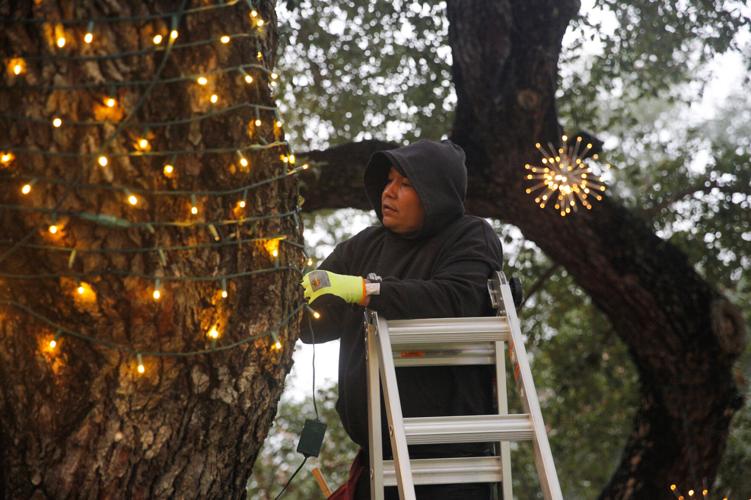 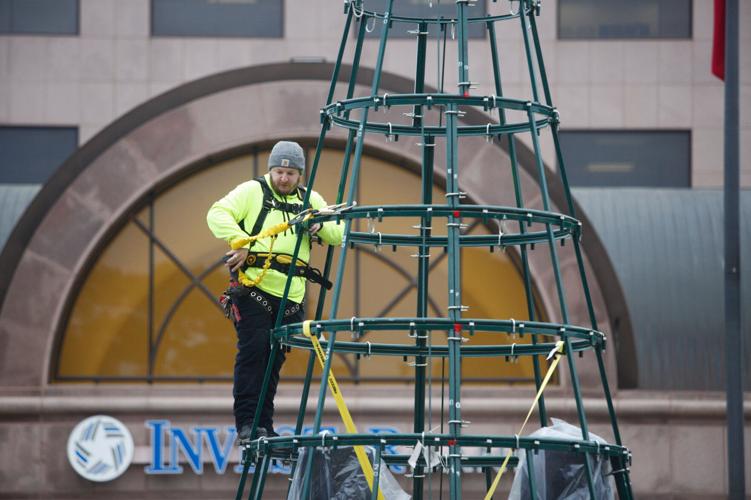 Ben Berger sets up the Christmas tree on Tuesday evening on Forrest Street. 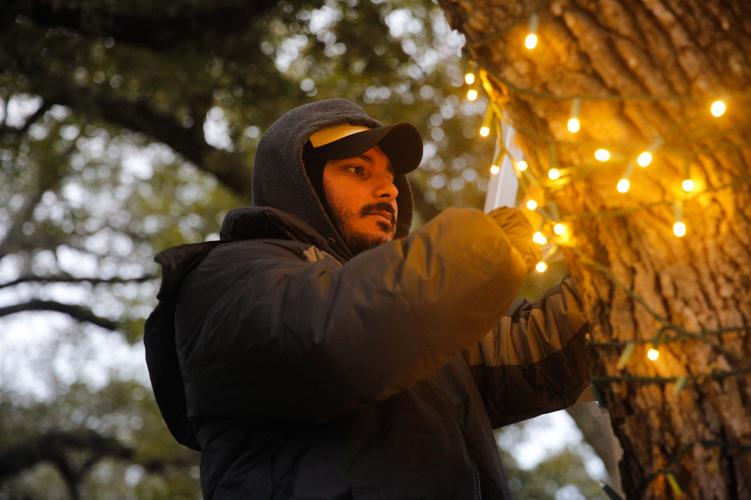 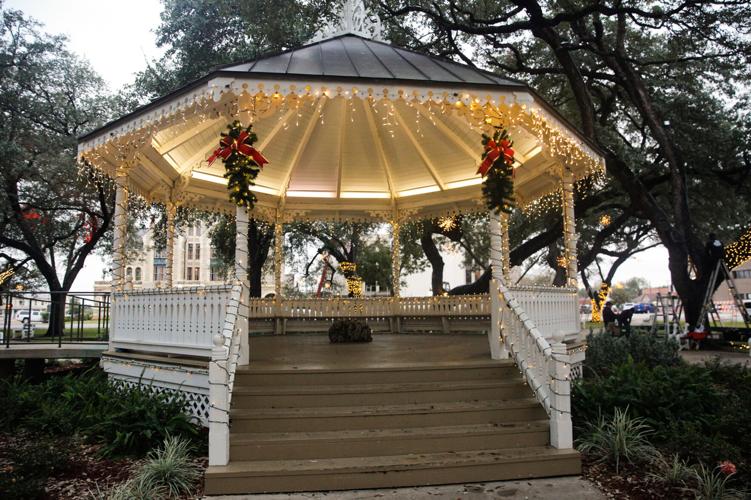 Christmas decorating is underway in DeLeon Plaza in downtown Victoria. 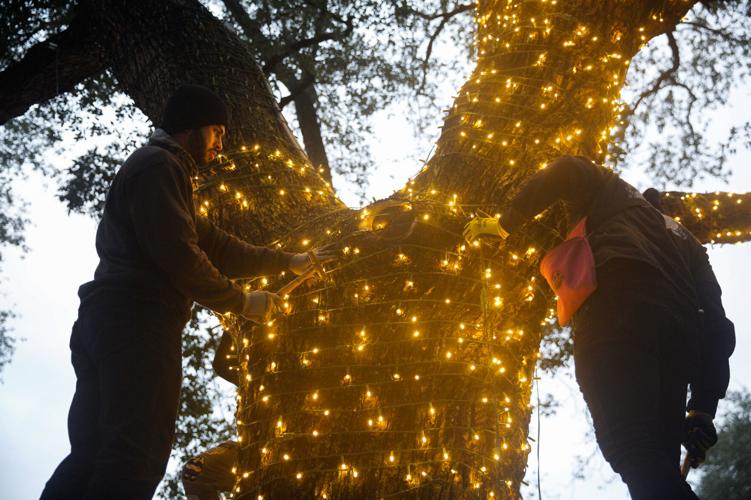 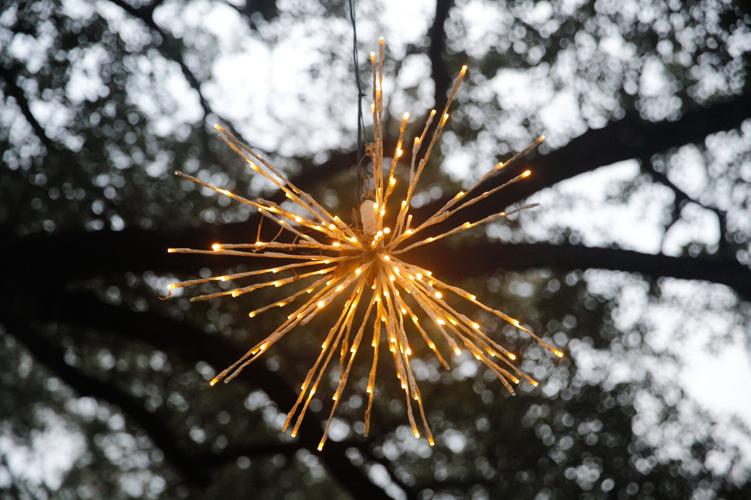 Christmas decorations are hung on trees in DeLeon Plaza.

Ben Berger helps set up the Christmas tree on Forrest Street. The completed tree will play Christmas tunes throughout the season.

Ben Berger sets up the Christmas tree on Tuesday evening on Forrest Street.

Christmas decorating is underway in DeLeon Plaza in downtown Victoria.

Christmas decorations are hung on trees in DeLeon Plaza.

The leftover turkey sits cooling in the refrigerator by now. Pie pans may be scraped clean. Belt loops are probably loosened, and people could be thinking of blowing the dust off of yuletide decorations, if they haven’t already.

At any rate, Christmastime kicks off in a big way this Saturday at DeLeon Plaza.

Seventy-eight vendors will set up shop around the Plaza, 101 N. Main St., and down Bridge Street, to hawk their holly wares during Victoria’s first Small Business Saturday event from 10 a.m. until 8 p.m.

Socially Awkward Media’s Tina Goodner brought the event to life and said it has grown exponentially since she birthed the idea, bringing in a wide variety of vendors from seven counties, Santa Claus from the North Pole and the Grinch from Whoville.

The day will also include booths set up by the Texas Zoo, several animal rescue organizations, the Victoria Art League and more, as well as live entertainment.

“Greek Goodness will be there,” Goodner said. “The owner is Tammy Kastronis. I never, ever liked walnuts, but I still dream about her baklava.”

Veteran-owned Smokin Gun Coffee, of Port Lavaca, will be among the vendors as well, Goodner said.

Goodner said she picked her last vendor Monday morning — White Pear Boutique, which, she said, may have bumped the number of vendors up to 79.

Alcoholic beverages will be served after 4 p.m. as part of the Community Christmas Kick-off Party from 4-8 p.m., the event’s finale.

Jingle & Mingle! is also an artisan’s market, but the event sponsors will collect items for care baskets they will deliver to homeless people during the holidays.

During the same time, in De Leon Plaza, Christmas on the Square takes place from 5-9 p.m. Dec. 2, and includes a tree-lighting ceremony, hot cocoa sipping, pictures with Santa, live music, vendors and more.

The downtown Lighted Christmas Parade kicks off the next evening, at 6 p.m. Dec. 3.

“We’re going to have over 120 floats, over 10 vendors and cover six blocks, starting on Forrest, down Main, turning on Church and then up Bridge Street,” Gaby Guilarte, Parks and Recreation coordinator, said Tuesday.

Santa will ride a firetruck, she said, preceded by a foam “snow.”

The Christmas fun continues into the next week with the staging of a holiday favorite.