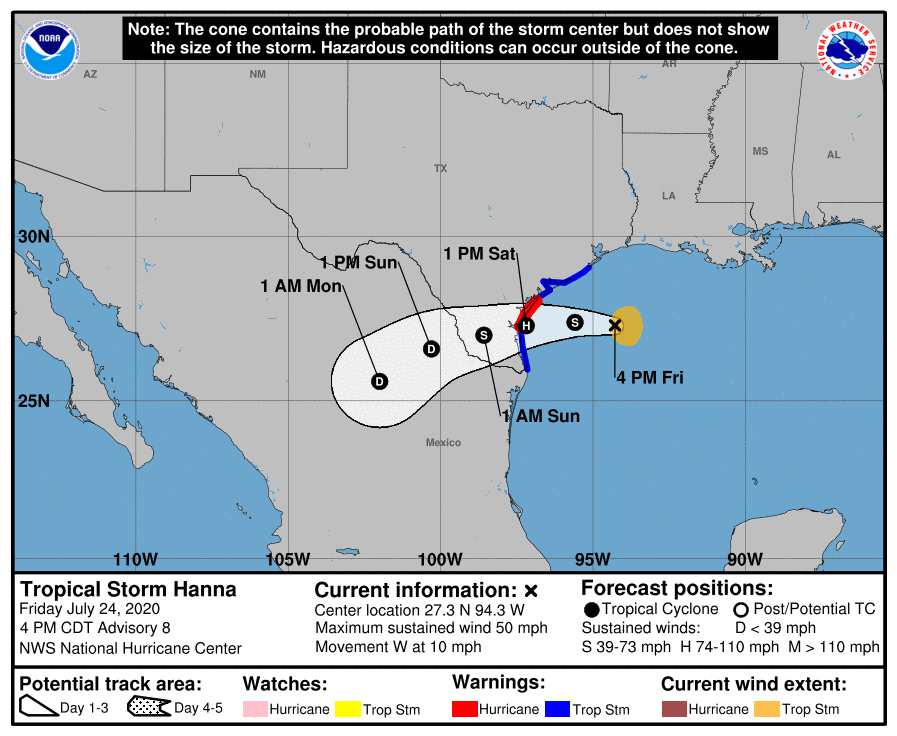 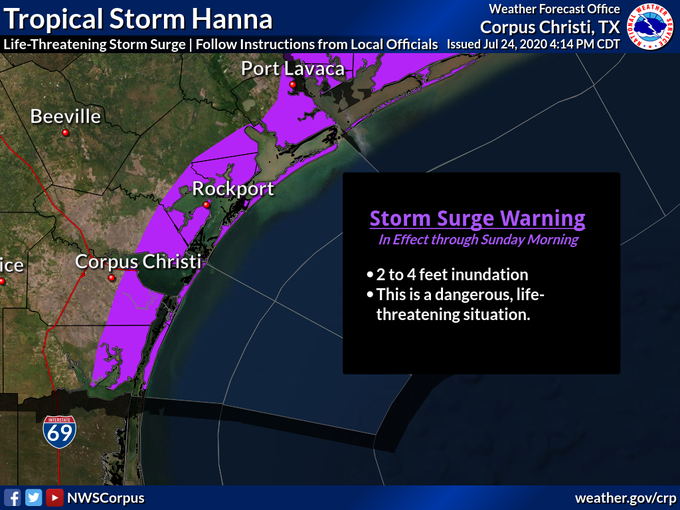 Storm surges of two to four feet are expected along the middle Texas coast. A flash flood watch is in effect from Saturday morning to Sunday evening. 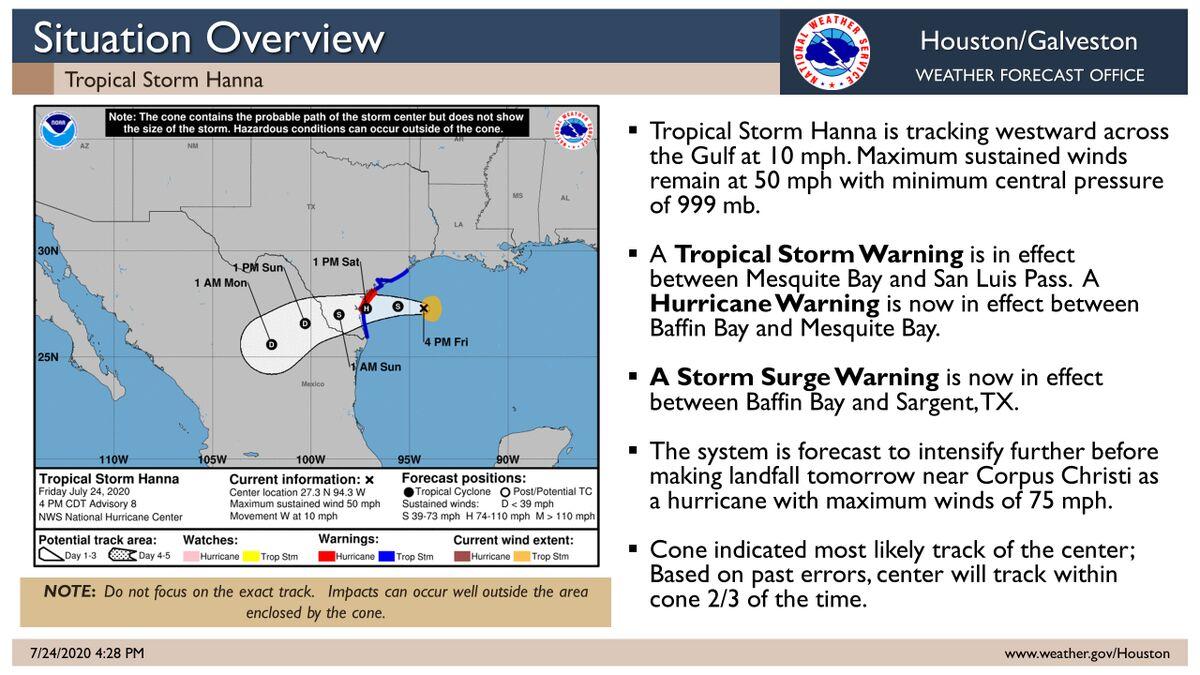 Storm surges of two to four feet are expected along the middle Texas coast. A flash flood watch is in effect from Saturday morning to Sunday evening.

Tropical Storm Hanna is expected to become a Category 1 Hurricane by the time it makes landfall on Saturday, the National Weather Service said.

As of 4:12 p.m. the storm had 50 mph winds and was strengthening as it moved westward. Hanna is projected to make landfall near Corpus Christi and bring heavy rains, rapid winds and potential minor coastal flooding to the Crossroads.

The Victoria area remains under a tropical storm warning with 2 to 4 inches of rain expected. The heaviest rain is expected to occur Friday night through Sunday.

Liz Sommerville of the National Weather Service office in Corpus Christi said some isolated areas in the Crossroads could see 6 to 8 inches of rain, but the likelihood of hurricane-force winds this far north is slim.

Closer to the storm's center, the National Weather Service projects winds of 70 to 80 mph with gusts up to 90 mph. Five to 10 inches of rain are expected over parts of South Texas, with isolated locations reaching 15 inches, according to the National Weather Service. A hurricane warning is in effect from Baffin Bay to Mesquite Bay and areas farther inland near Corpus.

A storm with sustained winds of 75 to 94 mph qualifies as a Category 1 hurricane.

As of Friday afternoon, a flash flood watch is in effect in Victoria, Goliad, Calhoun and Refugio counties and along much of the Gulf Coast from Saturday morning through Sunday evening. Storm surges of 2 to 4 feet are possible on beaches, bays and islands in the middle Texas coast. Low-lying and poorly draining locations, including in urban areas, are expected to experience flooding.

In Victoria, winds of 15 to 25 mph are expected, which is below tropical storm force, but there is potential for winds of 39 to 57 mph, according to the National Weather Service.

Residents in areas vulnerable to flooding are advised to take precautions, including moving to higher ground and avoiding flooded motorways, staying away from flowing water or water of known depth and avoiding river banks and culverts.

The Texas Game Wardens are preparing airboats and flat bottomed boats to assist with rescues if needed.

Those in areas vulnerable to high winds, such as areas with large trees, manufactured homes and high rise buildings should seek shelter before the storm intensifies. Boaters should get off the water before high winds or floodwaters arrive.