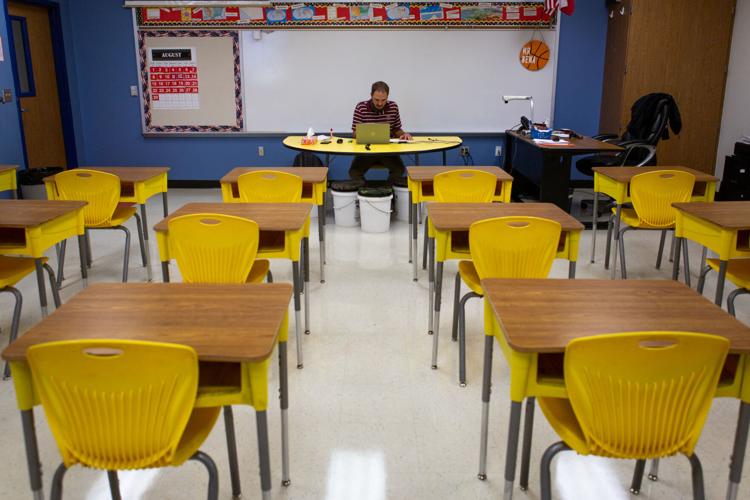 Cory Bena conducts a virtual lesson to an empty classroom with his fifth-grade students on the first day of school amid the COVID-19 pandemic in August 2020 at Schorlemmer Elementary School. 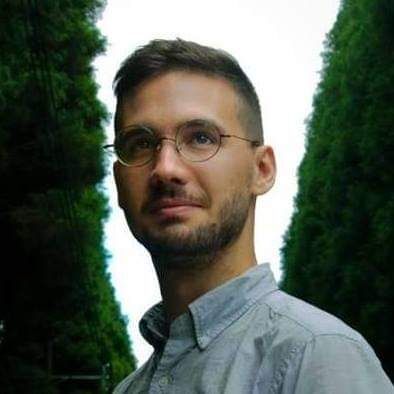 With two months to go until the 2022-23 school year, Victoria public schools are looking to hire over 200 teachers and paraprofessionals amidst a national teacher shortage.

The district has at least 141 open teacher positions and 81 open paraprofessional positions, as of June 1, according to listings on the district’s online hiring portal. The unfilled jobs cover almost every part of the district’s public school system, with openings hitting virtually every subject from elementary to high school. Some, such as multiple teacher positions at Liberty Academy, have been open since November 2021.

The district’s Executive Director of Communications and Public Relations Ashley Scott said the amount of job openings this summer are similar to a year ago.

However, there is a clear increase in job vacancies since before the COVID-19 pandemic. In the period between March and July 2019, there were 68 jobs available on the district’s hiring website. There are currently 374.

These vacancies come in the middle of a teacher shortage felt by schools across Texas and the United States.

The amount of newly certified teachers in Texas fell sharply between 2017 to 2020, and despite an increase in the 2021-22 school year, the number of new certifications has still not recovered to the 2016-17 level, according to data from the Texas Education Agency.

The combination of a global pandemic, staffing problems and an already difficult job has made teaching even tougher in recent years.

Robert Posey, a former choir teacher at Stroman Middle School, left teaching in 2021. He said that while he loved the job, the COVID-19 pandemic took away what he enjoyed about being a teacher — working with students and making music together. It also made an already stressful line of work even harder.

“It’s a difficult job, and so you’re kind of always on the edge anyway,” Posey said.

Pandemic-era staffing issues only made that difficulty worse.

“Post-pandemic, it seemed like the cracks, that if there were already cracks, they had completely broken, and we would have days with 20 teachers not there,” Posey said. “… and we had to find substitutes, or other teachers had to fill spots, and that added a lot of stress to an already stressful job.”

A survey from the National Education Association reported that the COVID-19 pandemic was a real problem for teacher staffing, with 90% of the association’s teachers saying burnout was a “serious problem” and 55% saying they planned to leave teaching earlier than planned.

Rachel Martinez, the associate dean and an associate professor at the University of Houston-Victoria’s College of Education, said the shortage in Texas is compounded because of the state’s growth.

Teacher pay is also cited as an issue.

“It’s a stressful job, and you don’t get a lot of monetary compensation for it,” Posey said. “Most teachers that I’ve talked to will say that the reason they do it is because they love teaching; they like doing what they do. There’s really no one who says ‘Oh, I do it for the great payment, or the working with administrators or dealing with student discipline. That’s why I love my job,’” he added. “No, it’s the teaching part.”

Victoria’s school board has taken action on that front; a new compensation plan passed in May gave Victoria teachers a $1,100 raise and a one-time $3,000 retention stipend. The plan also set the district’s starting teacher salary at $48,200.

In order to fill openings, the district is hosting a job fair and trying to recruit UHV graduates and former district students who have gone on to graduate and become teachers, Scott said.

UHV’s education programs are developing new partnerships with the district which will hopefully help ease some of the staffing difficulties, Martinez said. Starting next year, some UHV students will start a paid year-long student teaching residency at district schools. As the university fully implements the program after the 2022-23 school year, Martinez expects most of these students will stay in Victoria to teach after they graduate.

“I really think it’s going to help feed into their (the district’s) teacher pipeline,” Martinez said.

You can find a list of open VISD positions and apply online at visd.tedk12.com/hire.

Victoria College's Board of Trustees met Wednesday afternoon to review the college's finances and a preliminary version of the upcoming budget.

Have you ever volunteered with Habitat for Humanity?