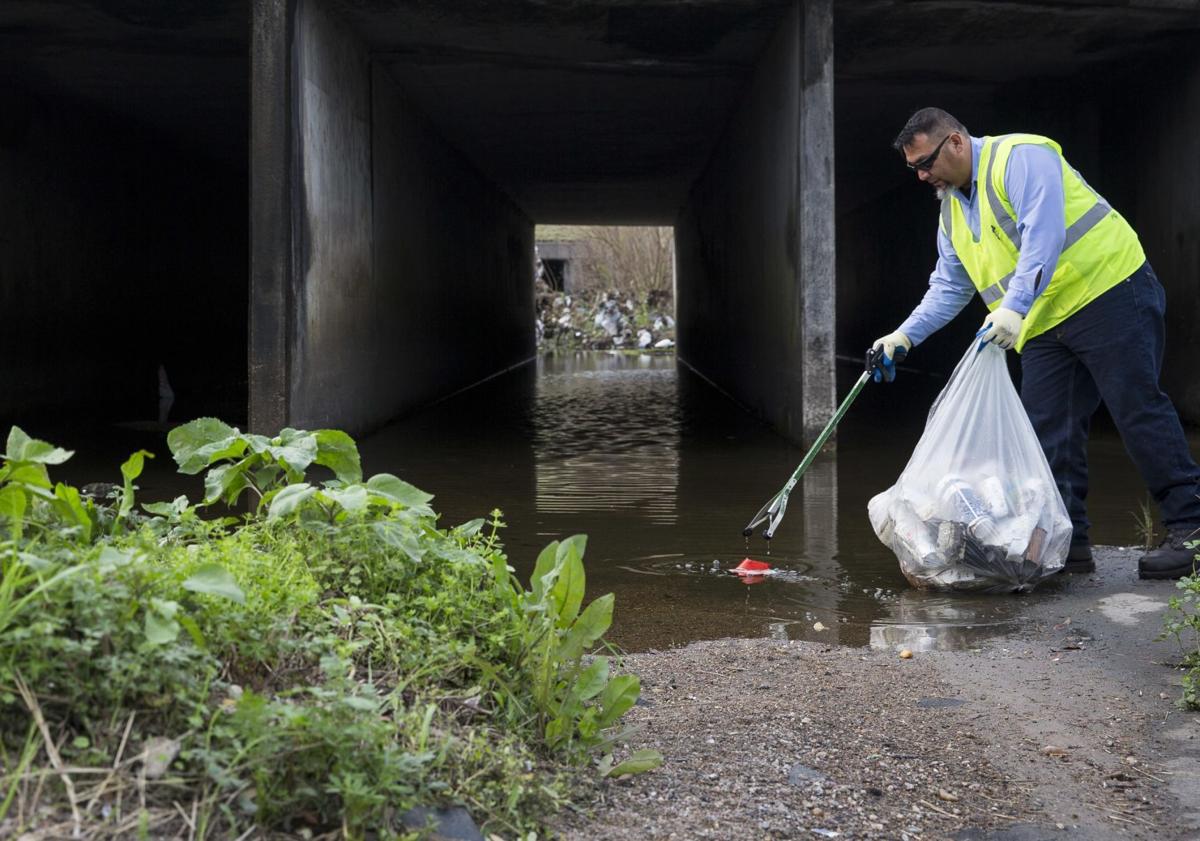 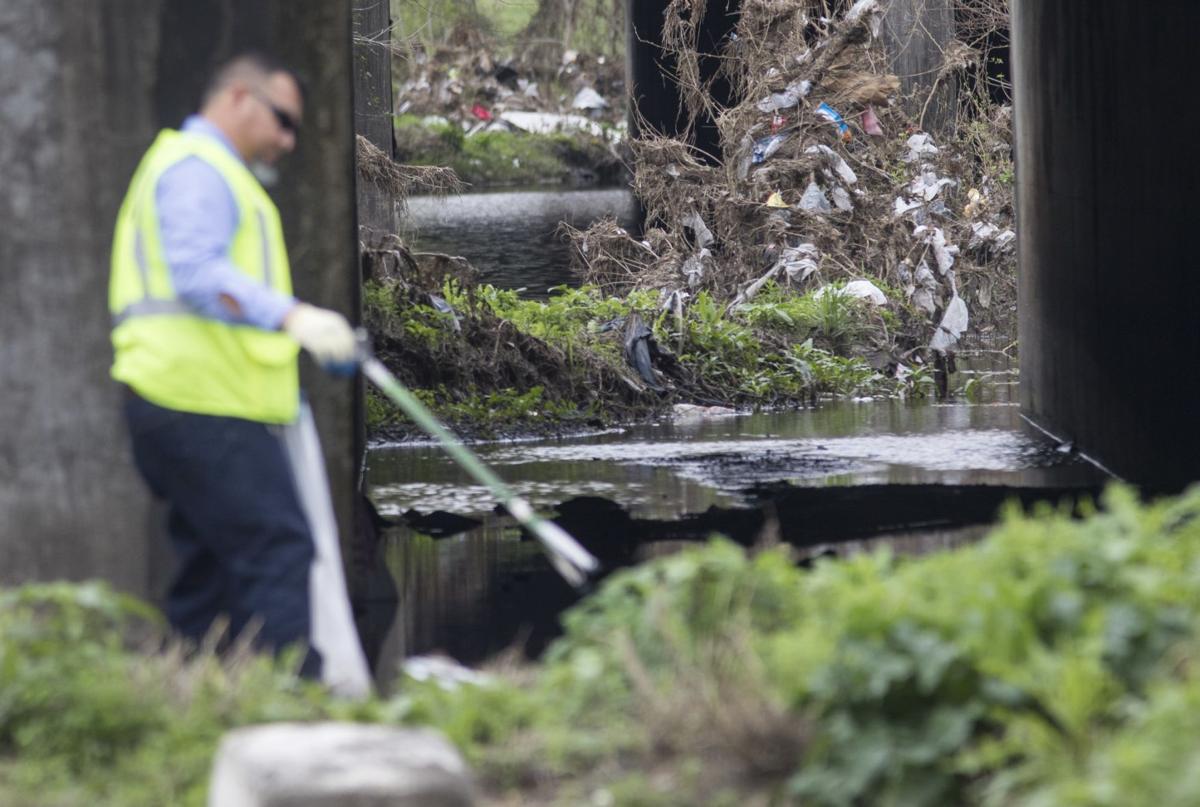 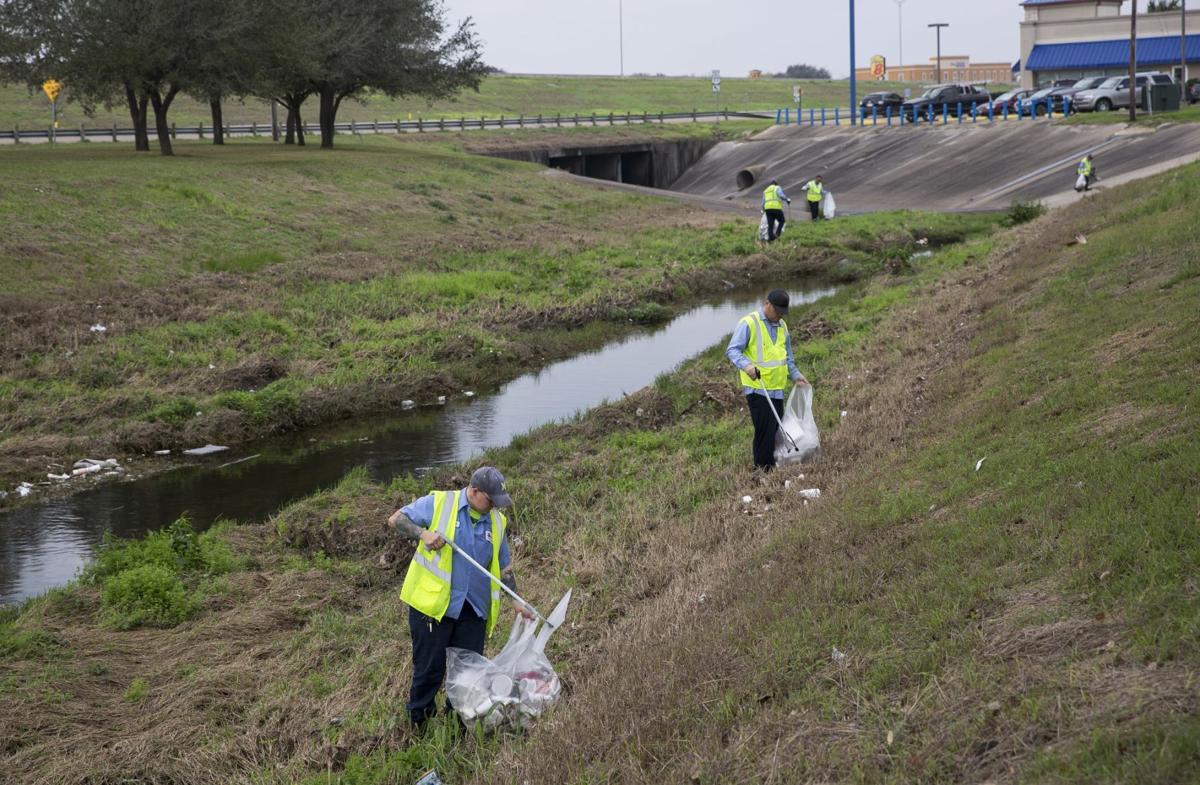 A city of Victoria Solid Waste crew picks up trash in a ditch in front of Target and IHOP. “It’s to beautify the city,” Supervisor Frank Luna said.

A city of Victoria Solid Waste crew picks up trash in a ditch in front of Target and IHOP. “It’s to beautify the city,” Supervisor Frank Luna said.

Victoria County resident Robert Maretick is sick of seeing all the trash pile up along the grassy roadways that lead to his Bloomington home. The 65-year-old grew up in nearby Crescent Valley and remembers a time when his community wasn’t always covered in the contents of other residents’ trash cans.

But today, and especially after Hurricane Harvey, litter is a growing problem — an embarrassing one for the retired construction supervisor, who wishes he could feel proud of his hometown.

Maretick is among other residents who are fed up with litterbugs. Whether the litter is on the road leading to the landfill or piling up in ditches in the north part of the city, many driving through Victoria are noticing how trashy the city has become.

Exasperated and embarrassed by litter collecting along roadways, city and county officials want to team up with law enforcement and the state to tackle the problem. Stricter policing of litterbugs, public education and a program allowing inmates to pick up trash are among solutions being tossed around by local officials.

“We need to have this sense of pride that this is our city, and we don’t want it to look like this,” said Darryl Lesak, who runs the city’s environmental services department.

During the past couple of years, Lesak’s department has taken a hard look at Victoria’s litter problem. Last year, his staff drove across the city, collected trash from alongside roadways and shoved it into bags.

They hauled the trash back to their offices and sorted through it in hopes of finding its origin. They found lots of wrappers from gum, cigarettes, chips and candy in addition to plastic bags, lightweight cardboard boxes and lottery tickets.

“Lots and lots of lottery tickets — and none of them were any good,” Lesak joked.

City officials found that most of the trash was “windblown” — carried away from overflowing trash cans, dumpsters, trucks and grocery carts left in store parking lots. Lesak doesn’t think most people are littering intentionally, he said, but instead being careless about where they leave garbage or let trash cans overflow.

“What we end up with is a mess,” Lesak said.

Litter is ugly — but it’s also a health hazard in a city that relies on the river for its drinking water, Lesak said.

The litter isn’t always plastic wrappers or bags — it could be a rag soaked in gasoline or a paper towel used to check a car’s oil, he said.

All of that trash clogs up the city’s drainage system and eventually flows into waterways leading to the bay, where it can harm wildlife like fish, turtles and birds, Lesak said.

Lesak is now teaming up with County Commissioner Danny Garcia, whose district includes the city’s landfill — and the roadways covered in trash that lead to it.

The two are planning to organize talks with the Texas Department of Transportation and local law enforcement to fight littering and boost public education.

Most of the trash in Garcia’s precinct flies out of trucks on their way to the dump, he said. Right now, the landfill charges a $25 fee to people who bring loads that aren’t covered in tarps, but the charge hasn’t put a dent in the problem.

Today, his constituents aren’t happy with the growing problem, which has only worsened in the aftermath of Harvey with residents and out-of-town contractors hauling debris to the dump. So now it’s up to Garcia and other government officials to come up with a plan.

“We need to figure out a way where we can sit down together and come up with a solution that works for us,” Garcia said.

How would you rate the litter problem in Victoria?

Victoria used to have a nonprofit dedicated to cleaning up the city and making it more beautiful.