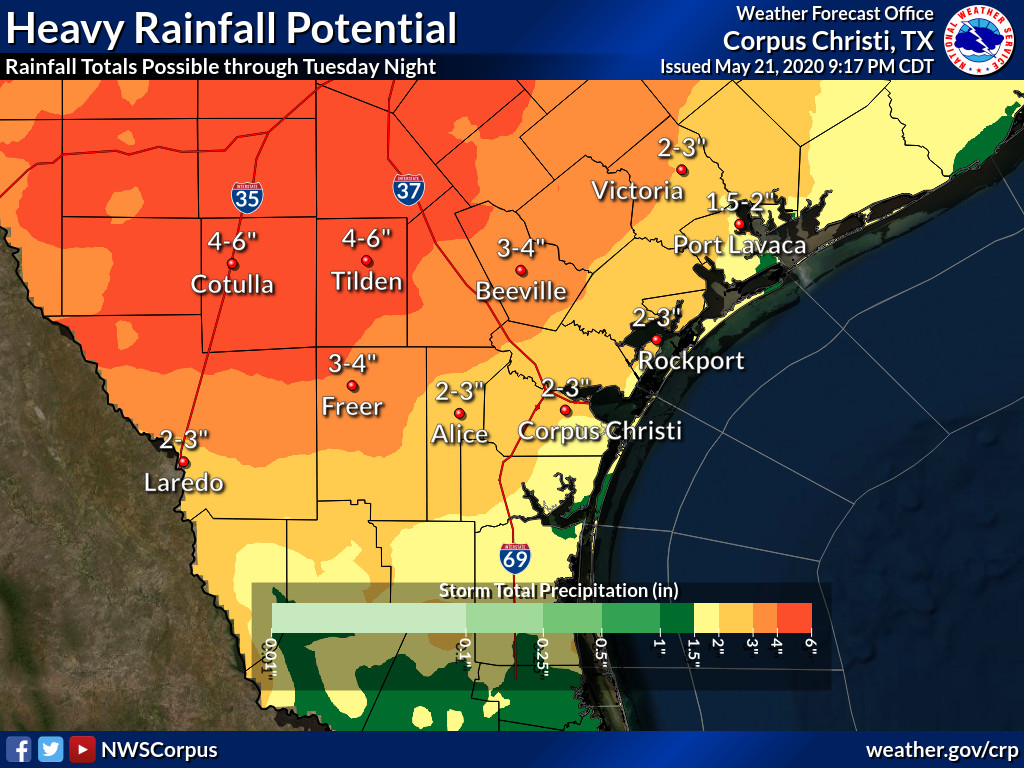 But meteorologists are split on models predicting the weather, according to a National Weather Service bulletin.

"Confidence is low at this time as there is disagreement with the guidance models," according to the weather service. "Due to the high uncertainty, it is not clear at the moment where the heaviest rainfall will occur, or how widespread it will be."

But if rain does occur, it could mean flash flooding despite predictions the ground could absorb a "good amount" of rainfall.

Between two and four inches of rain could fall with six inches in some areas.

"In addition to heavy rainfall, there is a potential for a few strong storms, with strong winds and hail being the main threats," according to the weather service. "At this time, it's still too early to determine the intensity and location of any strong storms."

Stormy weather could begin as early as Friday night.

A 30% chance for rain and storms is predicted for Friday night, mainly after 5 a.m., with a low of 76 degrees.

Friday, the high is forecasted to reach 91 degrees with a 20% chance for rain, mostly before 10 a.m., and skies should turn increasingly sunny.

Saturday, a 30% chance for rain is predicted with partly sunny skies and a high of 90 degrees.

That evening, the chance for storms is 30% with mostly cloudy skies and a low of 75 degrees.

Sunday should be even more stormy with a 60% chance for rain and storms. The high for that day could reach 87 degrees.

Sunday night, a 30% chance for rain and storms is expected to continue.

Memorial Day is likely to also be stormy with a 60% chance for precipitation.

A 40% chance for rain and storms is expected to continue into the evening.

Have you done any back-to-school shopping?