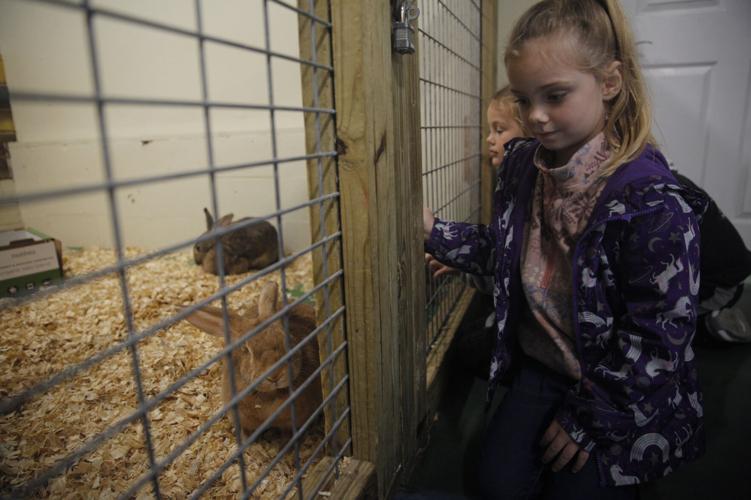 Students at the Texas Zoo day camp visit bunnies at the zoo on Monday morning in Victoria. 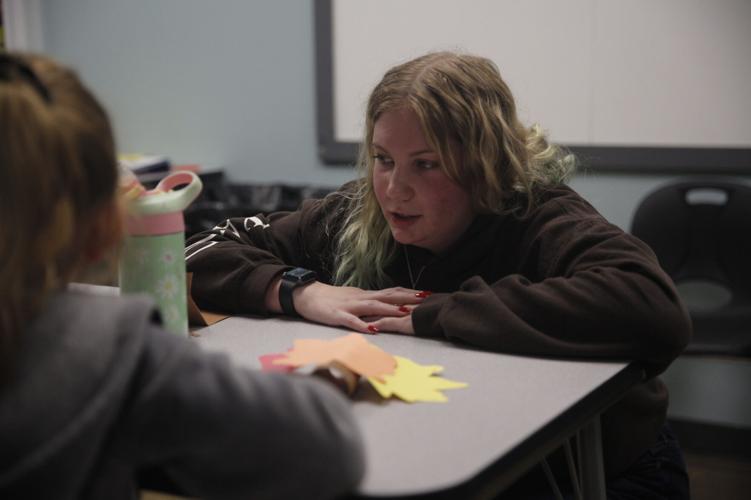 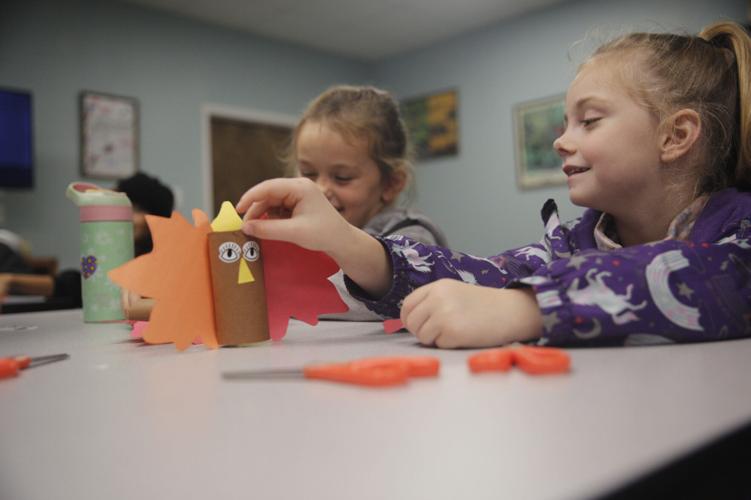 Amelia Reeder and Emmy Heller make turkeys out of construction paper on Monday morning at the Texas zoo day camp. 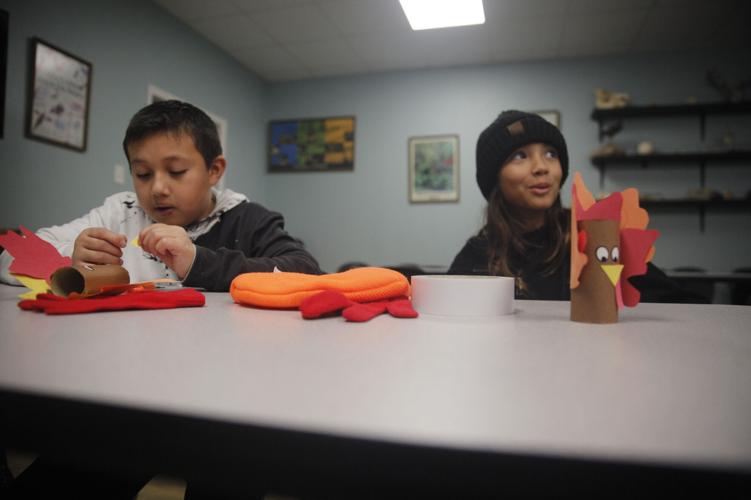 Korbyn Molina and Myla Poacheo construct a paper turkey during one of their lessons Monday morning at the Texas Zoo day camp.

Many Victoria children have the week off from school to celebrate Thanksgiving, but some of them are still filling their days off with hands-on education.

The Texas Zoo’s Fall day camp gives children a chance to learn about animals and nature, with the goal of forming stronger connections between the kids and the environment they’re a part of.

The 2022 iteration of the three-day camp naturally focuses on the fall and teaches kids about how the changing season affects plants, animals and the environment as a whole.

On Monday, the students learned about why leaves change colors during the fall as chlorophyll stops working, and how some animals — but not most zoo animals — hibernate during the winter.

They also had some guest appearances.

The zoo’s turkey, fittingly named Thanksgiving, showed up, and the campers got to see how turkeys can “burp” because of an air pocket in their body.

A Victorian Christmas aglow: Hallettsville Festival of Lights celebrates past, present and future of Christmas

Ten-year-old Korbyn Molina, one of the campers, said seeing the turkey was his favorite part, and thought the the spurs on the back of its legs were particularly cool.

His cousin, Mylah Pacheco, said her highlight of the day was when they got to see one of the zoo’s snakes.

That sort of hands-on engagement is a big part of the camp’s — and the entire zoo’s — purpose, said Megan Meyer, the zoo educator, who is leading the camp.

“I love the fact that we’re such a smaller zoo, because you are able to get those hands on,” she said. “I mean, at a larger zoo, you’re not going to have a turkey walk right into a classroom and having it burp for the kids, and that’s what they love.”

The campers also got to pet the zoo’s bunnies, after being cautioned from Meyer that even animals as cute as bunnies can sometimes be less than completely friendly.

“Anything with a mouth can bite,” Meyer warned.

Later on during the week, the campers learned more about how animals adapt as the seasons change, and then will combine the animal and the plant side together, for a picture of how different types of living things interact to form a larger environment.

That sort of education is part of the zoo’s larger mission to educate the public and form a connection with nature. Meyer said seeing students form those connections is the best part of leading the camp.

“A lot of the kids come back either wanting to work with animals or work in the field,” she said.

It also gives them a better look at what goes on behind the scenes at the zoo, and the importance of wildlife protection.

Have you ever placed an angel on the Tree of Angels in Port Lavaca?