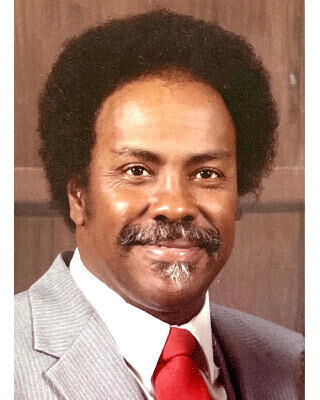 Billy Ray King
FRESNO — Billy Ray King was born August 24, 1937, to Ollie and Maud Esther King in Bloomington. He was the eldest of five children. Billy accepted Christ at an early age. He was later baptized in 1984 at Morning Star Baptist Church by Rev. Franklin Harvey. Billy’s favorite song was Grace and Mercy.
Billy Ray attended EE Hatchet School through the 8th grade and graduated from F.W. Gross High School in 1954. From there he enrolled in Prairie View A&M University where he graduated in 1959 with a degree in Industrial Arts. In 1960 Billy joined the United States Air Force where he served his country for four years and was honorably discharged. In 1967 Billy Ray began his career with Southern Pacific Railroad, who later changed their name to Union Pacific, working as a Brakeman and was soon promoted to conductor, giving him the honor of being the first African American to hold the position for Southern Pacific.
December 1, 1984, Billy united in Holy Matrimony with Emma Harvey and celebrated 36 years of marriage. They are blessed to share six sons. Billy departed this Earthly life Friday October 8, 2021. He was preceded in death by his parents, Ollie and Maud Esther; his sister, Bobbie Jo Clay; and his brother, Douglas King.
He leaves behind a lifetime of precious and loving memories to be cherished by his wife Emma; his sons, Belvis King of Round Rock, Billy King, Jr. Austin, Ollie King (Aisha) of Victoria, Mark King (Laverne) of Bossier City, Kyle King (Jaki) Fresno, Robert Bullock (Quinn) Houston; his brothers, Edward King (Tina), Paul Wayne King (Joyce); sister, Lola Mae Neal; sister-in-law, Irma King; 14 grandchildren; 6 great grandchildren, a host of nieces, nephews, friends, and class of 1954 FW Gross High School.
Family and friends will gather at Grace Funeral Home, 2401 Houston Highway in Victoria, Saturday, October 16th, for visitation from 9:00AM to 10:00AM. The Homegoing Celebration for Billy will begin at 10:00AM at Grace Funeral Home. Followed by burial at the Bloomington Community Cemetery.
2 Timothy 4- 7 I have fought a good fight, I have finished my course, I have kept the faith:
8 Henceforth there is laid up for me a crown of righteousness....
Thoughts and memories may be shared online at www.gracefuneralhome.net.
Arrangements and services under the personal care of Grace Funeral Homes & Cemeteries