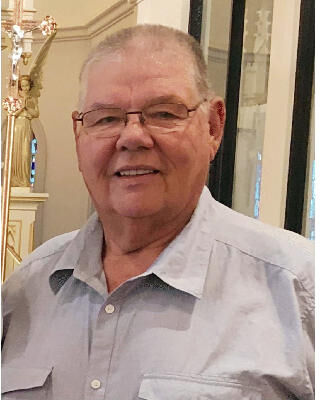 Bobby L. Holly
VICTORIA — Bobby Lee Holly, age 72, passed away February 13, 2021 after a hard-fought battle with kidney failure, multiple strokes and falls. He was born in Hallettsville, Texas on November 20, 1948 to the late Alfonse and Viola Holly.
Bobby was drafted into the US Army and served his country honorably in the Vietnam War from July 1969 to July 1970. Bobby married Dolores Grahmann on October 30, 1971 at Sacred Heart Catholic Church in Hallettsville. Together they raised three sons of which he was very proud. He loved his family and 6 grandchildren more than anything else. Bobby worked as a painter/sandblaster for Brown and Root for 25 plus years and later retired from Victoria County road and bridge crew in precinct 3. He also worked for Kellogg Propane making deliveries in his spare time. He was an avid outdoorsman who loved to hunt, run trot lines, and his adventures allowed him to travel many places across Texas in pursuit of his favorite past time. He spent as much time as he could at his ranch in Langtry, TX, and loved sitting on the porch watching his kids and grandkids coming in from their evening hunts while frying chicken or making a big pot of stew. Bobby was a long-time member of St. Mary’s Catholic Church, American Legion, and SPJST.
He is survived by his wife Dolores Holly; son Doyle Holly and wife Kristy; son Jeff Holly and wife Amy; son Scott Holly and wife Ellie; and grandchildren Dawson and Karson Holly, Brady, Brooke and Blair Holly and Rollins Holly; sisters Shirley Kalmus and Diane Hadley.
In addition to his parents he is preceded in death by his infant son Bruce Holly and infant daughter Collette Holly.
Visitation was held on Monday, February 22, 2021 from 5-7 p.m. at Rosewood Funeral Chapel, immediately followed by a Rosary.
Funeral Services will be Tuesday, February 23, 2021 at 10 a.m. at Sacred Heart Catholic Church in Hallettsville, Texas. (Social distancing and masks are required) Full military honors will follow immediately at Sacred Heart Cemetery.
Pallbearers are grandsons Dawson Holly, Karson Holly, Brady Holly, nephew Jason Kalmus, niece Holly Hearn, family friend Kevin Roehl and brother-in-law Melvin Grahmann. Honorary pallbearers are grandson Rollins Holly, brother-in-law Larry Kominczak and child hood friend Harvey Woytek.
Words of comfort may be shared with the family at www.rosewoodfuneralchapel.com