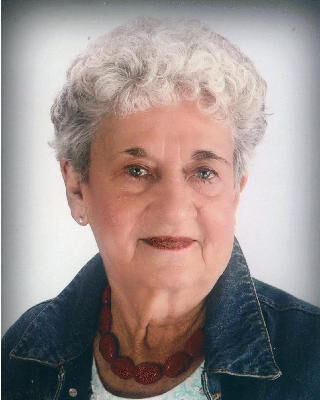 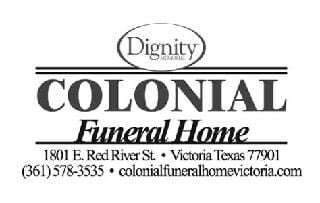 Elizabeth A. Jaschke
VICTORIA — Elizabeth Ann Krauskopf Jaschke was born July 13, 1928. She was the oldest of four children born to Frank and Annie Krauskopf at Ganado, Tx. She passed away on Tuesday, January 19, 2021 at the age of 92 at her daughter’s home where she lived. She was a loving mother, sister, grandmother, and great grandmother. She was very proud of her 3 children, 7 grandchildren, and 4 great grandchildren.
Elizabeth had one sister, Helen Knight from Corpus Christi, two brothers: Willie Krauskopf (deceased) and Kenneth Krauskopf from Alvin, Tx.
Her father worked for the railroad. Her mother was famous for her homemade kolaches and cinnamon rolls.
Elizabeth entered 1st grade in Sweet Home and finished school at Bloomington High School.
After high school, she met her future husband: Victor Paul “Pete” Jaschke. They were married on August 28, 1947 at Our Lady of Sorrows Catholic Church. Pete worked in the oil fields and they traveled for 7 years, 1947-1956 before settling in Victoria.
As a homemaker, Elizabeth devoted her time to her husband, home and three children. She busied herself with sewing, cooking and volunteering for activities such as Nazareth PTA, Piloteers Mother’s Club, Parent Educators, Food Bank of the Golden Crescent, Voting Polls, mailouts and sports events. For fun she joined a bowling team and won many personal and team trophies, and enjoyed playing cards and board games, with her favorite being Pegs and Jokers.
She spent time crocheting, gardening, and canning. She also loved dancing and joined a group called the P.O.L.K.A. Lover’s Klub of America. The group danced at Nursing and Retirement Homes, parades, Western Days and St. Mary’s Festivals.
Elizabeth belonged to Catholic Daughters of America, St. Mary’s Sewing Group and St. Mary’s Altar Society, where she loved to make “scrubbers” for the Harvest Bazaar.
Elizabeth was preceded in death by her husband: Victor “Pete” Jaschke, her parents: Frank and Annie Krauskopf, her brother: Willie Krauskopf, and her daughter in law: Cheryl Jaschke.
She is survived by her 2 daughters and sons in law, Karen and Robert Allums, Stephanie and Rocky Whitley, her son, Steven P. Jaschke; her grandchildren: Bobby Allums and wife Rachel, Daniel Allums, Jordan Jaschke, Lauren Jaschke Ledwig, Hannah Jaschke, Preston Whitley and Trent Whitley; her great grandchildren: Ashley Allums, Zachary Allums, Logan Allums, and Conleigh Whitley.
Visitation for family and friends will be held on Monday, January 25, 2021 at Colonial Funeral Home from 5-7 p.m., followed by the Rosary at 7 p.m. Funeral Mass will be at St. Mary’s Catholic Church on Tuesday, January 26, 2021 at 2 p.m., with entombment to follow at Resurrection Mausoleum.
Memorial contributions may be made to St. Mary’s Building Fund, or St. Mary’s Altar Society.
Pallbearers will be Daniel Allums, Jordan Jaschke, Preston Whitley, Trent Whitley, Robert Allums and Kenny Krauskopf.
Due to COVID-19, all who attend the Visitation, Rosary and Funeral Mass must wear a facial covering and maintain social distancing.
Words of comfort may be shared with the family at www.colonialfuneralhomevictoria.com