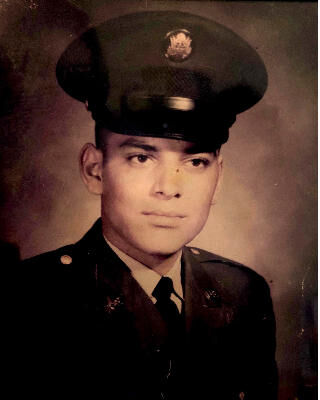 Francisco “Frank”
Salvador Polanco
VICTORIA — Francisco Salvador Polanco, 72, lovingly known to most as, “Frank”, went to be with the Lord, October 3, 2021. He was born November 27, 1948, in Victoria, to the late Bill Serrata and Maria Polanco.
Family and friends will gather for visitation, Friday, October 15th, from 6:00PM to 8:00PM at Grace Funeral Home, 2401 Houston Highway, Victoria, rosary will begin at 7:00PM. Funeral Mass will be at 9:00AM, Saturday, October 16th at Santisima Trinidad Catholic Church (Holy Trinity) 2901 Pleasant Green Dr. Victoria, Texas.
Pallbearers will be James Johnson, Joseph Dartez, Christopher Polanco, Branden Johnson, James Polanco, and Billy Lee.
Frank is survived by his loving wife of 48 years, Dolores Polanco, children; Brenda Polanco, Frederick Polanco, Rosa Saenz and her husband, Juan, Stormi H. Polanco, Francisco Polanco, Jr., Amanda Lee and her husband, Lee, Aaron Polanco and James Polanco, 19 grandchildren; 14 great grandchildren, 1 great-great grandchild, siblings: Irene P. Benavidez, Michael Serrata, Cindy Trevino, and Abel Serrata, sister-in-law; Mary Alice Sanchez and many other friends and family.
He was preceded in death by his parents, his grandmother, Maria Polanco; son, Ricky Polanco; brother, Pete Sanchez, Jr.; and brother-in-law, Juan Benavidez.
Frank was a loving husband, brother, father, and grandfather. He loved spending time with all his grandchildren who he adored and loved very much. Frank shared the love he had with his family as he was raised and taught by his grandmother, Maria Polanco. He owned and operated “ABC Roofing Company” for over 45 years, Frank began working on roof tops at the young age of 16, he was known as the best roofer in the area. Frank was the life of the party and enjoyed BBQing, hanging with his friends from the bar, and watching the Dallas Cowboys when they played on television. One of Frank’s all-time idols was Elvis Presley.
Thoughts and memories may be shared online at www.gracefuneralhome.net.
Arrangements and services under the personal care of Grace Funeral Homes & Cemeteries.
Per the family’s request, “face masks are asked to be worn at all services.” Thank you for keeping our family and friends safe.