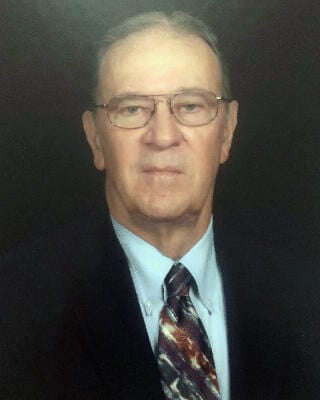 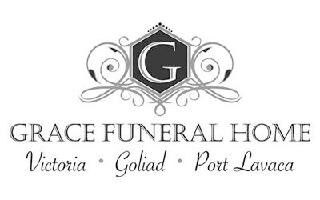 Harold Francis Gleinser
GOLIAD — Harold Francis Gleinser was born to Sebald and Mathilda Reitz Gleinser, on July 29, 1939, at 342 Temple Street. This multi-racial, multi-ethnic neighborhood in Goliad, Texas, shaped his soul and character his entire life. He died on August 19, 2021, at the family home in Goliad, Texas. He was preceded in death by his parents, brothers and sister and their spouses: James (Rita), Clarence (Laura), Leo (Evelyn), sister, Pauline (Woodrow Bego); niece, Catherine Anne Gleinser (Leo); nephew, Patrick Allen Bego (Pauline); niece, Judy Gleinser Swartz (James); his paternal grandparents, Charles and Marie Kling Gleinser, and maternal grandparents, Joseph and Emma Foerster Reitz.
He is survived by his loving wife of 56 years, Rhonda Bowman Gleinser, and his three children: John Harold Gleinser (Melinda) of Junction; Debra Gleinser Bauer (Clement) of Refugio; Gregory Paul Gleinser (Mary Mitchell) of Rockwall; grandchildren: Thomas Colter (John); John Michael and Katelynn Grace (Greg); Tank, the family dog; multiple cousins, nieces, nephews and friends.
The 1950‘s were a different time and place. Harold had free run of the town on his second-hand bicycle. At the age of 11, he went to work at the local theatre for Mr. Frels. He went from ticket-taker to concession stand operator, to selling tickets, to projectionist -- which required attention every minute. Other jobs were at local service stations. At the same time, he was in Boy Scouts working on merit badges, and earned Eagle Scout rank at the age of 15. He graduated from Goliad High School in 1957 and served four years in the U.S. Navy, including two tours aboard the USS Yorktown. Upon his return from the Navy, he attended Victoria College, and in 1962 began his 35-year career with the DuPont Company.
In September 1999, Harold was appointed County Judge and served two additional terms; retiring in December of 2010. During that time, Goliad County enjoyed a budget surplus and was able to complete the courthouse renovation with the Texas Historical Commission; and the Hike and Bike Trail in conjunction with Texas Parks and Wildlife. He initiated the formation of the Underground Water Conservation District and the formation of the Water Supply Corporation. That Board, along with the San Antonio River Authority, brought a centralized water system to Berclair, Fannin, and LaBahia. He cast the deciding vote to allow the county to freeze taxes for senior citizens.
Harold loved all things Goliad. He was a passionate advocate for Goliad schools and served nine years on the GISD School Board. He was a Charter member of the Tiger Booster Club and the Goliad Education Foundation. In 1999, he led the organization of the one and only All Class Reunion and the 250 Year Celebration of the Founding of Goliad. He was an avid supporter of Goliad sports and could always be heard cheering, “GO BLUE!” While he was physically able, he attended every high school sporting event near and far and encouraged kids every chance he could.
Harold excelled as community volunteer. He was a 40-year member of the American Legion Post #193 and a 27-year member of the Goliad Fire Department, serving five years as chief. He actively sold tickets and promoted and supported every church fundraiser in the county. He coached Little League/Babe Ruth baseball for 16 years, also serving as a manager and umpire.
Harold loved his faith and was a devoted member of the Immaculate Conception Catholic Church in Goliad. He attended Immaculate Conception Catholic School through the eighth grade. He was a Fourth Degree Knight and a member of the Knights of Columbus, Council #7512. Harold was always available to assist at the church and had a knack for reviving the ice machine that was forever in need of repair.
On Friday, August 27, from 4 – 7 p.m., visitation will be at Grace Funeral Home, 214 N. Market St., in Goliad. Rosary with The Mass of Christian Burial will be held on Saturday, August 28, beginning at 1 p.m., at Immaculate Conception Catholic Church, 238 N. Commercial St., Goliad, Texas. In consideration of others, please wear a mask during this time of the Covid pandemic.
Honoring Harold as pallbearers are: Paul Kovar, long-time friend; Keith Bowman, nephew; grandsons Thomas and John Michael Gleinser; sons John and Greg Gleinser; Clement Bauer, son-in-law; and Kolby Janssen, cousin. Honorary pallbearers are: Joe and Carolyn Reitz, cousins; Bobby DeLaGarza, long-time friend; Jimmy Schulze, little Scouting brother; the best carpool buddy, Joe DeLuna; and the morning coffee/tea brain trust (you know who you are). A special thanks to Lupe Edison, who was there when we needed her most, and steadfast friends, Sally and Lupe Salazar.
Remembrances in Harold’s name may be given to the Goliad County Library, or donor’s choice.
Harold never met a stranger. He always found a common connection to enhance the discussion, and he never forgot their names. He is loved by his family and friends and respected by all.
21His master replied, ‘Well done, good and faithful servant! You have been faithful with a few things; I will put you in charge of many things. Enter into the joy of your master!’ (Luke 19: 11-27)

Harold was a wonderful man and good friend. He always put Goliad first. He served proudly in the Navy and was proud to have done so. I thank him for that. He will be missed. My condolences to Rhonda and all of the family.