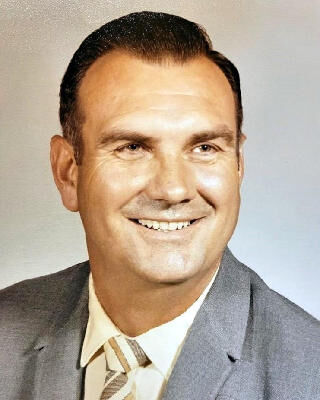 James W. Knox
VICTORIA FORMERLY OF REFUGIO — James W. Knox, affectionately known as “Coach” or “Big Jim”, of Victoria, formerly of Refugio, passed away on Tuesday, September 28, 2021 at the age of 90. He was born August 23, 1931 in Sinton, Texas to Buster B. and Pallie Mae Pack Knox. Mr. Knox was a long time coach and teacher at Refugio High School, retiring after many years. As a coach and teacher he was tough but fair to everyone. He loved the orange and black and was a forever Bobcat.
James graduated from Sinton High School in 1948. He attended Texas Christian University on a basketball scholarship and played on two Southwest Conference championship teams. He graduated in 1952 with a B.S. in Physical Education and later earned a Master Degree in Education. Following graduation he joined the Navy and continued to play basketball for the Navy team. He joined the Refugio coaching staff immediately upon his discharge. During his tenure as basketball coach, his Refugio team won or tied for the district championship six times. In 1971, his Bobcats were the regional playoff representative after winning bi-district. Also in 1972, he was named athletic director and head football coach of the Refugio Bobcats, a position he held until his retirement.
He met the love of his life, Joyce Langston Knox while at TCU. They were married on March 10, 1951 and celebrated 70 years of marriage this past March. He is survived by his wife, Joyce Langston Knox; brother, Bobby D. (Kathy) Knox, sons, Gary (Vickie) Knox, Randy (Carolyn) Knox, all of Victoria; six grandchildren, Cody (Krystle) Knox, Chesley (Dallas) Miller, Brandon (Britny) Knox, Courtney Knox, Sam (Christine) McCutcheon, Morgan McCutcheon and five great grandchildren Baylen Knox, Beau Knox, Brynn Knox, Taylor McCutcheon and Ford Miller.
In addition to his parents, he was preceded in death by a sister, Patsy (Venus) Brooks. The family welcomes everyone to a graveside service to be held 3 PM, Saturday, October 9, 2021 at Memory Gardens Cemetery 8819 US-87, Victoria with Rev. Ronald Green officiating. Mr. Knox will receive full military honors under the auspices of the Victoria Veterans Council at the conclusion of the service. Pallbearers will be Mark Richardson, Dallas Miller, J. T. Chandler, Brandon Knox, Sam McCutcheon and Cody Knox.
Memorials to James Knox may be made to the Refugio ISD Education Foundation, P.O Box 390, Refugio, Texas 78377.
Words of comfort may be shared with the family at www.rosewoodfuneralchapel.com.

My condolences. Coach Knox coached me in basketball in Refugio, Texas. I attended 1956 -1960,