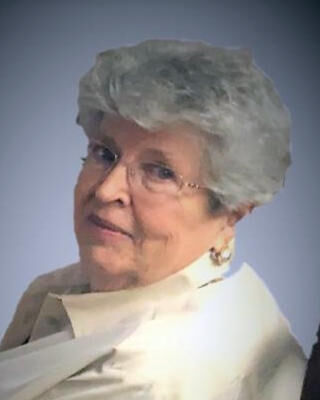 Janet Claire Stormont Miller
VICTORIA — Janet Claire Stormont Miller of Victoria, Texas, passed away Tuesday, November 16, 2021, at the age of 80. Born in Austin, Texas, on February 15, 1941, Janet spent her childhood primarily in the Victoria area where she was valedictorian of her class at Patti Welder High School. Janet held a bachelor’s in history from the University of Texas and a master’s degree in economics from the University of Connecticut.
Janet spent many years in the Pensacola, FL area. She taught economics at the University of West Florida and was instrumental in founding the Small Business Development Center. Janet eventually left education and became the CEO of a credit union in Pensacola. In the 1990s she returned to Victoria to become the CEO of a local financial institution and to manage her family’s interests in ranching and agriculture. Later, she founded JSM Natural Resources as a part of her growing interest in the oil field industry.
Outside of the business world, Janet devoted a great deal of her energy and resources to the Victoria Bach Society for many years, serving for a time as its president and helping to bring nationally acclaimed musicians to Victoria to join with local musicians in the annual Victoria Bach Festival. She also funded scholarships for regional college students and established the John W. Stormont Lecture Series at Victoria College, named for her father. A life-long church member, Janet was a member of the Baptist Temple Church in the last few years. In these areas or her life and in so many others, Janet will be remembered as a gracious and generous and supportive friend, one who will be sorely missed.
Janet was preceded in death by her parents, John and Mary Claire Stormont; her brothers, Charles and John Fenner Stormont; her nephew, William Stormont; and her son, Martin Miller.
Janet is survived by her nephew, Charles Alan Stormont and family; her niece, Leana Stormont; her friend and cousin Charlie Fenner; and her close friends Ronald Miller and Patti Peacher. She also survived by numerous other relatives in the Fenner and Stormont/O’Hagan families.
A graveside service will be held at 11:30 am on Monday, November 22nd, at Memorial Park Cemetery in Victoria. In lieu of flowers, please consider making a donation in Janet’s memory to the Victoria Bach Festival (PO Box 1086, Victoria, TX 77902) or the John W. Stormont Lectures Endowment of the Victoria College Foundation (2200 E Red River St, Victoria, TX 77901).

May God offer you comfort at this time.