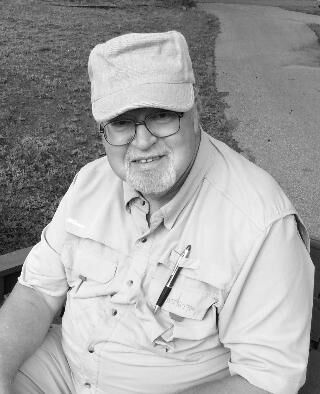 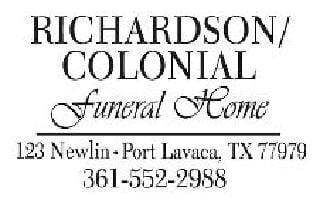 John David Tofte
SEADRIFT — John David Tofte, 74, of Seadrift , Texas passed away unexpectedly from a heart attack on October 31, 2020 at Memorial Hermann Hospital of Houston.
John was born in Grand Forks, North Dakota on May 26, 1946 to Clara and Ingvald Tofte. He was raised with his two brothers in Grand Forks and graduated from Central High School. After graduating he attended Wahpeton State School of Science and received a degree in Architectural Drafting. While working for the planning Department for the City of Fargo he obtained his Urban Planning degree from North Dakota State University. John then accepted a position at Moore Engineering in West Fargo as a building inspector. Later he worked for the Cities of Park Rapids and Princeton, MN and Green River, WY as a city planner and economic development director.
John joined the Army National Guard in 1970 and served 6 years.
He married Mary Gross on March 27, 1976 in Lake Park, MN. They had two children and spent most of their years in Fargo, ND. After retiring, John and Mary built a home in Seadrift and spent their winters in Texas and summers in Hensel, ND.
John enjoyed building structures. He was always building something, a garage, garden shed, or finishing the basement rooms of one of the homes where they lived. He especially liked anything associated with water and would spend hours sailing at the lake. After retirement he planned and enjoyed tending the vegetable garden at their home near Hensel, ND. He would go for a walk and meet someone (whether he knew them or not) and would engage in long conversations with them. Anyone who knew John knew he loved to talk.
John is survived by a son, David Tofte of Fargo, ND, a daughter, Jessica(Jeff) Gfeller of Duluth, MN, two granddaughters, Kaitlin and Megan Gfeller of Duluth, a brother Lloyd (Esther) Tofte of Fargo, ND, and a sister-in-law Pat Tofte of Fargo, ND.
He was preceded in death by his parents and a brother, Otto Tofte of Sykeston, ND.
A viewing will be held Saturday, November 7, 2020 from 2:30-3:30 at First Lutheran Church in Tivoli. Funeral Services will begin at 3:30 at the church with Pastor Jim Gicklhorn officiating and military honors under the auspices of the Calhoun County Joint Honor Guard.
Words of comfort may be shared with the family at www.richardsoncolonial.com.