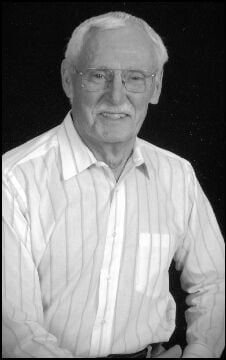 JOHN LUTHER MCNEILL VICTORIA - John Luther McNeill died peacefully in his sleep early in the morning of June 2, 2020 after an extended illness. He is preceded in death by his father, Martin Luther McNeill and mother Merle Greer McNeill. He has joined his wife and lifelong love, Frances Marie, who also preceded him in death. Big John, as we all called him, lived a long and productive life here in Victoria and will be remembered for his ingenuity and ability to engineer, design and build almost anything. He held several patents and was always interested in finding a better way to solve a problem. He was known for his incredible work ethic and was never afraid of hard work or seemingly insurmountable challenges. In his early days, John worked in the oilfield on a drilling rig until he became employed as a chemist at Central Power and Light for the next 16 years. He then founded and built Crystal Ice Company which produced and distributed packaged ice all over south Texas, supporting our family for over 30 years with a business that he started in our family back yard. He also rebuilt and opened a hydroelectric power plant in Cuero and was able to produce electricity from generators powered by the flow of the Guadalupe River. Over the years he gave back to the community with his membership in several service-related organizations and was always available for those who needed help. As a Scoutmaster for Boy Scout Troop 364 for many years, he influenced and helped many young people reach new goals while learning valuable life lessons. John and his lifelong love Frances Marie married young and raised their family together as wonderful parents until Frances Marie's death after 55 years together. Their children and the other young people who became part of our family are testaments to the loving and supportive home that John and Frances Marie created. John is survived by his sons, Dr. John McNeill and wife Wendy and Mark McNeill and wife Michelle, all from Victoria. He is also survived by his sister Mary Ellen Morgan and husband Larry Morgan along with his niece Elizabeth Ann Eckols and nephew Tommy Morgan, all from Houston, Texas. In addition, he is survived by others who held a special place in his heart including Melanie Torrence and husband Randy of Lubbock, Texas and Tommy Warner and wife Mary, and Bubba Warner, both of Victoria. His extended family has also been blessed with multiple grandchildren and great grandchildren as well. Due to the current situation with COVID 19 and in consideration of safety, the family has decided to hold a small private burial where John will be placed alongside his wife at the family ranch where he was happiest and spent most of his days. The family asks for your understanding and intends to host a celebration of his life at a later date when conditions permit. In lieu of flowers, the family has asked that donations be made to The Vine School or Crown Hospice here in Victoria. Words of comfort may be shared with the family at www.rosewoodfuneralchapel.com