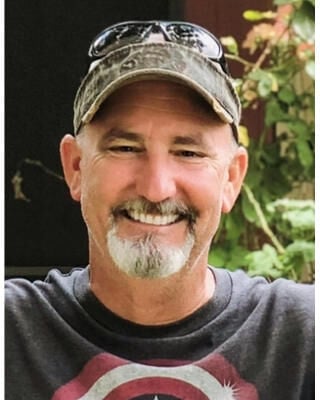 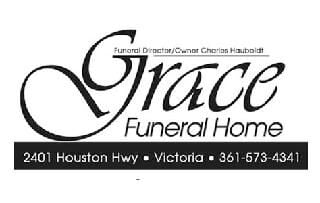 Kenneth Ward Cox
FANNIN — Kenneth Ward Cox, 54 of Fannin, went to be with Jesus, The Master Carpenter, Monday, October 4th, 2021. A native of Victoria, Kenneth was born July 31, 1967 to the late Forrest Wayne and Reva Agnes Alexander Cox.
A Celebration of Life/Roast gathering will be held, Saturday, October 16th beginning at 5:30 PM at Ken and Monett’s Dream Home, he had built for her, in Fannin, 298 Battle Drive. He made it very clear he wanted his friends and family to get up and talk about him, tell funny stories and laugh!
Kenneth married his wife, Monett Marie Mooney, September 16, 1989. Somehow, they figured it out (with the help of a loving God) and together they raised their family of two children, Kolten Cox and Tehya Cox. He worked his whole life. His dad had him running heavy equipment and helping him build swimming pools at the age of 12. He learned so much from his father and what he didn’t know how to do, he’d figure it out or he’d YouTube it and get it done. Ken is probably best known for being the Victoria/Port Lavaca Supervisor of Ingram Ready Mix for 15 years. He was also known as Truck Daddy when he worked for Rexco and OFM. He knew how to do his job and did it well. He was a tough boss at times, but he loved his guys and they loved him. He took pride in quality work and did his best to provide it. If you knew him, you knew this about him.
When he wasn’t working, he was a craftsman/carpenter at heart, and he loved to build/create things and customize each of his projects with his own special touch. His prize accomplishment was when he customized the barn dominium and his dream wood workshop on their five acres in Fannin. His face would light up when he talked about it or gave visitors the tour. Many an evening, he sat on the back porch, overlooking all their hard work and told Monett he was finally happy and where he belonged. His dream had come true! He had always wanted to live in a “one blinking red light town”.
Ken was an avid Green Bay Packers fan and did not mind taking the heat or talking smack to his Cowboy loving friends. He was always the life of the party and there was rarely ever a dull moment when he was around, or a photo he wasn’t photo bombing. His smile was contagious and his laugh infectious. He loved spending time with family and friends, especially his best friend, Dave Macha. Those two could cook up some of the best BBQ you ever tasted and then go off and create new dishes. They were best known for their “Chicken Fried Ribs” and Ken’s chicken noodle soup and chicken and dumplings (his momma’s recipe). Spending time outdoors, building something, fishing, going camping always brought Ken great joy. Then, after a long day of being productive, he’d relax and sit outside with Monett and they’d watch the sunsets or the stars with their four Jack Russell’s, Cricket, June Bug, Doodlebug and Bernie, along with Dixie the weenie dog, wandering around as they quickly adjusted to being country dogs. He was living his dream, with the love of his life beside him. So, if you believe and work hard, and your wife finally agrees to move to the country, your dreams do come true...
Ken is survived by his loving wife of over 32 years, Monett Cox; his children, Kolten and Tehya Cox; his pride and joy 3-month-old grandson, Ja’Kobe Wilson; his siblings, Sheila Seipert and her husband, Mike, Diane Dunlop and her husband, Bill, Terry Ferguson, and Cathy Hill; his best friends, Dave Macha and his wife, Jody, and Mario and Serina Perez, along with numerous other loving family members and friends.
In lieu of flowers, please make a donation to a local pet rescue in his name. South Texas Tails https://www.facebook.com/southtexastails/ , Pitty Paws Bully Rescue and Transport http://pittypawsbullyrescue.org/ , Rebel Rescue https://www.facebook.com/rebelrescuetx/ or any animal rescue you choose.
Thoughts and memories may be shared online at www.gracefuneralhome.net.

Almost a week later, and I'm still at a loss for words. So many memories, but the words won't come. Monett, Kolten, Tehya, I'm truly sorry for your loss. I continue to pray for peace and guidance for you all. Love you all.