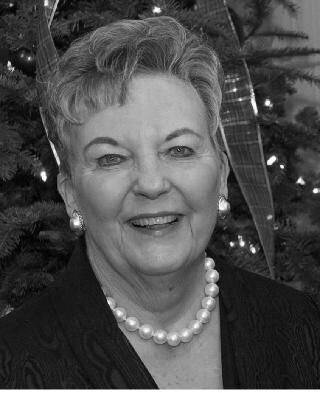 Mary Jane Morgan
VICTORIA — With sadness we announce the passing of Mary Jane, a devoted and loving wife, mother, grandmother friend, teacher, and philanthropist, on October 9, 2020 after a courageous and hard-fought battle with cancer.
Mary Jane was born in Tulsa, OK on June 12th of 1945 to Cecil and Walene Folks. She was raised in Snyder, OK and went on to obtain her bachelor’s degree in mathematics from Southwestern Oklahoma State University in Weatherford. She proceeded to pursue a master’s degree in mathematics at the University of Missouri where she met and fell in love with her husband of 53 years, Raymond Victor Morgan Jr. (Vic). She often said that she was pursuing a doctorate degree, but got both a Mrs. degree and doctorate degree when she married Vic.
They spent a few years in Dallas where Vic was a professor at Southern Methodist University and Mary Jane completed her master’s degree in mathematics and subsequently taught math at Highland Park Middle School.
Subsequently, Vic and Mary Jane moved to Alpine, Texas in 1975, which would become their home for the next 40 years. It was in Alpine that they had two sons, Jason and Jeremy, and Mary Jane was never more resilient than coping with and through the loss of her oldest son Jason in an automobile accident in 2000.
Mary Jane taught high school mathematics at Alpine High School for over 30 years impacting the lives of numerous students. She was active with various student organizations, including Anchor Club, Student Council, University Interscholastic League math competitions, class sponsor, yearbook, etc. Her past students continued to correspond, visit, and express their profound gratitude for what she meant to them as a teacher, even though they may not have appreciated or understood it at the time.
Beyond teaching, Mary Jane was also the first lady of Sul Ross State University in Alpine beginning in 1990 when Vic was named the president of the university. This too entailed persistent organizing of events, attending events and student activities, as well as interacting with students, faculty, regents, and others. She managed these responsibilities with dignity and grace. Her unrelenting passion for this aspect of her life supporting Vic and Sul Ross was one of her trademarks but at the same time she didn’t have to give up her identity and never did. Her legacy is and will be long-lasting at Sul Ross as the university center is named the Vic and Mary Jane Morgan University Center.
Mary Jane retired from teaching in 2001 and proceeded to become an avid philanthropist and volunteer. Community involvement was always a passion, but she was able to devote more time and energy. She was a member of Pilot Club in Alpine and rose to be Texas District Governor of Pilot International and later Treasurer of Pilot International. She was director of Leadership Big Bend for 10 years, sat on the Alpine Independent School District Board of Education for two terms, was involved in American Cancer Society activities having survived breast cancer which included chairing Relay for Life in Alpine, delivered Meals on Wheels, was involved in numerous church activities including Church Treasurer at the Alpine Church of Christ. One of Mary Jane’s most significant community involvement efforts was working to organize and raise funds to obtain the land and build a new public library in Alpine which open in 2012. For all her efforts, she was named Alpine’s Citizen of the Year in 2004, and Alpine’s Ambassador of the Year in 2010.
After Vic failed at retirement, they moved to Victoria in 2014 where Vic became the interim president of the University of Houston Victoria. Mary Jane continued her passion for community involvement and volunteer activities in Victoria. She was involved in the Victoria Symphony League serving as President, the Bach Festival Endowment Board, Theatre Victoria, VISD Foundation, Mid-Coast Family Services, Bronte and Pilot Club of Victoria. She was named the incoming president of the VISD Foundation and Bronte before being diagnosed with cancer. She was also involved with church activities at the Central Church of Christ and activities at the University of Houston Victoria.
Mary Jane was always on the go...but most of all people recognized her work ethic, willingness to take on any task, unwavering reliability and tirelessly advocating for the causes in which she believed.
In August of 2019, Mary Jane became a grandmother when her first and only grandson was born...she loved spending time with him and holding him.
Mary Jane is survived by her husband Vic; their son Jeremy Morgan and his wife Katherine; their grandchild Grayson Morgan; her brother John Folks and his wife Wyvonna; and numerous nieces, nephews, and cousins. Mary Jane was predeceased by her parents, Cecil and Walene Folks; and her son Jason Morgan.
A memorial service will be held virtually through the website of Central Church of Christ in Victoria, TX on Monday, October 19, 2020 at 11:00 AM. For those wishing to attend, please visit https://www.churchofvictoria.com/index.php.
Donations in her memory can be directed to the Vic and Mary Jane Morgan Mathematics Scholarship Endowment at Sul Ross State University (https://www.sulross.edu/giving) , the Bach Foundation Endowment (https://victoriabachfestival.org/endowment-trust/), the VISD Foundation Endowment (http://www.visdfoundation.org/how-can-i-help), or any endowment at the University of Houston Victoria (https://www.uhv.edu/give/).
Words of comfort may be shared with the family at www.rosewoodfuneralchapel.com.