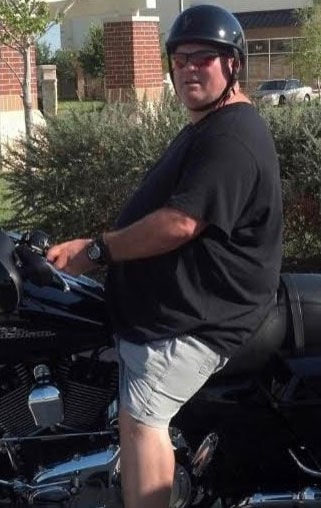 RANDLE WAYNE GALNEAU GOLIAD - Randle Wayne "Randy" Galneau breathed his last during the morning of July 24, 2019. He leaves it to his beautiful wife and life partner Tracy and his children US Army Major Brian Galneau, of Ft. Campbell KY, US Army Veteran Connor Galneau and his wife Heather, the parents of his constant source of joy Kayden, Kiera and Colton from Houston, and his beautiful-but-tough princess Brynna Galneau from Goliad to carry on his wonderful and humorous perspective of life through the endless parade of hilarious stories, pranks and jokes that illustrated his life. Randy served his community as an Army Veteran and a career paramedic in Victoria, Cuero and most important to him, Goliad Tx. His many co-workers across the medical community share stories of his dedication, heroism, generosity and compassion plus plenty of practical jokes and mental sparring sessions. Randy was most at home on his "farm" in Goliad where his tough exterior often gave way to the mewing of an orphaned kitten, playing with his most ornery goat, the goose that allows only him to pet it, numerous dogs, ducks, fish, donkeys, a horse, and even a surprisingly well-respected cat. Nothing gave him greater pleasure than having his wife, children and grandchildren together at "the farm". Randy was a patriotic man who loved his country and valued his family above all else. He is also survived by his mother Jean Edwards of Goliad, his father Tommie Galneau of Colorado City, Tx, and two sisters Lisa Galneau of Germantown, MD and Tracy Bean of Pensacola, FL and his most favorite niece with whom he shared a special "tit-for-tat" bond Meagan Bean of Washington, DC. Services will be held at a later date.