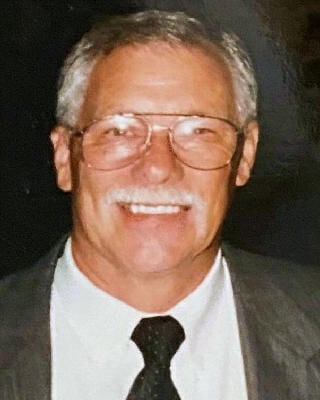 Thomas “Tom” Branson Lovejoy
PALACIOS — Every story has an end. Tom Lovejoy’s story ended here on this earth Monday, February 15, 2021, after a lengthy illness.
Tom was born in Kansas City, Missouri, June 14, 1939 to Barbara and George Edgar Lovejoy. He attended North Kansas City High School and WM Jewell College in Liberty, MO. Tom married his high school sweetheart, Judy Bagley on May 29, 1958.
After graduation from college in 1961, they moved to Port Lavaca, TX, where Tom taught high school math. Tom was a master teacher for over 53 years and a master coach for over 47 years at Calhoun ISD, Louise ISD, St. Joseph High School, Bloomington ISD and Edna ISD. He was certified to teach Math, History, Physical Education and French. He coached many students in baseball, basketball, football, tennis and cross country. Tom’s passion was basketball, coaching boys and the last two years, girls’ basketball. Tom was preceded in death by his parents, George Edgar and Barbara Lovejoy; sons, Chris Lovejoy and James Lovejoy; his grandson-in-law, Jeff Schulz.
Tom is survived by his loving wife of over 62 years, Judy Lovejoy; son Jeff Lovejoy and wife, Liz; grandchildren, Shelly Schulz, Jenifer Lovejoy and husband Garrett Vera, Aron Christopher Lovejoy; great-grandchildren Zoe Schulz, Kiley Lovejoy, Jeramy Lovejoy and Lexi Lovejoy; brother Michael Lovejoy; sister Theo Lovejoy Sims and The Paul Porche family.
No services will be held at Tom’s request. Donations may be made to Academic/Sports Programs to the School of your choice in Tom’s memory, or to New Century Hospice of Victoria.
Although Tom’s story here on earth has ended, his legacy will live on for generations through his students and players.
Tom’s greatest love was his kids!!! All our love to those lives he touched!
We would have never made it through this last Chapter without the awesome care of Calhoun Home Health, New Century Hospice, Bethany Senior Living, Jenny Bell, Patricia Shannon, The Cape Family and Jeff Lovejoy.
God Speed Tom, begin a new Story!!
Thoughts and memories may be shared online at www.gracefuneralhome.net
Arrangements under the personal care of Grace funeral Chapel in Port Lavaca, TX