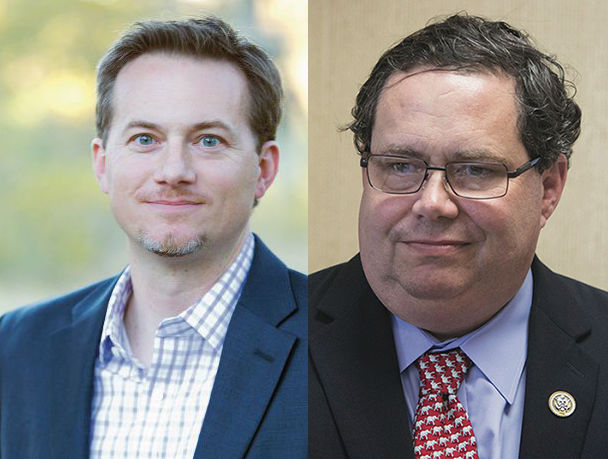 Victoria’s own Michael Cloud crushed a well-qualified opponent in the Republican primary runoff to get the nomination for the Congressional District 27 seat.

Cloud’s fresh face and good-guy sincerity captured voters’ imaginations. He pledged to be different and to fight the “culture of corruption” that permeates the halls of Congress.

“The most common profession among current members of Congress is career politician,” Cloud wrote in a Victoria Advocate guest column. “Most defeated incumbents quickly find well-paid employment at lobbying firms and head straight back to Capitol Hill to cut deals on behalf of special interest groups.”

Cloud wrote this as news was breaking about the district’s previous congressman, Blake Farenthold, being hired illegally by the Calhoun Port Authority to work as a lobbyist for $160,000 a year. Under the current climate of corruption, even a congressman dumped to the curb because of ethics violations can get a high-paying job as a lobbyist.

A fix already has been proposed. Unfortunately, it involves Congress actually doing the right thing. Bipartisan legislation would bar ex-members of Congress from ever working as lobbyists after they leave office. The bill is going nowhere fast.

The Center for Responsive Politics, a nonpartisan group supporting the legislation, reports that more than 51 percent of former members of the 113th Congress (2013-2014) became lobbyists.

Undoubtedly, that percentage is even higher when considering the full career of a congressman after leaving office.

Cloud already has publicly endorsed term limits for Congress, but that’s meaningless if the representatives just move down the hall to work for special interest groups. If Cloud truly wants to drain the swamp, then he should wholeheartedly back legislation to stop getting elected to Congress from being a ticket to lobby for special interest groups.

Along with that, Cloud needs to strongly support Freedom of Information and campaign reform legislation. Back-room deals lead to bad government and public distrust. Only sunshine can create a government of, by and for the people, as Cloud wrote that he wants to restore.

This is a David vs. Goliath fight, and Cloud might not even have a stone in his arsenal. During his runoff campaign, he saw just how powerful the political machine is. A super Political Action Committee, Club for Growth Action, spent about a half million dollars bombarding the district with attack ads against opponent Bech Bruun. Shady super PACs skirt campaign donation limits by not coordinating with the candidates they support.

Cloud is about the most sincere, good-hearted congressional candidate since Jimmy Stewart’s Mr. Smith went to Washington. Negative campaigning is not his style.

He’s a small business owner, a family man and a devout Christian. Yet, the D.C. machine wasted no time in soiling his runoff campaign. He could have won without the ugly assist.

In a Republican-dominated district, Cloud is almost a lock to win the Nov. 6 general election.

Much less certain is whether he can crack the powerful padlock special interest groups have placed on Washington.

More in Port Politics: A fight for open government (15 of 24)

Washington is broken. Our nation was founded to have a government of, by and for the people. But far too often, the politicians we have sent t…