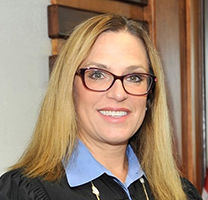 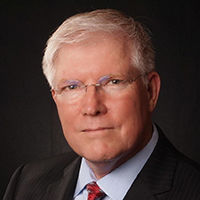 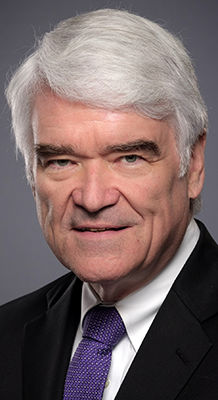 Editor’s note: To help voters learn more about the candidates, the Advocate is printing profiles provided by the League of Women Voters in contested races in the March 3 primary election.

Texas Supreme Court, Chief Justice: 6-year term. Must be age 35-74 years, a U.S. Citizen, a Texas resident, licensed to practice law in Texas, a registered voter, and have at least 10 years experience as a lawyer or judge. Hears final appeals of decisions on civil cases and attorney discipline, issuing writs of mandamus/habeas corpus, and conducting proceedings for removal of judges.

■ Background: What training, experience, and background qualify you for this position?

■ Judicial Selection: Texas is one of a few states that elects judges. What changes in the judicial selection process would you recommend, if any?

■ Standards: What changes, if any, are needed to provide better protection to the public regarding rules and standards for the legal profession?

■ Responsibility: Which responsibility of a Texas Supreme Court justice is your highest priority and how do you intend to accomplish it?

■ Other issues: What other issues do you believe will be most pressing for the Supreme Court?

■ Background: For almost a decade, I have presided over thousands of proceedings and trials in the types of cases for which the Texas Supreme Court has jurisdiction: civil, family and administrative appeals. I am a guest lecturer with the Texas Center for Legal Ethics, a member of the Administrative Law Council, and before taking the bench, practiced at two of the best firms in Texas.

■ Judicial Selection: The state should help voters by sending an information packet to each voter and providing that information at polling locations. The packet should contain background information, qualifications, and a statement of judicial philosophy for each candidate. That information would assist voters to make an informed selection and would reduce campaign costs for candidates.

■ Standards: Texas should increase public membership and participation on the Committee on Disciplinary Rules and Referenda, which reviews and recommends proposed changes in Texas lawyer-ethics rules. Currently, under the Texas Government Code, just two of nine are public members. Also, persons who file grievances against lawyers should be allowed to participate throughout the process.

■ Responsibility: The Code of Judicial Conduct requires a judge to perform duties “impartially and diligently” and to be “faithful to the law.” We need to restore a balanced judiciary on the Texas Supreme Court. I am committed to deciding all cases fairly and impartially, rather than on a result-oriented, partisan basis that favors special interests. Texans – and the law – deserve no less.

■ Other issues: The ethics rules governing Texas lawyers are 30 years out of date. That’s because the rule-making process overseen by the Texas Supreme Court has failed repeatedly. Texas last adopted major rule changes in 1989. By contrast, the American Bar Association has amended the Model Rules of Professional Conduct almost 100 times since then. The Court must do a better job.

■ Judicial Selection: Texans want balance on the courts. Our founding fathers did not trust lawyers, judges or politicians. The only way to keep judges responsive is to make them accountable to the voters. Today, as Democrats start winning elections, Republicans are seeking to change the selection process to keep themselves in office. I believe Texans see this for what it is.

■ Standards: The Texas Disciplinary Rules of Professional Conduct are constantly undergoing changes, including some amendments earlier this year. The intent is to increase protections for the public. As Chief Justice, I will support efforts to protect the public from unscrupulous acts by members of the legal profession.

■ Other issues: I believe gerrymandering and public education may come before the Texas Supreme Court.

No response was received by print deadline.