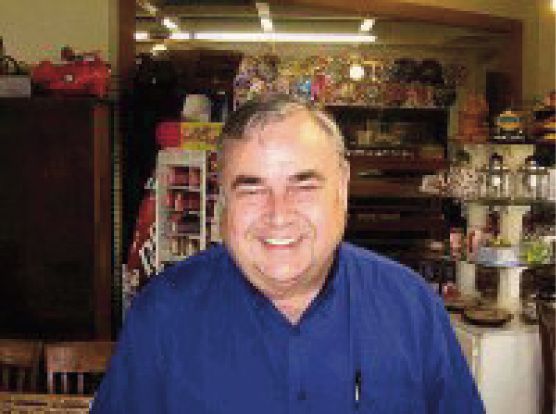 The waterway in Point Comfort is a “gateway to world markets” for the region, as the port’s website proclaims. Through the Matagorda Ship Channel and the Gulf Intracoastal Waterway, about 420 ships and 1,000 barges enter the Calhoun port annually, supporting the petrochemical plants that are the backbone of the Crossroads’ economy.

Against this backdrop, the Victoria Advocate’s special investigation Aug. 19 into the port’s operation is particularly alarming. The port is far too important of a public good to be used for private gain.

All of this raises serious questions of whether the port board is operating in the public’s best interests. These questions came to light after Boyd instructed the port’s executive director to hire Farenthold at a May 9 meeting without any notice to the public. The lack of notice is at the heart of the newspaper’s Texas Open Meetings Act lawsuit against the port.

After the startling revelation that the port had hired Farenthold for an unprecedented position of full-time lobbyist at an annual salary of $160,000, people immediately asked, “Why?” Why would the port hire a disgraced congressman who was openly feuding with Republican Party leadership? Why would anyone think Farenthold could help the port get any congressional action to occur?

After the Advocate exposed the illegal meeting, the public bombarded the port, expressing outrage at Farenthold’s hiring. They wanted to understand why the port would hire a congressman who had reneged on his promise to pay back the taxpayers $84,000 used to settle a former staffer’s sexual harassment case against him. They wanted to know why the port would throw more taxpayer money at a former congressman who already owed the public.

The logical conclusion to be drawn from the newspaper’s investigation is Boyd hired Farenthold out of self-interest for his dredging business, RLB Contracting Inc. What’s clear is Boyd has a tremendous conflict of interest in operating a business that does extensive work in and around the port while serving as chairman of the port board.

The conflict is far beyond what any port or body of elected officials would normally allow. Only a special district like the port board, accustomed to operating outside the public view, would even have the audacity to try to get away with such an arrangement.

In the Advocate’s story, Victoria City Councilman Tom Halepaska expressed well the generally accepted standard for business owners serving in an elected capacity. As the owner of Halepaska’s Bakery in Victoria, he said he wouldn’t even sell pastries to the city to avoid the appearance of a conflict of interest.

“You might be a Democrat, you might be a Republican, but everybody votes their pocketbook,” Halepaska said. “Put yourself in that situation. Something that would affect your income, you’d be hard-put not to be thinking about it.”

Boyd has many millions of reasons to be thinking about his business when making decisions as chairman of the port board. After the public outcry, he came up with a questionable reason for hiring Farenthold. He said the former congressman could somehow get Congress to pass legislation that would save the port from paying its required share of repairs to long-defective jetties.

The port has been trying to get these jetties repaired for almost 20 years. Nonetheless, this is a project vital to the economic well-being of the region. If Congress, which is in recess now, ever moves on this issue, it will be in spite of Farenthold, not because of him.

The public must keep the pressure on the port’s board to operate properly. A recall election is not possible because of the quirks of the state legislation that created the port board. Board members are elected every four years, but they can’t be recalled.

The good news is three board members’ seats, including Boyd’s, are up in May. In years past, the port has canceled elections because no one runs against the members of the little-known and secretive board. That’s unlikely to be the case this time.

POINT COMFORT – The Calhoun Port Authority Board of Directors will appoint someone to join them by Sept. 12.

There’s a fungus among us, and it’s no joke.