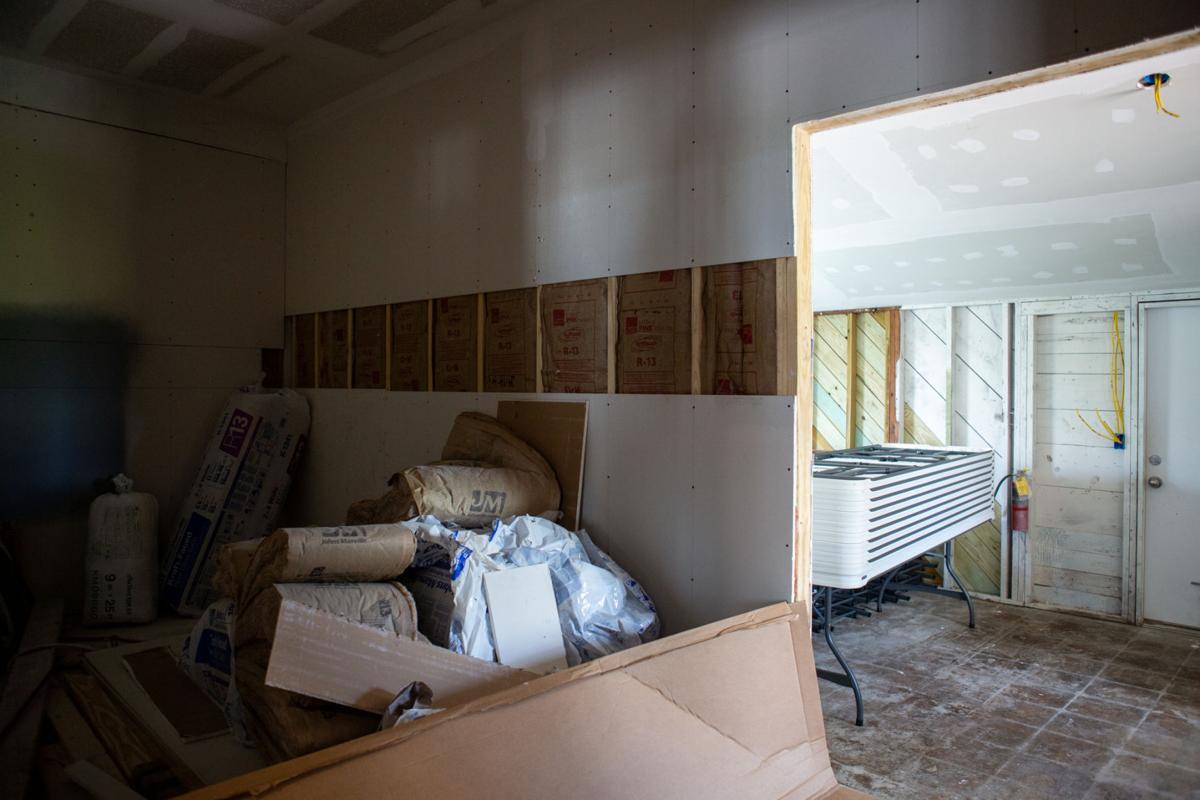 The space in the back of the newly renovated Officers’ Club at the Victoria Regional Airport is meant to be a kitchenette but has not been completed. Some airport commissioners have criticized spending $400,000 to renovate the building, which they say should have been razed so money could be spent on essential operations.

What’s the motivation for official inaction? Too often, it’s to get the public to forget and move on to other matters of the day.

More than six weeks ago, Victoria Regional Airport commissioner Dennis Patillo called for the formation of a forensic task force to review the spending of Hurricane Harvey rebuilding money. Patillo and others want to know whether the county mismanaged the multimillion-dollar recovery project.

An independent task force would try to answer this central question and the many other related ones that have arisen. A task force would be a step toward restoring the public’s trust that has been damaged by this controversy.

County commissioner Kevin Janak reports only that his small group continues to “reinvent the wheel” as it reviews the incomplete Harvey paperwork that he says came to his attention in early March, shortly after the director of administrative services, Joyce Dean, retired.

Janak has offered no timetable for when this review would be completed. When it comes to tracking millions of dollars of work performed by the county, public officials must be firmly in control of the wheel before the first penny is spent.

Since the concerns first surfaced, the Advocate’s reporting has revealed even more troubling questions about the Harvey project:

The questions keep multiplying. At this point, Janak’s internal group will never be able to fully satisfy the public. Only a truly independent review will be able to repair the damage done and point the way toward meaningful reform and transparency.

Because county commissioners are unwilling to move forward, it is time for concerned citizens to call for the Texas Rangers to step in. The state created the Rangers’ Public Corruption Unit and Public Integrity Unit for the purpose of holding government accountable to the people.

A Rangers’ investigation doesn’t mean a crime has been committed. Rather, it means a trained outside and independent investigator will try to get the answers to these important public questions.

A Rangers investigation completed in 2013 revealed internal county management problems that never would have come to light otherwise. County commissioners failed to act on that Rangers report then, but this time the public is watching.

No matter how much the county stonewalls, the public must keep watching and demanding accountability. Public integrity is at stake.

To submit a complaint to the Texas Rangers Public Corruption Unit and Public Integrity Unit, call (512) 424-2160, or send an email detailing the concern to rangers@dps.texas.gov.

Victoria County commissioners on Monday are expected to appoint a forensic task force to examine spending after Hurricane Harvey.

After being criticized for management of Hurricane Harvey recovery spending, some Victoria County commissioners asserted the process was prope…

Victoria County acted under a legal exemption when bypassing bid laws in the wake of Hurricane Harvey, though the move has continued to spark …

When Texas counties choose to bypass legal bidding laws and act by way of an emergency exemption, it can lead to enormous financial and politi…

Victoria County commissioners and Victoria Regional Airport commissioners will have a joint meeting to discuss concerns about how $2.6 million…

For two years, Victoria County Judge Ben Zeller served on the main board for the Texas Association of Counties – the association that carries …

"Yet, September has arrived with no sign of any progress." - It's now late December and still the County Commissioners continue to run in circles around their left foot, occasionally switching to the right foot. The longer these slimeballs do nothing, hoping it'll all just blow over, the more apparent it is that we very likely have an issue of crooked dealings, not just incompetence and stupidity. If this keeps up until January, 2020, a criminal investigation should be undertaken by the Texas Rangers, whether the commissioners like it or not, especially if they don't.

It’s very clear now that an independent investigation is necessary. Janak and his team can never regain the loss of public trust. They can only wait for it to blow over.

They must be planning to run for Congress. They certainly have all the right moves.

This editorial is a touch too gentle for my taste. It's clear that the entire process requires a forensic investigation. Joyce Dean, in particular, needs to be put under oath in the proper public venue.