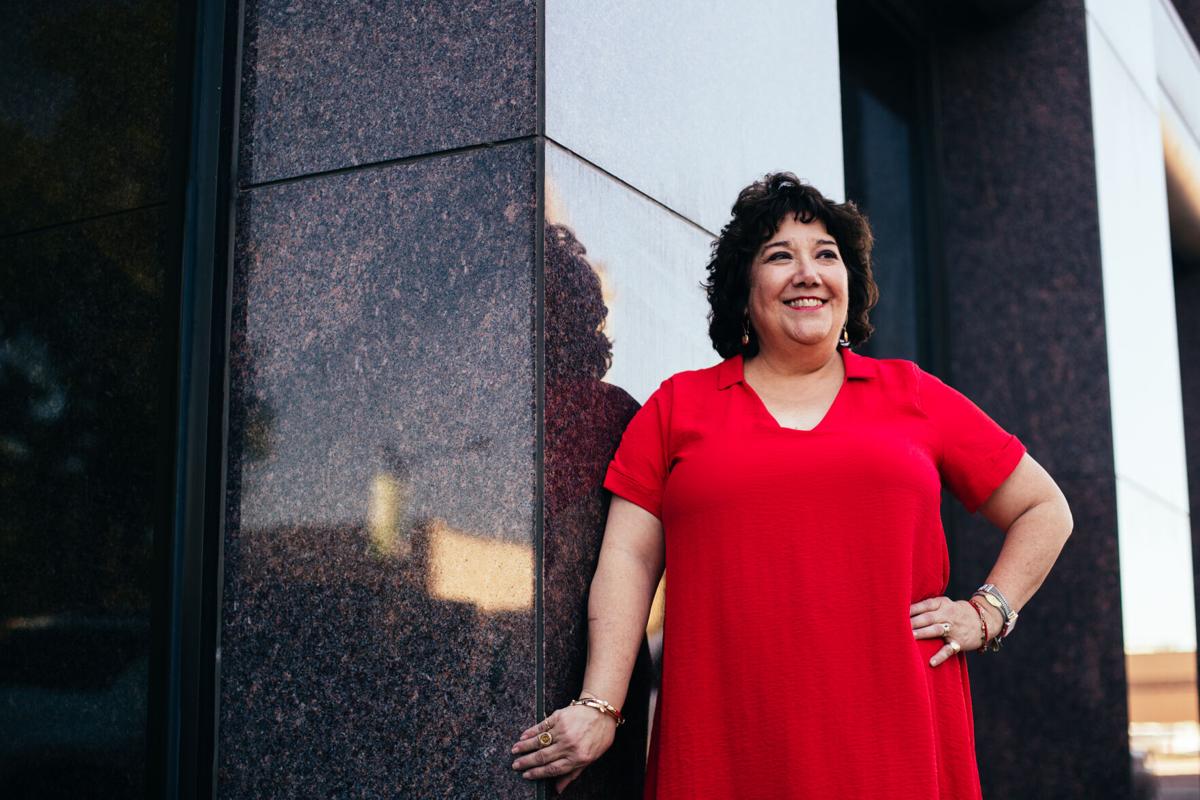 Portrait of Debbie Escalante outside Prosperity Bank in downtown Victoria. 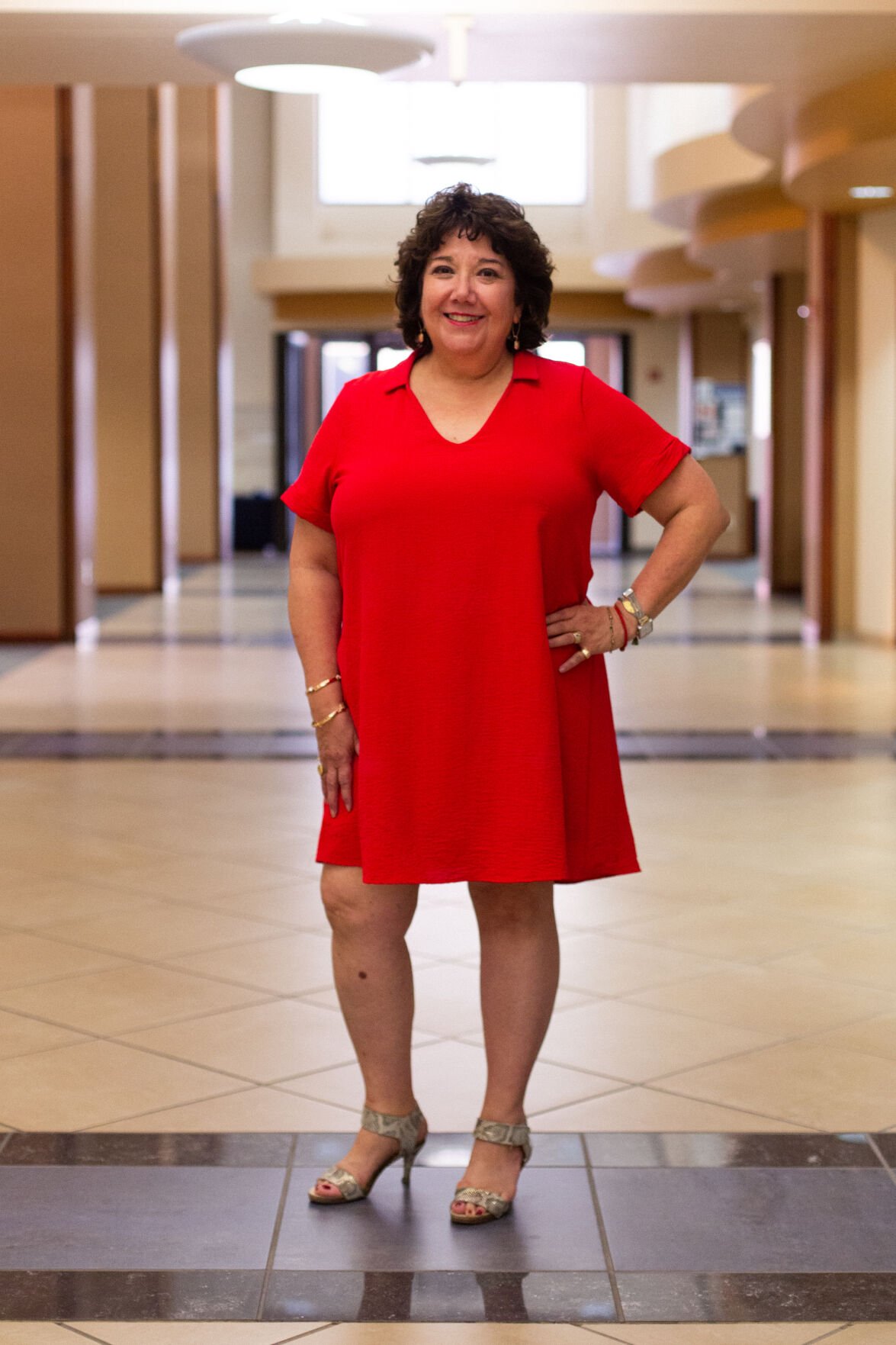 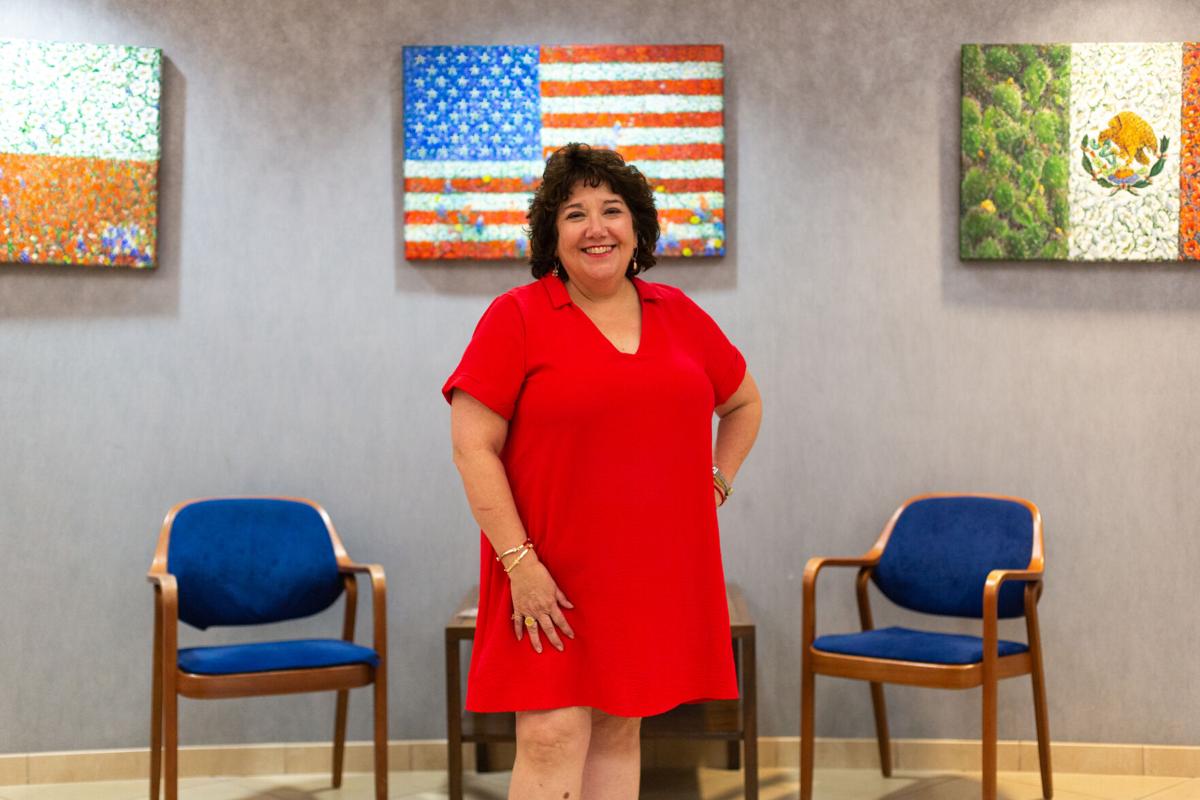 Portrait of Debbie Escalante outside Prosperity Bank in downtown Victoria.

Sitting at her desk behind a window that looks into the lobby of Prosperity Bank in downtown Victoria, Debbie Escalante chuckled with a broad smile as she waved at passing customers. On a recent Friday afternoon, a “Happy Boss’s Day” banner stretched across her office window and colorful balloons peppered her floor.

“She’s very professional and provides outstanding customer service,” said James Wearden, of Victoria, who has been banking with Escalante for about a decade. “She brings enthusiasm to the whole bank lobby downtown. She’s very friendly, inviting and welcoming.”

Escalante, 61, vice president and banking center manager for Prosperity Bank, has spent 39 years — her entire career — working for banks in Victoria, her hometown. She attended Nazareth Academy and graduated from St. Joseph High School in 1978. Her idyllic childhood was spent in the company of her large immediate and extended families and numerous friends.

As the baby of six children, Escalante lived in a modest house with her parents John Manuel and Lorence Villafranca. Her father worked for the post office while her mother stayed home with the children. In 1956, her father started managing Club Westerner, and in 1965, he purchased the historic dance hall.

Escalante worked with her siblings at Pleasure Island, the ever-so-popular swimming destination located next to the dance hall. She has fond memories of swimming with children from various neighborhoods around town, and some of them remain her friends today. To help out, she and the other Villafranca children also cleaned the dance hall. Because they had so much fun, the children did not think of their chores as work — with one exception.

“Cleaning the swimming pool was not that fun, so we had a bunch of friends from across the river. The Vasquez brothers would help us clean the pool, and we would let them in for free,” she chuckled.

The Villafrancas also always had their fair share of animals — cattle, sheep and chickens — which amounted to more good times growing up.

“I had a great childhood. We were not a rich family, but we were rich because we had so much family support and friends,” Escalante said. “It was safe back in the day. Back then, we grew up in a very protected time.”

Escalante earned a scholarship to Victoria College, which she attended for two years before transferring to Texas A&M University, where she earned a degree in business management.

“It was hard when I went off to Texas A&M. I went from a class size of 24 to a business law class with 300 students,” she said. “At St. Joseph and Nazareth Academy, there was so much attention. They allowed you to be successful. They pushed you a lot, but it was small, contained and protected. Even Victoria College was like that.”

Upon graduating from college, Escalante returned to Victoria, which she described as a good family town, where her fiancé was working. She married Ernie Escalante in 1985, and they had one child, Patrick Michael, who is 29. Escalante attended Our Lady of Sorrows Catholic Church all of her life and developed a love for the community.

“I wanted to get married and be around my family and our church,” she said of returning to Victoria. “I had a lot of close friends here, too.”

Escalante’s mother urged her to go into banking, and she secured her first position with Victoria Bank and Trust, which eventually became Norwest Bank and then Wells Fargo. She worked her way through various positions there until moving to First Victoria National Bank, now Prosperity Bank. She currently manages a dozen bank employees.

Buddy Billups, who recently retired after a 49-year career in banking in Victoria, worked with Escalante first at Victoria Bank and Trust and later at First Victoria National Bank.

In his extensive experience as a bank executive, Billups said he considers Escalante’s role as retail bank manager one of the hardest, and her branch on Main Street is one of the largest, if not the largest, of Prosperity Bank’s more than 270 retail offices.

The lobby of the downtown branch of Prosperity Bank managed by Escalante is “as good as it gets,” he added.

“About four tellers speak to you, thank you and tell you to have a good day. All of her staff does that,” Billups said. “She trains her people well and leads by example.”

Billups said Escalante is ethical, professional and genuinely interested in helping people, which trickles down to her staff.

“She knows the market and her customer base so well. She’s been here all her life,” Billups said. “Early on, she learned that without customers, the rest doesn’t matter — that customer service is No. 1. I’m glad she’s getting some recognition because she truly does stand out.”

Susana Pina, 78, of Victoria, used to frequent Club Westerner where she first encountered Escalante as a young girl. These days, as a longtime bank customer of Escalante’s, she complimented the bank executive on her ability to listen and offer advice.

“She helped me get my account in order so I don’t have to be struggling,” Pina said. “Any time I call or go by, she’s there. She comes and hugs me and greets me and asks if she can help me. She’s always laughing and smiling. Her personality is beautiful.”

Escalante enjoys working with her coworkers and customers, and her upbringing has a lot to do with her affinity for people.

“I was taught early on how to deal with people, make them happy and give them great service,” she said. “That’s how I was raised, and I truly believe in that.”

To keep customers happy, Escalante works to provide service beyond what they expect.

“If they feel like they’re at home and everybody knows them, they’re going to keep coming back, even if it’s all the way downtown. They become your friends in lots of ways,” she said. “Money is important to everybody, it doesn’t matter what level — whether it’s $10 or $10 million — and they want to know their money is taken care of and they are secure.”

Outside of the bank, Escalante owns and operates Club Westerner with her “wonderful” husband and two of her siblings, Tali and James Villafranca. She enjoys reading motivational and spiritual books, listening to all types of music, baking cakes, drinking margaritas and visiting her second home in Port O’Connor with her family.

“You can see God’s beauty in Port O’Connor. It’s a little piece of heaven for my family. Life is so fast, and as you get older, you realize that family is the only thing that never changes, and you have to make time for family,” she said. “My family will always be there for me, and God will always love me.”

Escalante said the bank has been good to her by allowing her to stay in the department she loves.

“Since 2010, I’ve been the manager at this location, which is great because they know me now,” she said. “If I don’t know a customer, I find out who they are. I like to know our customers.”

2011 - Manager of New Accounts and Tellers for First Victoria National Bank on Main Street, the role she still holds, which is now called vice president and banking center manager for Prosperity Bank.

Great article! I worked at Central Computers supporting IT systems for Debbie at VB&T and Norwest. VB&T had great talent for customer service and Debbie fit in perfectly. My first swimming class was at Pleasure Island where that kind of training was hard to find in Victoria. Just remember the height of the diving platform and looking down.

Debbie and Ernie Escalante are two of the finest, hard-working, personable people I have ever met. Congratulations Debbie!

She has definitely trained and lead her team by excellent example.

Debbie should be teaching customer service skills classes all around Victoria. It is desperately needed.