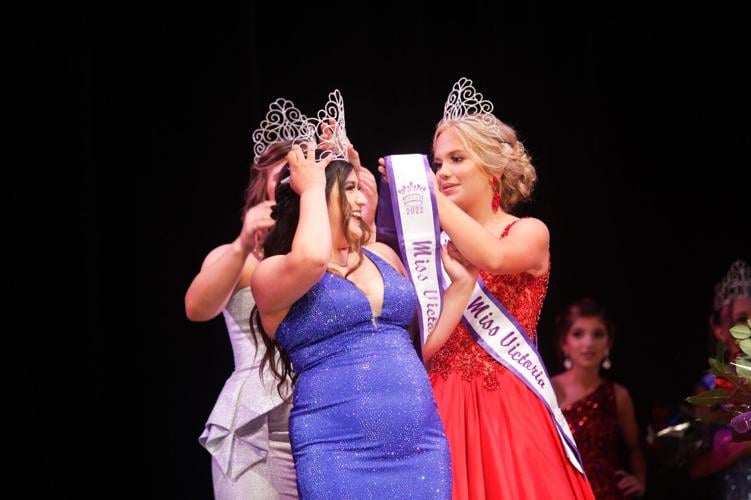 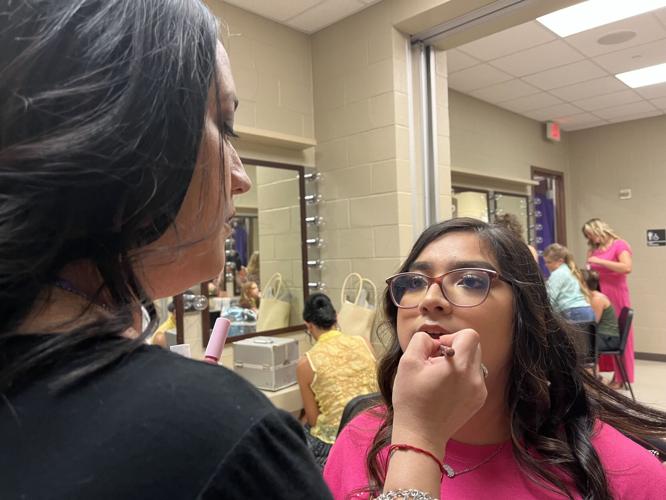 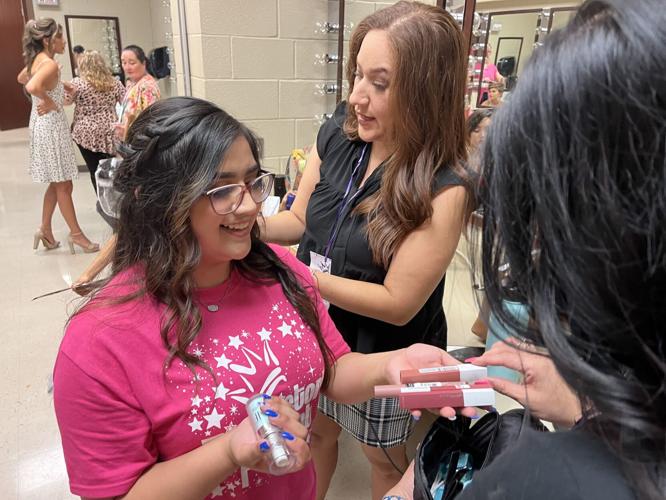 Kaylee Rodriguez looks over her make-up and hair spray as her aunt Kasey Rios and her mother Kristin Cantu help her get ready for the Miss Victoria Pageant Saturday. 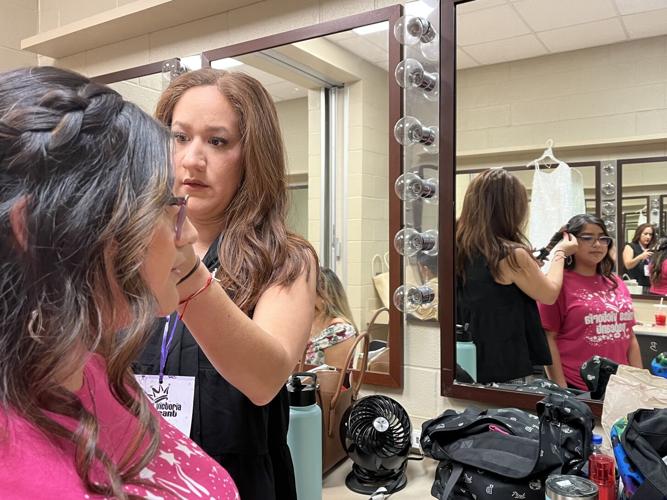 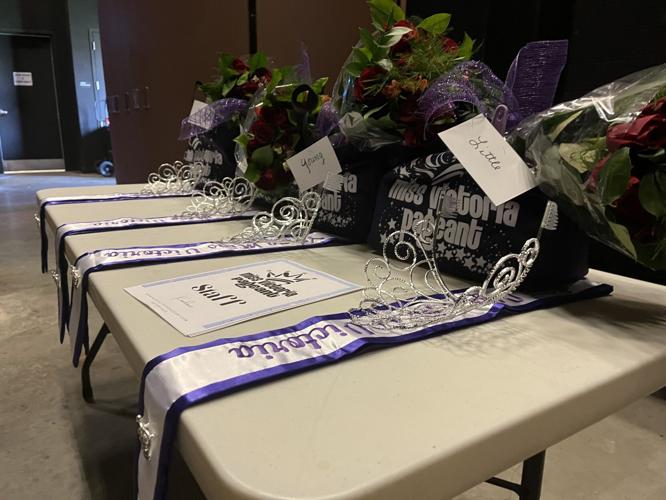 Sashes and tiaras sit backstage waiting to be awarded to the winners of the 2022 Miss Victoria Pageant Saturday at the VISD Fine Arts Building. 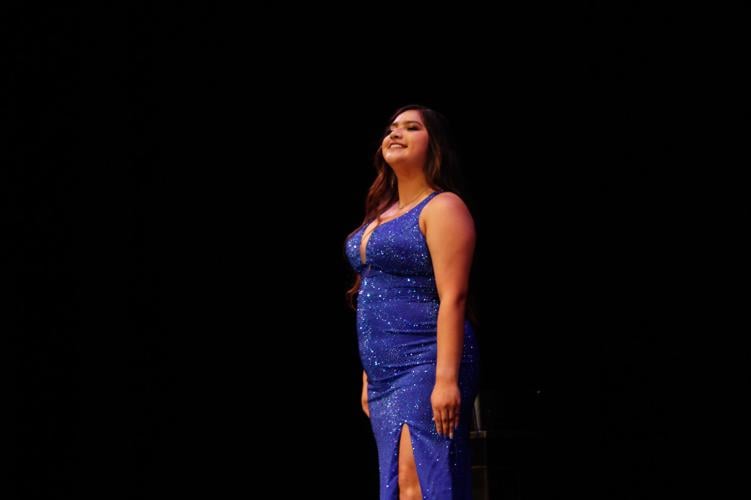 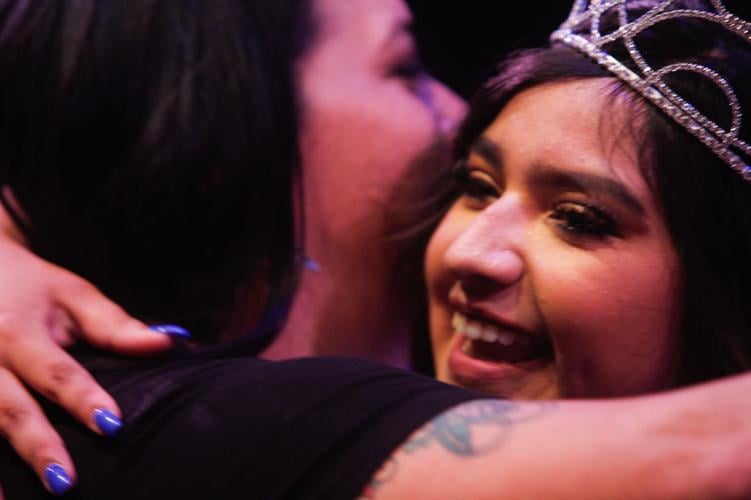 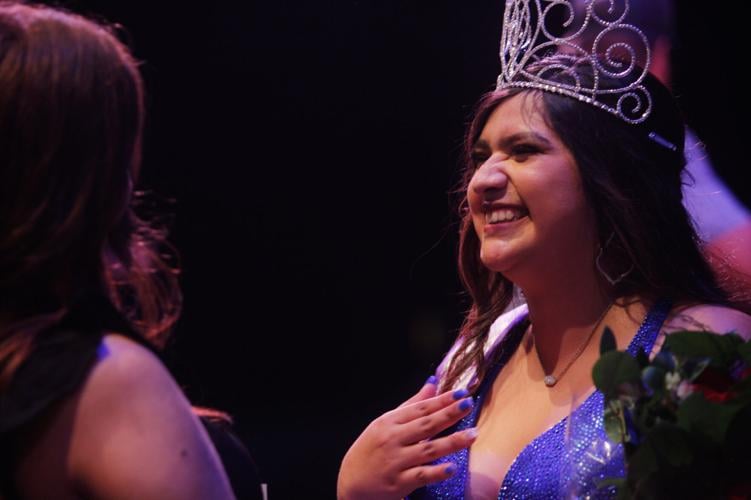 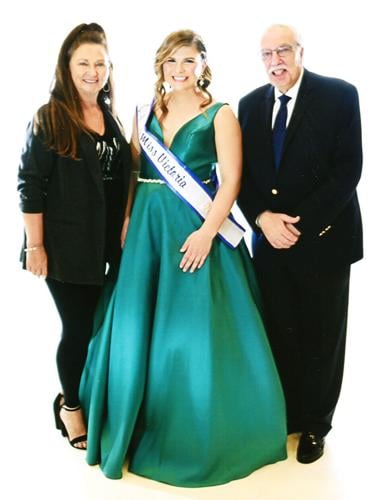 Sashes and tiaras sit backstage waiting to be awarded to the winners of the 2022 Miss Victoria Pageant Saturday at the VISD Fine Arts Building.

The 2022 Miss Victoria Pageant returned Saturday evening at the VISD Fine Arts building, and returning contestant Kaylee Rodriguez will always treasure her experience as she walked the stage for the final time and left as Miss Victoria.

Rodriguez, 20, wanted to be involved in beauty pageants since she was young. She’d watch pageants, with women in their elegant gowns, and dream it would one day be her.

Still, she was always hesitant to take the leap into pageants because she was either too busy or not confident enough to be comfortable on stage, she said.

It took a friend in college who was involved in pageants to finally get Rodriguez into the new scene she’d admired since she was young.

In 2021, she participated in her first Miss Victoria Pageant, and, while she didn’t win, the experience took her from someone who lacked confidence in herself to someone who can take on the world.

That year, she had some challenges with nerves giving her speech and answering her final question about her Be Kind community service project, helping the homeless with The Salvation Army.

After learning from her first experience on stage, she said she was confident she’d do better this year. She said since the final question was moved this year to be part of the pre-show interview rather than on stage, she was more comfortable as she detailed her latest Be Kind project — working with the Vine School, which specializes in teaching children on the autism spectrum.

On Saturday, Rodriquez’s interview was conducted in the morning and she felt it went well. She recalled how those interviewing her were laughing and engaged with her.

A challenge all the contestants had was the oppressive heat inside the Fine Art Center. As they went through final rehearsals, they tried to maintain their hair and makeup as the air conditioning struggled to run at full capacity before the show.

Then, an hour before the contest, all participants went in and prepared. Rodriguez’s mother, Kristin Cantu, and her aunt, Kasey Rios, helped their Miss Victoria contestant backstage.

Rodriguez’s mother did what she could to help, but Rios was the one who excels at hair and makeup, so Cantu said she just got out of the way.

“She has opened up so much more since she started,” Cantu said said of her daughter.

Seeing how she has evolved since she participated in the pageant last year has been a joy, she said. “We’re very proud of her.”

Before going on stage, the 22 contestants in four divisions wished each other luck as the sashes and crowns sat backstage with bouquets waiting to honor this year’s court.

Each contestant walked the stage in a formal dress, every one as elegant and as lovely as the contestants wearing them. The crowd cheered as each gave speeches.

As Rodriguez confidently stepped onto the stage in her sparkling royal blue one-leg slit dress, she left the audience with a parting message.

This is the last year Rodriguez will walk the stage, as the University of Houston-Victoria student plans to pursue a career as a lawyer in family law to help children and families, especially those dealing with Child Protective Services.

“Regardless of what happens, I’m glad I did it,” she said before the pagaent. “It prepared me to walk into any room and be myself without any hesitation.”

As the contestants gathered on stage, the winners in each division were announced one by one — from Miss Photogenic, Miss Congeniality, Miss Ambassador and, finally, the winner of the pageant.

As host Gary Moses read the winner of Miss Victoria Rodriguez was stunted, she said. After 18 months of committing to pageants, learning from her first experiences to improve, all while working three jobs and being on the dean’s list at UHV, Rodriguez was crowned 2022 Miss Victoria.

Pink confetti fell from above to greet the new Miss Victoria court as Rodriguez’s mother and aunt rushed backstage full of excitement and pride for the new queen.

“It was just something she put her mind to and she’s just exceeded all expectations,” Rios said. “So proud of her.”

After the pageant, Rodriguez said she felt on the verge of tears of happiness.

Rodriguez is uncertain if she will take her beauty pageant career much further, opting to see how her reign goes. But regardless, she said she’s proud of how she was able to take feedback from last year and turn it into success — before moving onto her law career.

New VISD teachers get a rousing sendoff after training