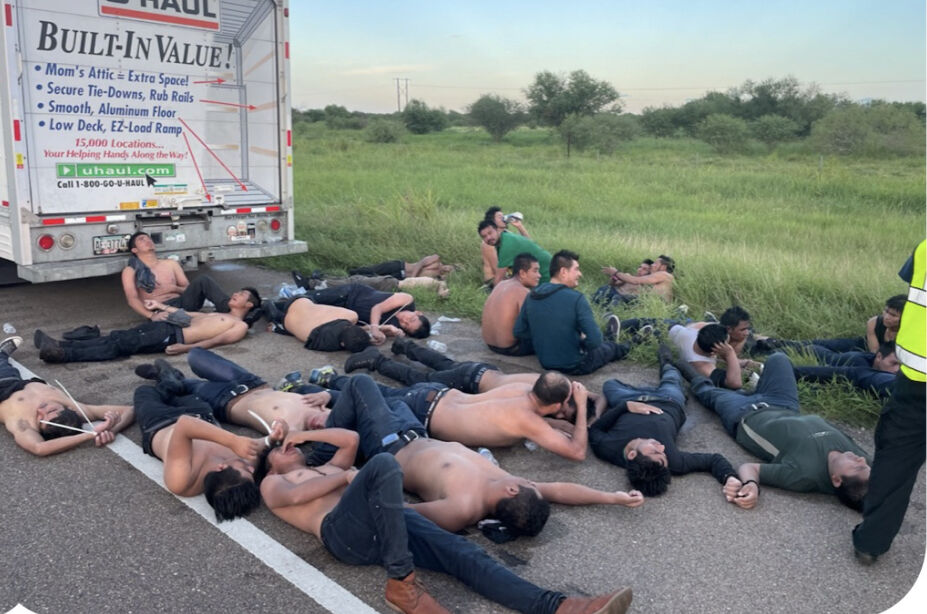 More than 30 immigrants, who the sheriff said were in the country illegally, were detained during a stop in Refugio County on Monday. 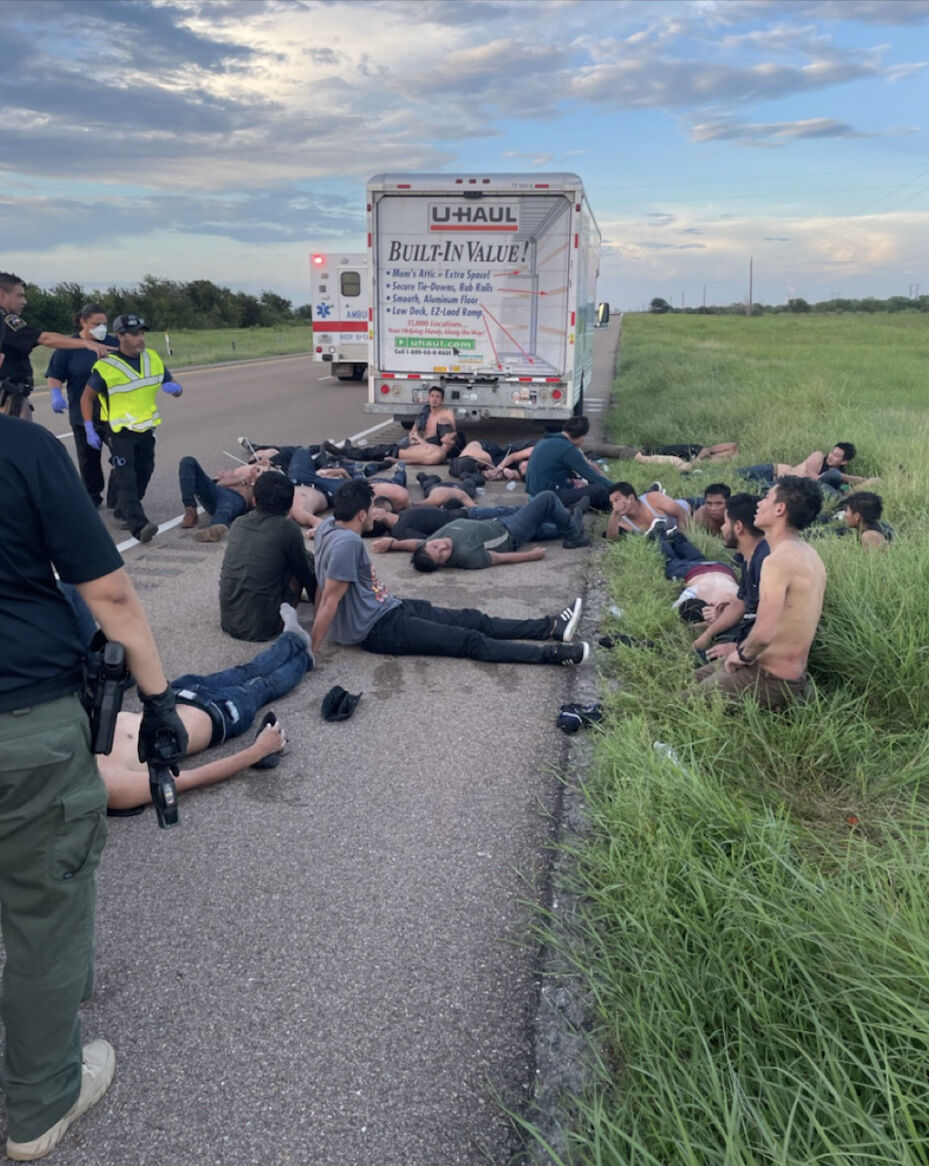 Thirty immigrants rest on the side of U.S. 77 after they were released from the back of a U-Haul truck they were locked in while traveling in Refugio County on Monday. 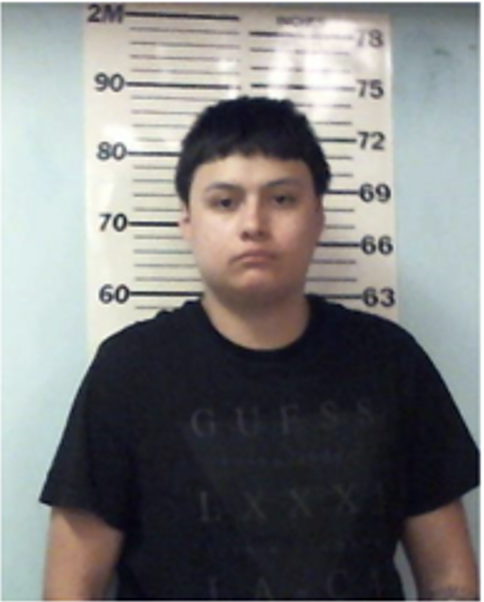 More than 30 immigrants, who the sheriff said were in the country illegally, were detained during a stop in Refugio County on Monday.

Thirty immigrants rest on the side of U.S. 77 after they were released from the back of a U-Haul truck they were locked in while traveling in Refugio County on Monday.

More than 30 immigrants, who authorities said suffered “inhuman” conditions inside the back of a U-Haul truck, were detained during a Monday evening stop in northern Refugio County, Sheriff Raul “Pinky” Gonzales said.

A Refugio deputy was dispatched to conduct the stop after a commuter who was driving alongside the truck called the Refugio County Sheriff’s Office, saying they could hear “loud banging” from the truck’s cargo area, Gonzales said Tuesday.

The deputy stopped the truck, which was traveling north on U.S. 77 a few miles from the highway’s intersection with SH 239.

While speaking with the driver, the deputy heard loud noises from the rear of the truck, Gonzales said.

Deputies then opened the back of the truck and discovered 34 immigrants were held inside.

Gonzales said the conditions in the back of the truck were dangerously hot and cramped. Many of the occupants looked dehydrated and exhausted.

“They leaped out of the back. They just needed out,” Gonzales said. “It smelled of sweat and, possibly, urine. It was completely unsanitary and unsafe.”

One immigrant attempted to flee officers, but collapsed from exhaustion, Gonzales said. The others rested on the ground outside the truck to cool off.

After conducting interviews, authorities determined the immigrants were from Brazil, Honduras, Mexico, Nicaragua and El Salvador. Most of them were in their 20s and two were 15 years old, Gonzales said.

Four of the immigrants were taken to a local hospital to be treated. The others, some of whom said they had not been fed in days, were given water and food by authorities, Gonzales said.

All of the immigrants were transferred from the Refugio County Jail into the custody of U.S. Customs and Border Protection.

Gonzales said one of the truck’s occupants could speak English and told deputies that five others had been dropped off on the highway earlier in the commute. By Tuesday, those five had not been located.

“Those folks we found were in really bad shape. I can’t imagine (those five) were in any better,” Gonzales said.

The driver, who was identified as McAllen resident Julian Sanchez, 20, was arrested on suspicion of smuggling of people less than 18 years of age and smuggling of people while subjecting them to the possibility of serious bodily injury, according to jail officials.

Sanchez was booked into the Refugio County Jail, where he remained on bonds totaling $1,575,000 Tuesday, according to jail records.

Gonzales said the stop reminded him of a 2003 incident in Victoria County where 19 immigrants died of heat exhaustion and dehydration in the back of a tightly packed tractor-trailer left at a gas station. That incident is considered to be the nation’s deadliest human trafficking case.

“This could have been just as deadly if that (commuter) had not called and if my deputy had not stopped them,” he said. “I truly believe this could have gotten that bad. We are thankful it didn’t.”

Last Thursday, Refugio deputies found the body of a dead woman lying in a ditch in the county. Her death, which Gonzales said is likely related to human smuggling, is being investigated as a homicide after a medical examiner identified blunt force trauma to the head as the likely cause of death.

In June, Victoria Advocate reporters traveled to the state’s southern border and wrote about what they saw. The series includes stories about five migrants’ journey north, an overview of immigration challenges, state troopers on the border, a migrant facility in Donna and effects on Crossroads landowners.

The Refugio County Sheriff’s Office is investigating the death of a woman whose body was found by deputies Thursday as a likely smuggling incident.

There is also a difference between an immigrant and a illleagal immagrant.

There's a big difference between responding to and creating bailouts. At least own it please.