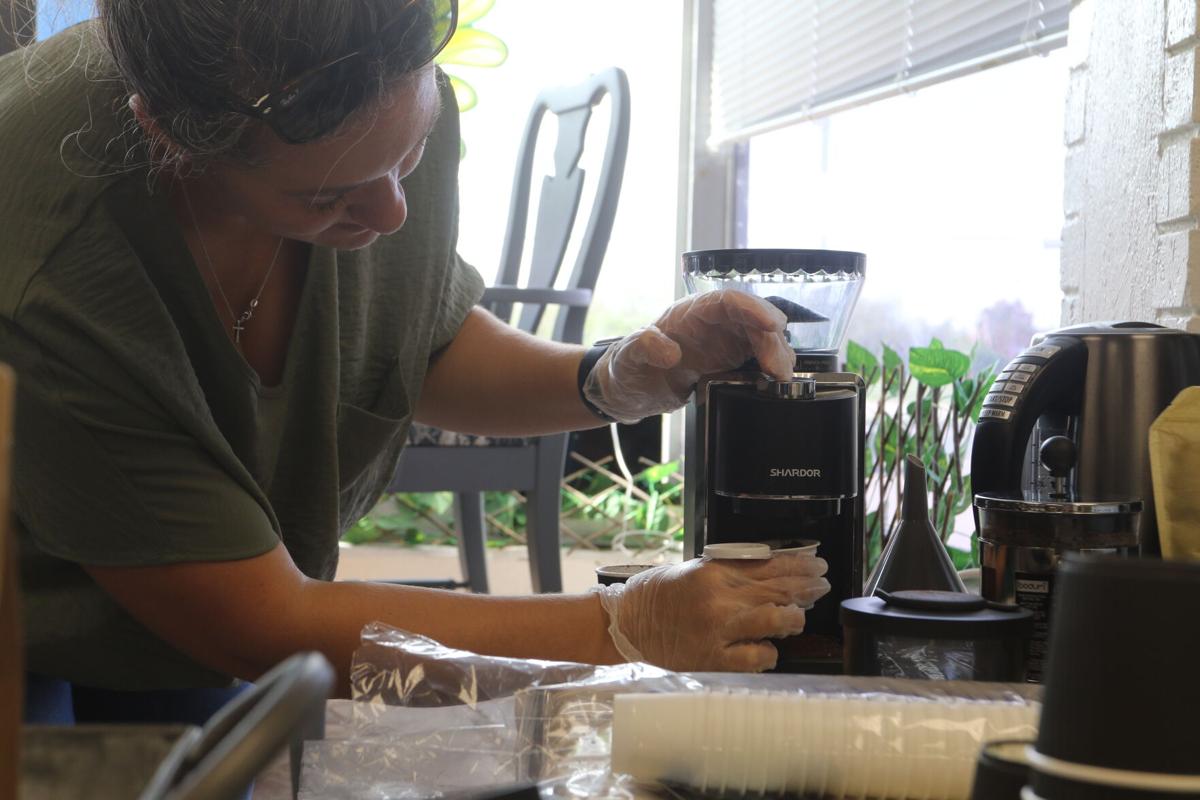 Suezhanna Arredondo fills a reusable K-cup with her home-roasted blend of coffee Sunday. 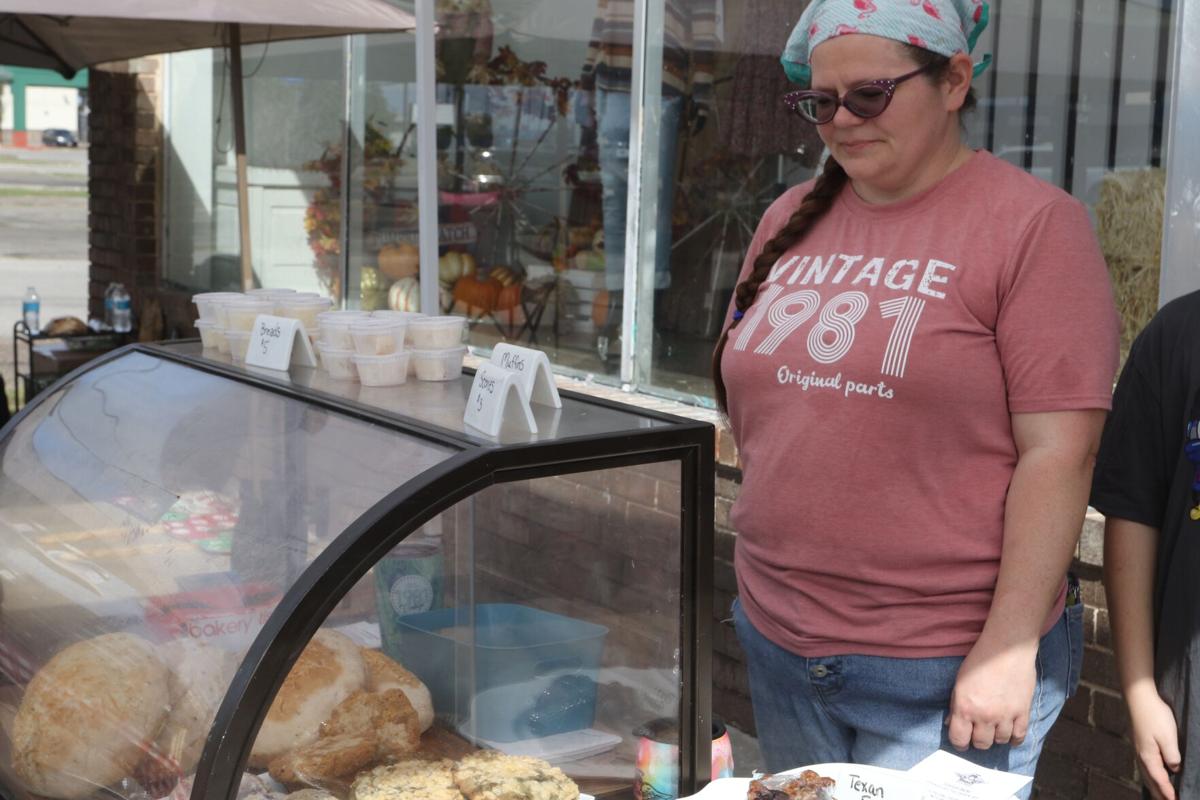 Jamie Hessel looks at a container of her baked goods Sunday. 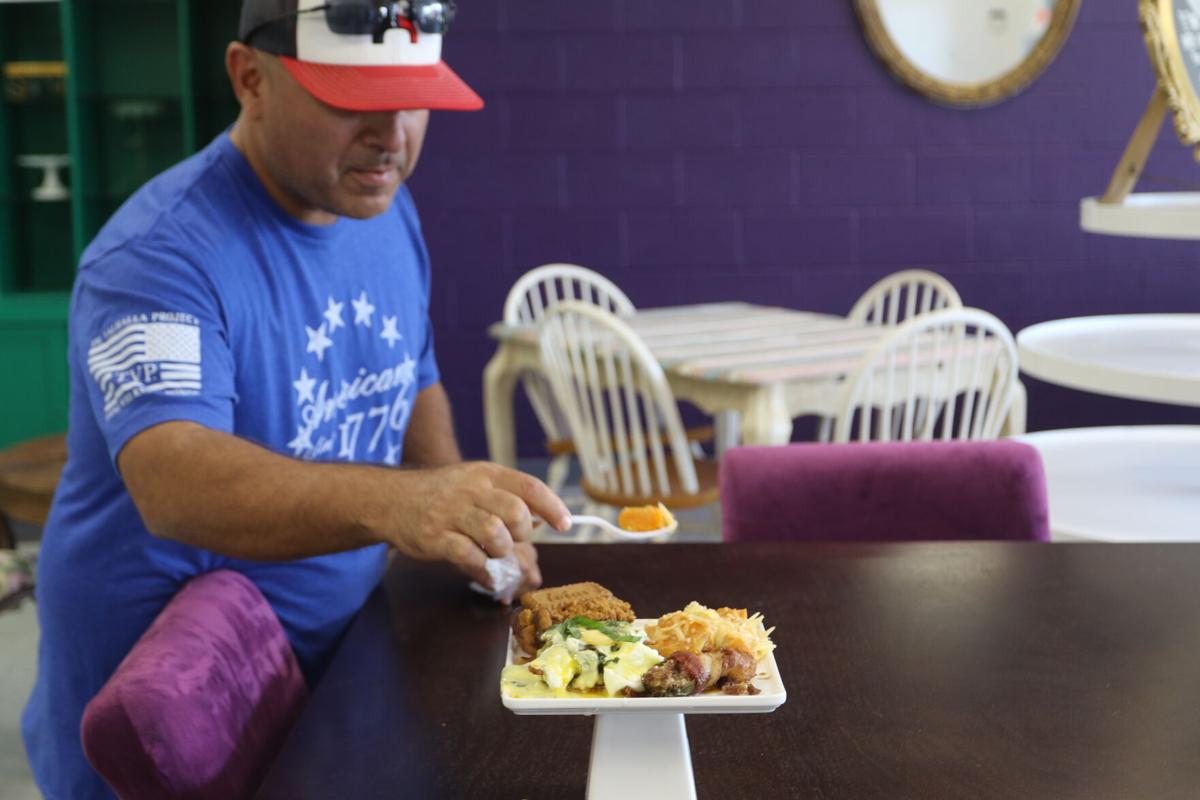 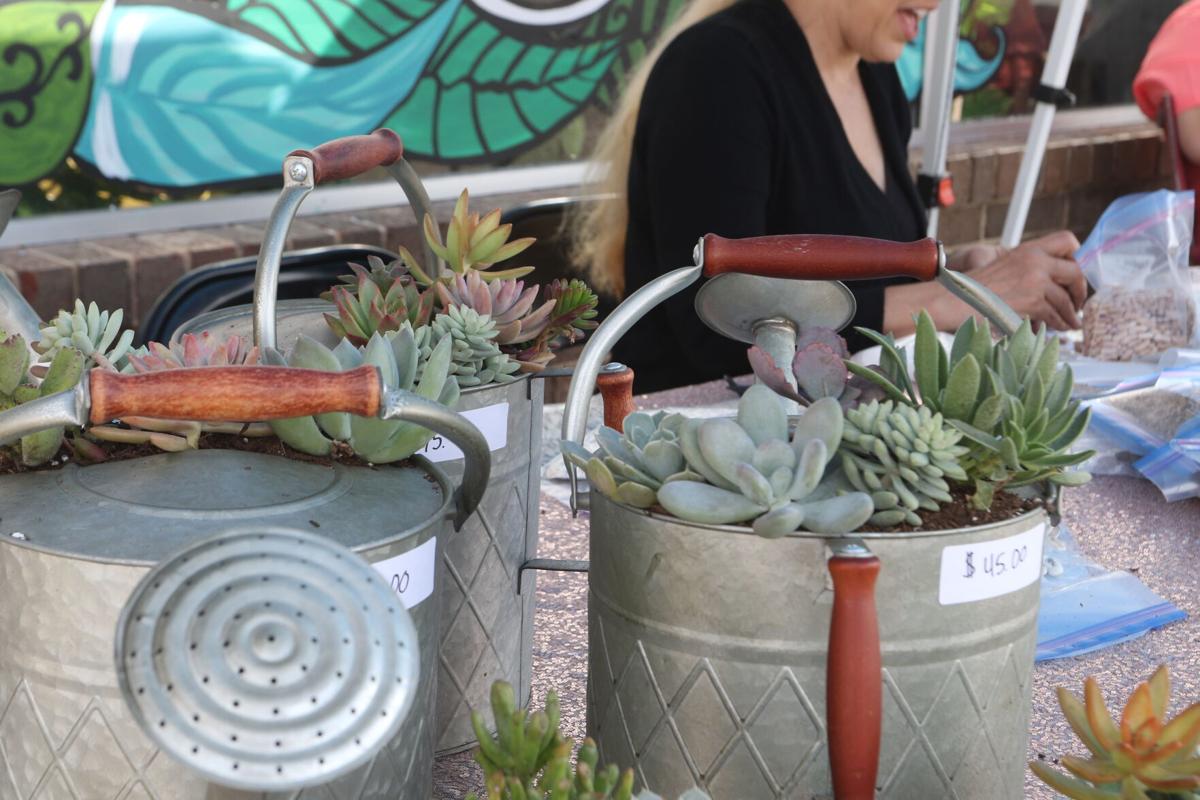 Succulents for sale at the Boujee on the Bay market Sunday. 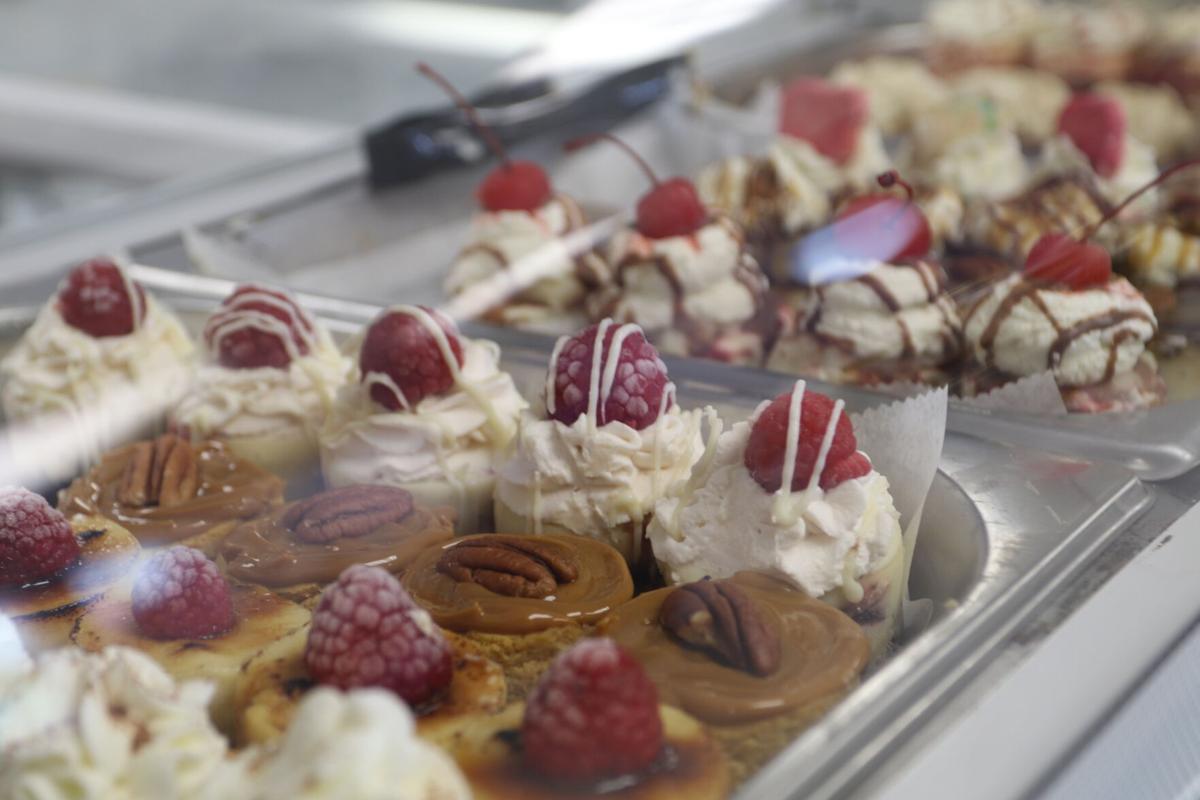 Trays of sweets for sale at Mad Batter Cheesecakes Sunday.

Suezhanna Arredondo fills a reusable K-cup with her home-roasted blend of coffee Sunday.

Jamie Hessel looks at a container of her baked goods Sunday.

Succulents for sale at the Boujee on the Bay market Sunday.

Trays of sweets for sale at Mad Batter Cheesecakes Sunday.

PORT LAVACA — The Boujee on the Bay Farmer’s Market in Port Lavaca bustled with activity Sunday.

As the sun shone down on the market along Virginia Street, vendors set up stalls to hawk their wares. Customers filled their bags with locally made products. Tables were covered in colorful homemade crafts, fresh baked rosemary brioche bread and home-harvested honey and eggs.

Past a table covered with vibrant succulent plants was the entrance to Mad Batter Cheesecakes. Anyone who ventured through the door could treat themselves not only to delicious sweets, but also a special one-day-only brunch for the market consisting of fried green tomato poached eggs, smoked gouda scalloped sweet potatoes, candied jalapeño poppers and Nutella biscoff donuts.

The market, which began in July, is a way for local small businesses to get their start, organizer and owner of Mad Batter Cheesecakes Brittani Riccio said.

“I have always been super into supporting small businesses,” Riccio said.

The market is a growing monthly event that gives a home to local businesses looking to establish themselves.

Though Riccio’s now owns a brick-and-mortar business, she said she got her start operating as a vendor at markets much like Boujee on the Bay, which she runs in her parking lot.

“I’ve always done a lot of vendor events,” she said. “That’s how I did my marketing.”

Some of the vendors at the market are hoping to replicate Riccio’s achievements, like baker Jamie Hessel.

Hessel normally rents space in Mad Batter Cheesecakes to sell her baked goods and savory pies, but the market is a chance for her to place her Weed’s Sweet Shoppe products at the forefront, she said.

“I set up out here today to show off the breads,” Hessel said. “Eventually I’m hoping to relocate and move out.”

Coffee roaster Suezhanna Arredondo, of Goliad, sells home-roasted coffee under the Screaming Eagle Roasters brand at the market with her husband Bo Arredondo. Boujee on the Bay is the only market they sell from for now, but now that the couple has moved to Goliad they plan to sell their coffee at markets there as well as open a small shop.

Connection to local products and people is a major reason people shop at farmer’s markets.

“It’s more personable, the connection you have with everybody,” Riccio said.

Before she began roasting and selling her own coffee, Arredondo had quit drinking it entirely.

“I don’t like the flavor of store-bought coffee,” she said. “I quit drinking it.”

After roasting her own coffee beans, Arredondo fell back in love with the flavor of the drink. She first began selling her product at the market in July, and excitedly recalled asking her first-ever customer for a photo to remember the occasion by.

According to the Farmers Market Coalition, 85% of farmers travel less than 50 miles to sell at markets, and more than half travel less that 10 miles.

Though the market only opened in July, it is expanding.

Beginning early next year, Boujee on the Bay will partner and combine with Port Lavaca’s Depot Days, Riccio said. It will also move out of the Mad Batter Cheesecakes parking lot and to the old train depot at the corner of Virginia and Railroad streets.

The market schedule will also ramp up, Riccio said. Instead of just being held on the third Sunday of each month, it will take place every Sunday.