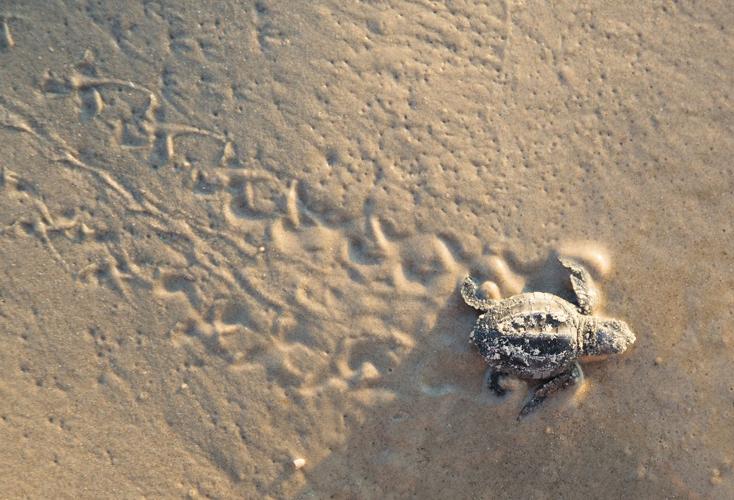 A Kemp’s ridley hatchling scurries toward the Gulf of Mexico, leaving marks in the sand at Padre Island National Seashore. 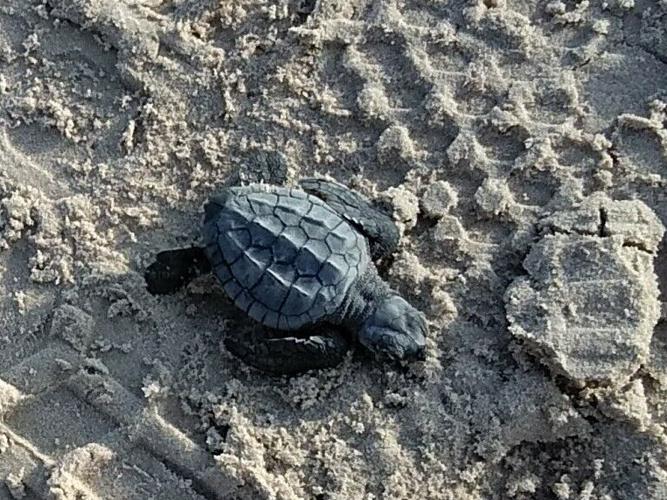 A baby sea turtle crawls along the sand. 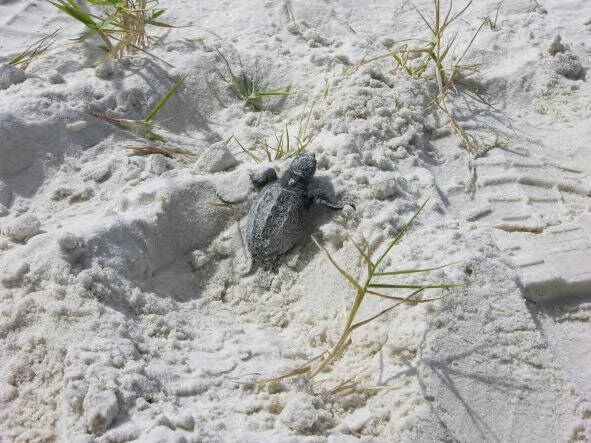 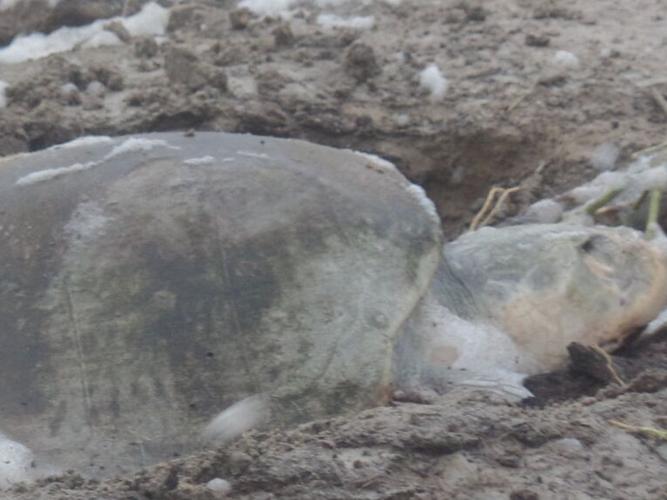 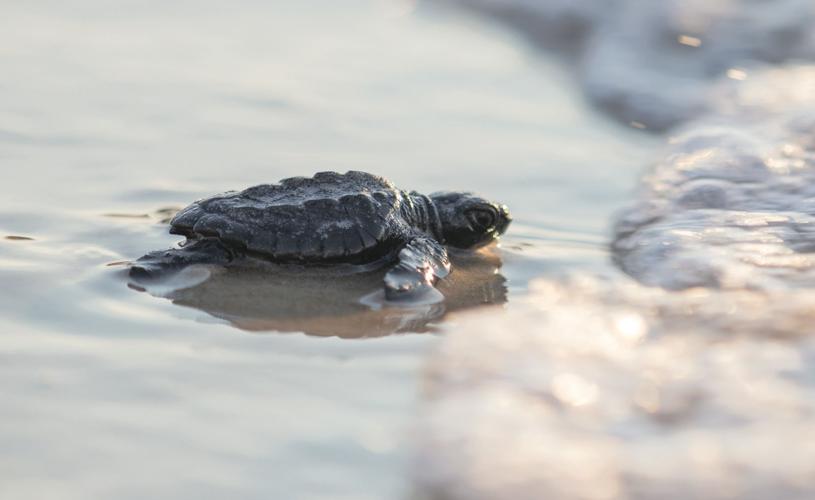 With another turtle nesting season ending earlier this month, advocates of the sea creatures turn their attention to protecting habitats along the Texas Gulf Coast.

Matagorda Bay turtles are the newest subject in an amended lawsuit filed June 30 by environmental activists against the Matagorda Ship Channel Improvement Project designers, the U.S. Army Corps of Engineers. The additional content says the dredging of the proposed project path may destroy turtle habitats.

Texas Sea Grant Director Pamela Plotkin, who led a sea turtle study that was part of the broader Matagorda Bay Ecosystem Assessment, said there is “definitely overlap “ between the path of the ship channel plan and the locations of the known turtle habitats. Such a coincidence requires frequent communication between government organizations under Section 7 of the Endangered Species Act, Plotkin said.

“Whenever there’s a proposal from a federal agency, they have to work with other federal agencies that focus on protecting wildlife,” Plotkin said.

The plaintiffs in the lawsuit, which include the Turtle Island Restoration Network, have called for the Corps to write a similar report. The demand for a new “supplemental environmental impact statement” became more intense after an evaluation released by Texas A&M-Corpus Christi researchers estimated that 800 acres of oyster reefs and 1,000 acres of seagrass beds would be removed during dredging activities.

In its 2019 report on the ship channel dredging plans, the Corps stated it would remove and replace around 130 acres of seagrass beds.

The green sea turtle, the most common turtle species in Matagorda Bay, sticks to a diet of seagrasses and algae because it is an herbivore, Plotkin said.

One of the other bay species, which happens to be Texas’ state sea turtle, has different tastes.

The Turtle Island Restoration Network documented 275 Kemp’s ridley nests in Texas this year — three of which were found on the Matagorda Peninsula, while one was sighted on Magnolia Beach.

“The BP oil spill in 2010 killed blue crabs living near Louisiana. When the Kemp’s ridleys migrated to the area, they struggled to live because of the crab deaths,” Steinhaus said.

A lack of available food for sea turtles is part of a broader issue. Steinhaus and other environmental advocates are concerned the dredging of the ship channel would resuspend mercury from the historic Alcoa Superfund site.

In the late 1980s, Texas state officials called for a closure of a section of Lavaca Bay where local wildlife had been exposed to mercury from Alcoa’s chlor-alkali plant in Point Comfort, which operated between 1966 and 1979.

“Lots of time and money was spent on fixing the issues with the Superfund site,” Paul Montagna, a researcher at Texas A&M-Corpus Christi, said last month. “The purpose of the cleanup process was to bury the mercury, and this (channel expansion) project does the opposite.”

A 2020 study cited by Montagna and his research team in a report published last September observed the lowest amount of mercury in fish tissue since the Superfund cleanup began.

“If they cover seagrasses, which I assume they wouldn’t do, it could contaminate areas outside the (Superfund site),” Steinhaus said.

Plotkin said the health effects of mercury poisoning for sea turtles is currently unclear. However, some known behaviors do paint a picture of what could happen.

“Sea turtles can swim and move to a new area. Oysters and seagrasses can’t move, so the presence of mercury could affect the food chain.”

The February 2021 winter storm that rolled through Texas killed hundreds of turtles living along Matagorda Bay, Plotkin said. Prior to the event, the state’s turtle population had increased steadily since the 1980s.

During a March meeting between the environmental coalition and the Corps in which the coalition requested the Corps to submit a new supplemental environmental impact statement that addressed the TAMU-CC findings, Steinhaus said. When the Corps refused to do so, the Turtle Island Restoration Network and four other groups filed suit.

The Advocate reached out to the Corps’ Galveston District for comment on the turtle habitat concerns, but did not receive a response in time for publication. The Corps had previously said that it would refer questions on the ship channel lawsuit to the U.S. Department of Justice. The DOJ declined to comment, “As the matter is pending litigation.”

Plotkin said she hopes the environmental organizations will work with the Corps to come to a resolution that would ultimately sustain a “beautiful area.”

“Every problem contains the seeds of its own solution,” she said.

A lawsuit filed in May details environmental concerns with the planned expansion of the Matagorda Ship Channel.